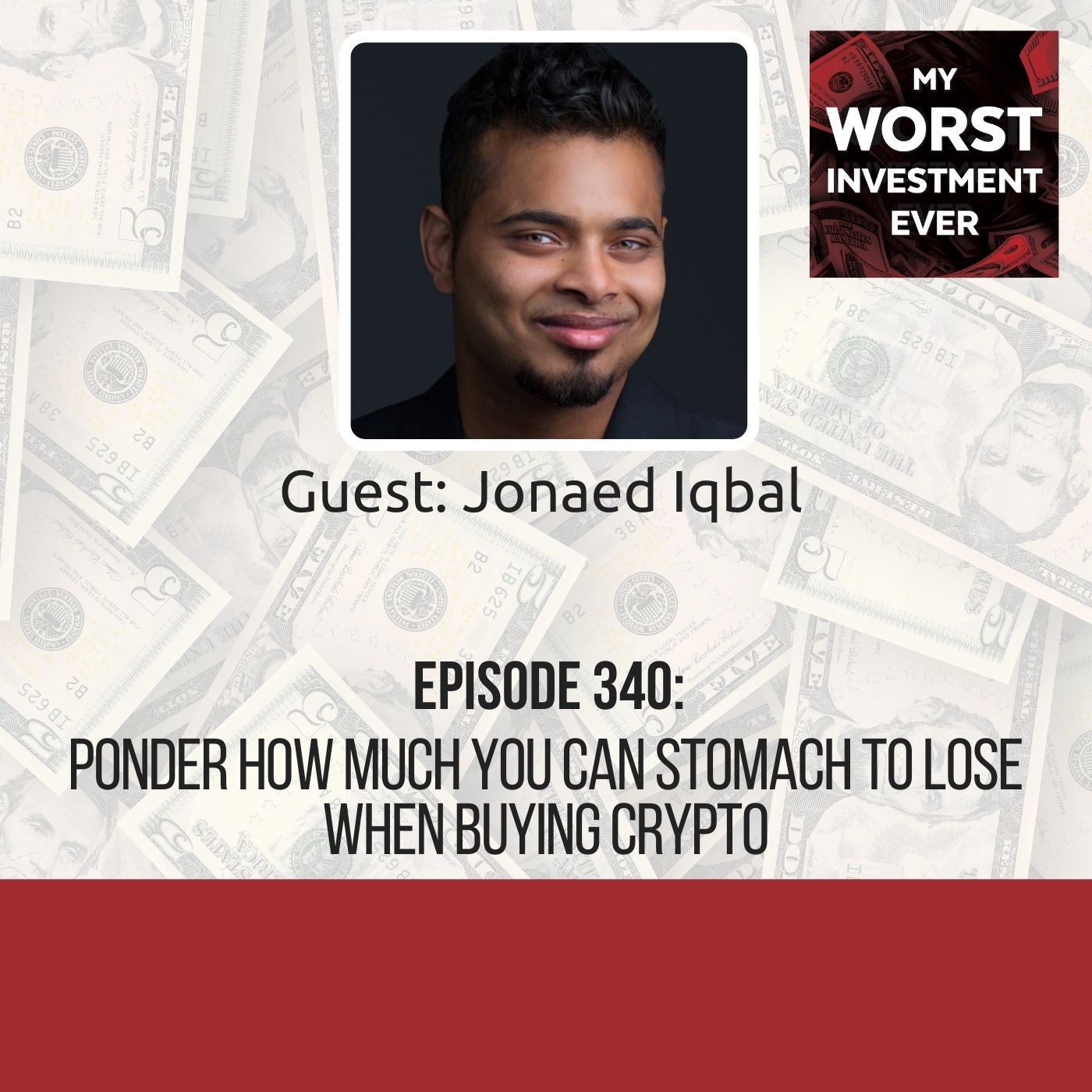 BIO: Jonaed Iqbal is set on shattering the stigma associated with hiring people without college degrees. It is no surprise that he founded NoDegree.com, a platform with job listings that do not require college degrees.

STORY: Jonaed invested $800 in Bitcoin when he was in college. He was lucky enough to sell when the price was high and just before it crashed. Fast-forward to 2017, Jonaed decided to use his credit card to invest $20,000 in several cryptocurrencies. He lost it all two months later. He is still paying the credit card debt.

LEARNING: Only invest what you can afford to lose, especially when buying crypto. Start small and invest 70% of your money in Bitcoin and 30% in the top three cryptocurrencies at the time.

“Only invest what you can afford to lose and go to sleep at night without worrying.”

Jonaed bought his first Bitcoin by accident. A friend who was sort of into shady activities needed some money. He told Jonaed that he had some Bitcoin that he was selling at $34.5. Jonaed called another friend, and together they bought 35 coins.

Regulations make it hard to sell

Jonaed and his friend were trying to figure out how to sell their Bitcoin, but there were many hurdles at the time. Fortunately, they managed to create an account to sell their coins. As soon as their account was verified, the price shot up to $260. They sold their coins immediately. Then Bitcoin crashed three hours later.

Jonaed made $4,000 from an investment of about $800. He used the money to clear his credit card bills and other student bills.

Around December 2017, Bitcoin started going through a boom. Jonaed decided to invest again; this time, he was going to go big. At the time, you could buy Bitcoin using a credit card, and Jonaed had a decent limit amount of about $20,000.

Jonaed figured that he would either become a millionaire or lose some money, but either way, he would go big. He ended up buying cryptocurrency worth $20,000.

A month or two later, crypto crashed. Jonaed had invested in several coins, two of them were useless coins, and the rest still lost him money. Jonaed is still paying his credit card debt.

Only invest what you can afford to lose

Start small when buying crypto for the first time

If it is your first time investing in crypto, start with a small position between zero and 3% of your total assets. Then from there, you may decide to get bigger and better.

When buying crypto, do not just settle on one. Buy Bitcoin with 70% of your money. Then find the three best cryptos to invest in and use the other 30% for the three.

Be careful, and sleep on it. Think about if the investment does not go your way, how will the loss affect your life? How much loss can you handle, 50%, 90%, or even 100%?

Jonaed’s number one goal is to grow his podcast listenership base and increase traffic to his website. He would also like to pay off his credit card debt in the next couple of months.

“Crypto is hot right now. So be careful not to make the same mistake I did.”