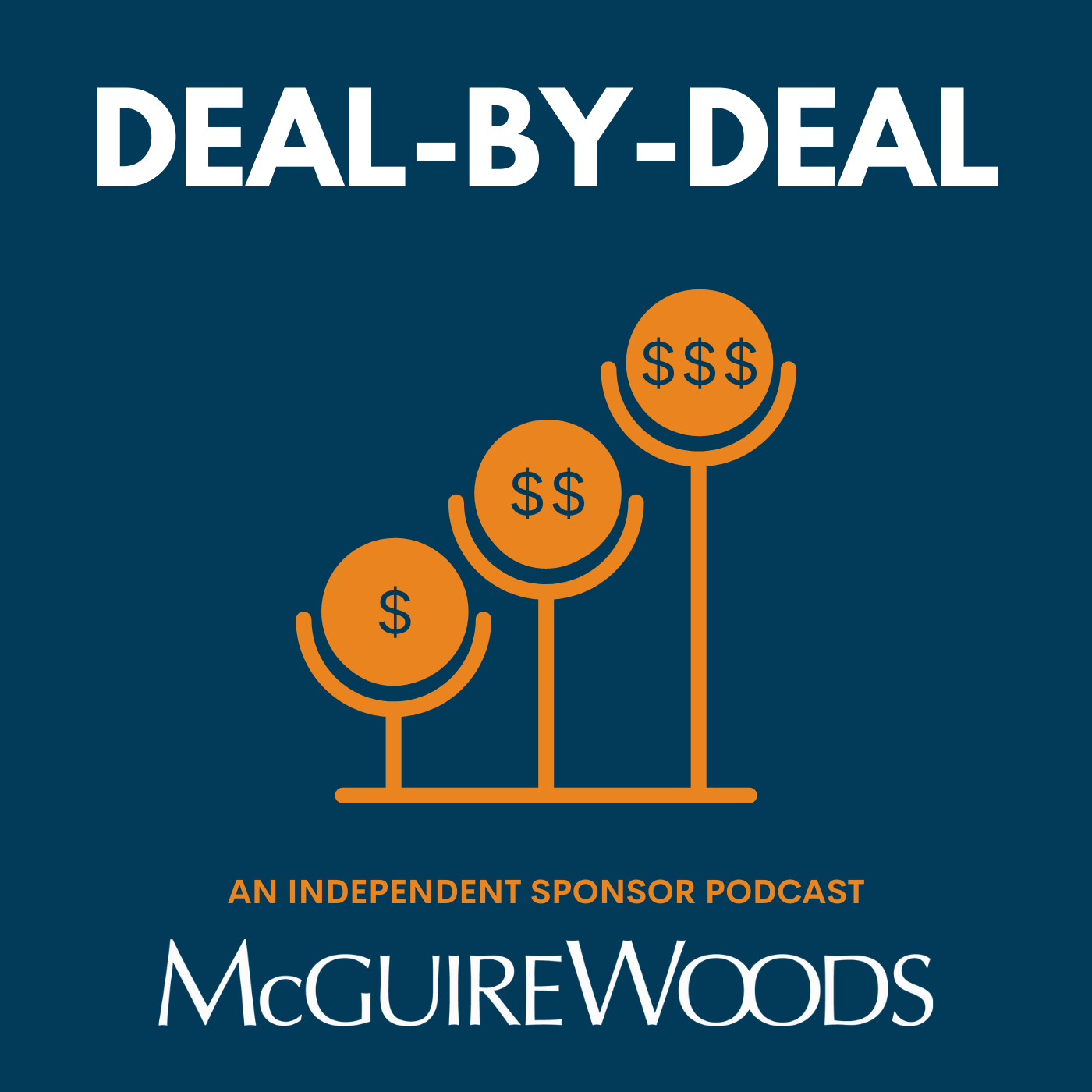 What happens when a letter of intent (LOI) doesn’t accurately capture the economics of a deal?

These questions and others pertinent to independent sponsors and professionals who employ the independent sponsor model are the kind of topics to be explored on Carried Interest, a new podcast from the legal experts at McGuireWoods.

The inaugural episode of the podcast opens with McGuireWoods Partners Greg Hawver, Rebecca Brophy, and Jeff Brooker sharing lessons learned working on middle-market private equity M&A at the ground level. Later on, McGuireWoods Partner Bryan Bylica joins the podcast to share important updates about the expansion of the PPP program.

As the episode kicks off and the partners trade “war stories,” Jeff highlights an incident when an LOI wasn’t consistent with the waterfall calculations (and how it was ultimately resolved).

“We really did spin our wheels with a bunch of changes, trying to draft an LOI that didn't reflect the business deal,” he recalls “And then the LOI was not as advantageous to the independent sponsor as a traditional carry would have been,” he says on the podcast.

The lesson? Don’t try this (drafting an LOI) at home. Legal assistance can help a deal move more smoothly and there’s a huge advantage to having efficient documentation from the start.

Tune in to this episode to learn the three components of a conventional independent sponsor deal, to gain an understanding of recent trends in the PPP loan program, and hear other lessons learned “in the trenches” of middle-market M&A.

Speciality: Bryan focuses on private equity and venture capital transactions, mergers and acquisitions, and securities and corporate finance. He routinely works with independent sponsors and capital providers, including family offices, in all levels of the capital stack to put together lower middle market deals across a breadth of industries.

★    Get familiar with the three components of an independent sponsor deal (and how to account for carried interest). Conventional deals include three components: The closing fee, an ongoing management fee (usually based on EBITDA) and then the carried interest. Jeff explains: “The carry is typically the biggest piece of independent sponsor economics, and that is the independent sponsor gets a percentage of the profits that would otherwise be paid to the capital provider. That carry will typically take the form of a series of hurdles with steps based on IRR [Internal Rate of Return] and/or multiple of invested capital. And at each set of hurdles, the carry percentage will be higher.”

★    Always be on the defense when it comes to NDAs. If you have a lockdown company as an independent sponsor, Rebecca and her McGuireWoods colleagues highly recommend making sure that your NDA includes non-circumvention language in advance of talking to any capital providers. In addition, checking your NDA to ensure it has the right provisions is something easy for attorneys to do on the front end.

★    Be aware of PPP trends and changes. Congress approved a second round of PPP funding, and Bryan says it's a smaller round than the first (the maximum loan size is $2 million). It’s important to understand the improvements, some of the pitfalls (such as how they've narrowed the scope of who can apply) and that forgiveness applications for round one are starting to get processed “because if you've got an unresolved PPP loan from round one, you'll be able to apply for round two.”

[01:11] Introduction: Get to know podcast the co-hosts and the new initiatives at McGuireWoods, including the firm’s annual independent sponsor conference.

[11:16] Out on the battlefield: The hosts (starting with Jeff) share recent “war stories” from their work in M&A transactions, especially those involving independent sponsors.

[16:00] Deal or no deal?: Jeff explains the three components to a conventional independent sponsor deal: the closing fee, an ongoing management fee (usually based on EBITDA) and then the carried interest.

[21:09] Eye on the prize: Greg touches on numerical hurdles and why they sometimes distract us from the more critical components that have much greater effect than whether it's 3.5 or 3.0.

[23:57] Cover your bases: Rebecca explains why, if you have a lockdown company as an independent sponsor, McGuireWoods highly recommends making sure that your NDA includes non-circumvention language in advance of talking to any capital providers.

[28:00] Get it while it’s hot: Bryan Bylica introduces himself and provides an update on additional expansions of the PPP program — how the scope of who can apply has been narrowed, how it’s a smaller round than the first, etc.

[32:51] The sequel is never quite as good: Bryan explains why we’re seeing (anecdotally) fewer lenders in the market for PPP round two (what has a lot to do with decreased incentives for banks).

[37:05] Front page news: Bryan offers his opinions on how PPP loans were portrayed (and who was doing the digging) in the media and how it could affect companies.

[39:47] There’s always a downside: Bryan explains the biggest pitfall of the program, which comes about when the PPP lender doesn't want to serve as the escrow agent, meaning you're not technically compliant.

This podcast was recorded and is being made available by McGuireWoods for informational purposes only. By accessing this podcast, you acknowledge that McGuireWoods makes no warranty, guarantee, or representation as to the accuracy or sufficiency of the information featured in the podcast. The views, information, or opinions expressed during this podcast series are solely those of the individuals involved and do not necessarily reflect those of McGuireWoods. This podcast should not be used as a substitute for competent legal advice from a licensed professional attorney in your state and should not be construed as an offer to make or consider any investment or course of action.