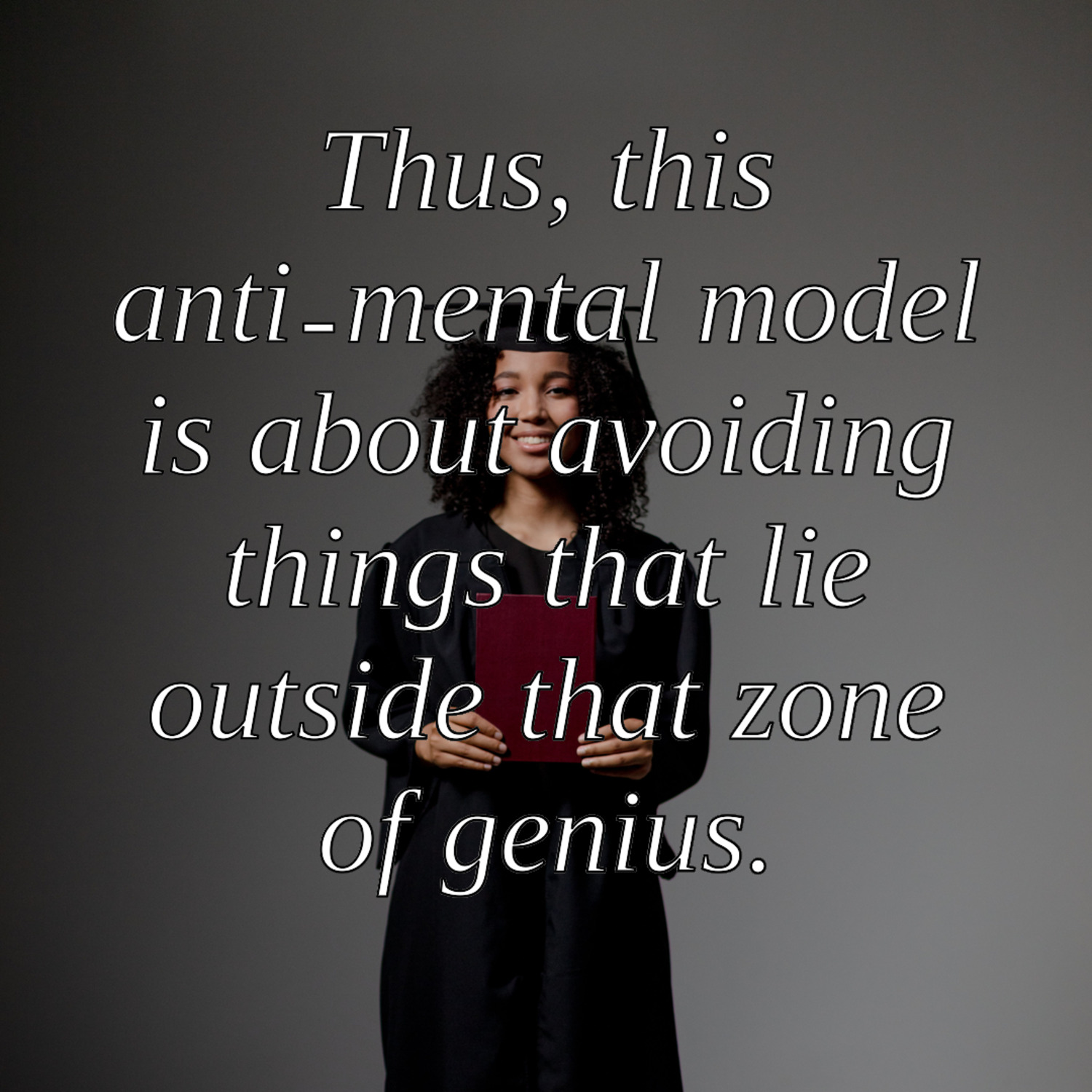 All of us have natural advantages in some things, and despite how hard we work, we will never be more than mediocre in other areas. Recognize your strengths, and while you shouldn't stop trying to improve upon your weaknesses, understand where you will have the most impact.

It's good to be ambitious and expand your skills and learn as many things as possible. We can all do this to an extent. We will never grow if we don't leave our comfort zone and try new things. But the point here isn't about growth; it's about actual performance. A select few of us seem to have otherworldly talents in just about everything we pursue, but for our purposes, let's assume we don't fall into that category.

He's one of the most talented and versatile musicians you could ever hope to come across. He's an exceptional pianist who can read sheet music by sight (an increasingly rare skill to have these days) and can figure out songs by ear. He parlayed some of this talent into musical theater, where he discovered he was a surprisingly good actor and a shockingly soulful singer. Mike could do almost everything to a high degree of competence in the musical theater world.

But Mike could not dance. He had great rhythm, great timing, and a great sense of tempo. He could execute all of it flawlessly when he played or sang. But he just couldn't put it together and dance to save his life. This didn't stop him from auditioning for parts that required a fair amount of dancing. These auditions became a great source of amusement for others who were watching and a painful source of embarrassment for Mike.

He shot himself in the foot, because while he was being offered a multitude of parts that were light on dancing and heavy on all of his other talents, he stubbornly insisted on being the classic "triple threat" of dancing, singing, and acting. Sooner rather than later, casting producers realized he wouldn't accept their offers, and the offers stopped coming.

Mike was operating outside of his zone of genius. He lacked the self-awareness to know what his strength and weaknesses were and capitalize on them. He insisted on acting as if he would have similar efficacy and performance in all three areas (dancing, singing, acting) because they were all related. He was wrong. Don't be like Mike.

It's great to be proficient at a lot of things. But it's also great - and arguably more human - to know your limitations, and that's really what this anti-mental model is about. There are certain things you will never develop great acumen or ability in. Recognizing those limitations is a part of developing who you are as a person. It's not an acknowledgment that you've failed at life, just that you will fail at this one particular thing. So accept it, avoid it, and stay where you are naturally talented. It's where you are most effective and even feel the best.

Just to reiterate, feel free to develop that range of abilities as much as you see fit. But recognize that you will always have a calling card or a set of skills that you are naturally better at. Don't feel ashamed or embarrassed about having restrictions - instead, feel confident about what you can do.

Here's what Charlie Munger (yes, again) had to say on the topic:

We'd rather deal with what we understand. Why should we want to play a competitive game in a field where we have no advantages - maybe a disadvantage - instead of playing in a field where we have a clear advantage?燛ach of you will have to figure out where your talent lies. And you'll have to use your advantages. But if you try to succeed in what you're worst at, you're going to have a very lousy career. I can almost guarantee it. To do otherwise, you'd have to buy a winning lottery ticket or get very lucky somewhere else.

That Munger guy is good.