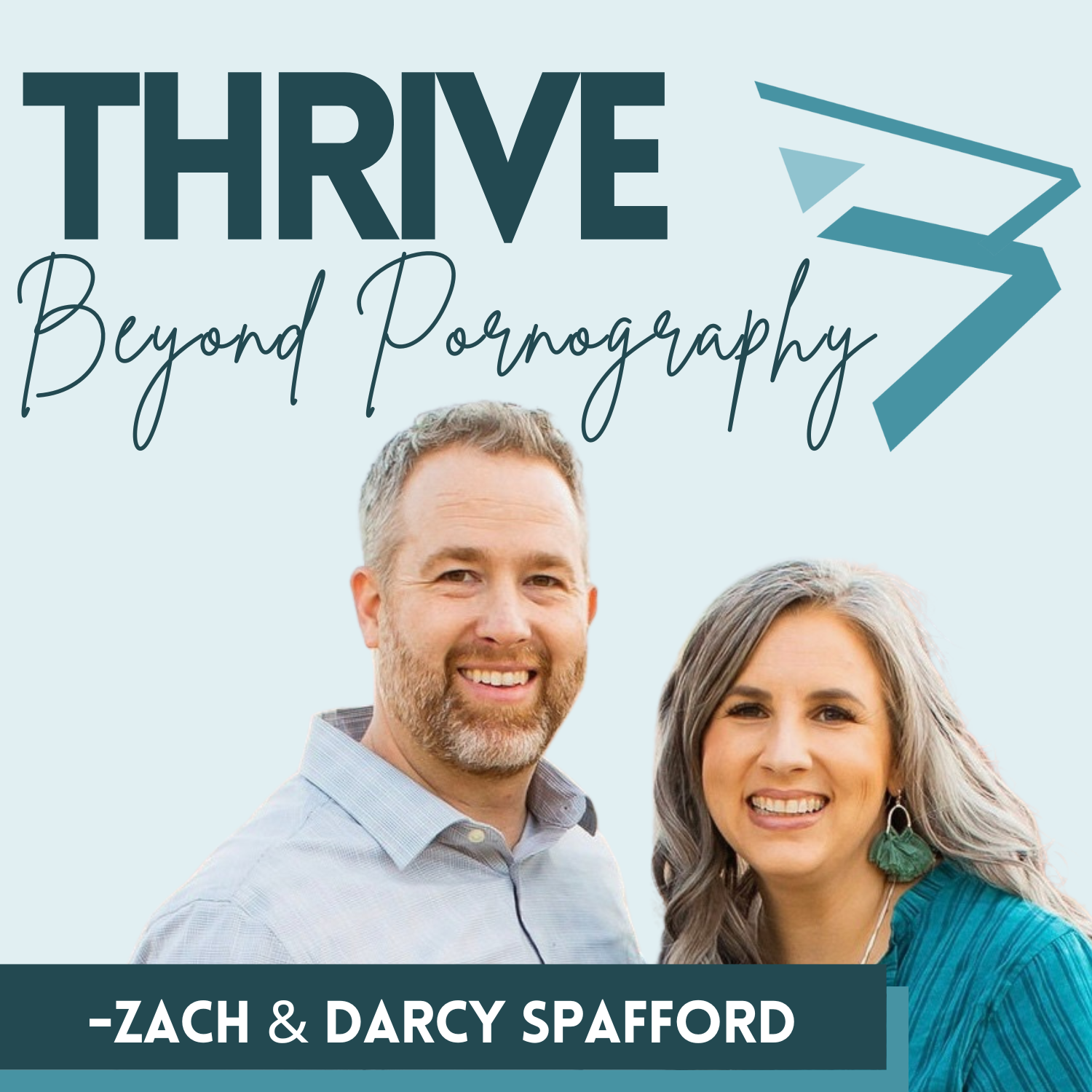 Register for this month's webinar:

There are three natural roles that we tend to gravitate to in our relationships with others.

Steven Karpman codified these in what he called the drama triangle.

Understanding how these roles work can really help each of us figure out where we are in this space and then, ultimately move out of the triangle into the fourth role that is where we all want to be.

The thing about these roles is that we tend to occupy each of the roles at some point or another.  When it comes to our behavior, and especially addictive behaviors that we want to stop, this can be a real stumbling block to real progress in the search of becoming the best person we can be.

The other thing is that how you move from each of the roles in the drama triangle to the role that you ultimately want in order to maximize fulfillment and minimize the pain that you are creating and feeling is slightly different.

The three roles in the drama triangle are – victim, villain or prosecutor and hero or rescuer.

The role that you want to have and the one that will bring you the most long term satisfaction is that of what I call the owner.

Let’s take a look at each role and then we’ll talk about how you can move out of the drama triangle and into the owner role.

This is probably the most self-explanatory  role.  When you are the victim you feel powerless, helpless and stuck.

For someone that is dealing with pornography use as the user, they might think, “I’m an addict” or “I’m powerless against my addiction”

For someone who is working at a job they might think, “This is the best job I’ll ever get, I can’t leave it”

For a spouse of someone who is overeating they might think, “I’m stuck with this person forever.”

At it’s most extreme These are people who believe that the world is happening to them.  Nothing goes right in their life and nothing good ever happens.

You might describe them as an energy vampire.  Always sucking the energy out of life and unable to give anything back.

The issue with being the victim, as you might have surmised, is that, in their mind at least, nothing is their fault, nothing is in their control and they can do nothing to make their life better.

This is the person who is self righteous and can even show up as a bit of a bully.

In this role the person taking responsibility for the actions of others.  They do this from a judgmental and self-satisfied tone.

In a marriage this person might believe, “my husband just needs to stop looking at pornography, it’s that simple”

At the office this might look like, “If accounting doesn’t like the way we are doing this, then they can come up here to sales and do it themselves.”

As a parent you might get something along the lines of, “I saved your butt once before on this, you never learn, I don’t know why I even try”

In that last one you can see how fluid these roles can be, in that you see someone might have been the hero before, but now they are really laying into the other person.

This is the person who will come in and spend a lot of energy in a short period trying to fix someone else’s issues, often at the expense of their own

So this is a person who may believe something like, “if I help this person they will appreciate me”

When spouses fill this role it often looks something like being in charge of your partner’s internet browser.  It may be that you become their exercise or diet plan creator.   This could be a husband who is always stepping in to fix their wife’s spending issues.

This may also be a parent who is always standing in for their child to keep them from facing consequences of their actions.  Like not getting good grades and asking the teacher for extra credit or arguing that a paper might deserve a higher grade.

When this happens at work, you may come in and help out a colleague who is consistently underperforming or really, not even qualified to do their job in a way that enables them to continue that way.

Unfortunately, for the rescuer, this often creates a pattern that can create resentment that puts them in the victim role when the person they try to rescue now becomes dependent on them.  The hero also may resent the people they rescue because they don’t feel as though they have been properly thanked or that the person they rescued doesn’t like them enough.

often, people in this role feel empty in the end because they are seeking external indications that they are a good person who others love because of what has been done for them.  As we’ll see when we talk about the owner, this is a red herring chase for a sense of self confidence, self esteem or self love that can only come from within

Interestingly, to me at least, is that the relationship between the hero and the victim is essentially the plot of every romantic comedy.  Person “a” , usually a woman, has a problem they can’t solve.  Person “b”, usually a man, comes up with a solution.  Boom they fall in love, everyone lives happily ever after.

This is also a significant source of friction when we think of young men and young women when they get married.

Young women often think as the victim, “I’ll marry this perfect man who will solve all my problems and take care of me the rest of my life”

Young men often thing as the hero, “I’ll marry this amazing woman who I’ll take care of for the rest of my life”

Those are natural roles that we gravitate to but they are not exclusive and women also seek to be the hero and men the victim as often.

They might think, “when my son yells at me because I won’t turn on the internet, that is him dealing with his emotions. I don’t need to lose my cool or give in.”

Between spouses this might look like, “When my husband looks at pornography that doesn’t mean anything about me.”

As a business owner myself, this really hit home in that everything that goes on in my organization is my responsibility, but not always up to me to fix.  I once had a staffer who wasn’t able to do the work.  It was my responsibility to get it done, but I still held her accountable for the work and was candid in my conversation with her about it.  She eventually left the company because she knew she was unable to do the work.  She fixed the problem because I took on the responsibility for the health of the entire organization.  Had I just come in and rescued her and given her less duties for the same pay with no accountability I would have resented it, she would have eventually resented it because it wouldn’t have been right and the work would still have to be done by me.

As an owner you are not looking outside for someone to satisfy your need to feel love, but creating a sense of self confidence and self esteem are your responsibility and within your power as you work to create the person you want to be.

Let’s take a look at each of the roles int the drama triangle and talk about how we can get out of each. Because no matter which of the roles you occupy, they all eventually lead to feeling powerless and helpless.  Hero’s lose their ability to control or rescue Victims.  Villians feel as though nothing they do will ever be enough.  And victims, well, they start out as powerless and helpless.

To become an owner, you have to start by believing you have the ability solve any problem.

This person will ask themselves, what do I want?  What steps can I take?  How can I take responsibility for the outcomes in my life?

It is important for people who often feel like they are victims to actively look for the things that went right.  Find things that they are grateful each day.  Start with one a day and increase it over time.  Also, look at what you are accomplishing each week.  Look back and figure out what you did do.  Feel free to congratulate yourself and feel proud of the work you’ve done.

This will begin to reorient your mind to what you have control over, how you can impact the outcomes you are looking to create and create actions that you can take.

Next, let’s look at the persecutor role.

This is one of reorienting what you are taking responsibility over.

For instance, when you are working with your spouse on their pornography problem, reorient from, “he’s bad, he’s not keeping his covenants, why won’t he do what I tell him to do with his internet browsing’ which are all things that are out of your control that you are trying to take control of and move to things that are in your control.

This comes in the form of being firm but fair.  That might sound like, “If you choose to look at pornography, I will choose to not be intimate with you until I am ready”.

I want to be clear, if you are choosing to withhold intimacy as a punishment or there is no long term plan for you to get to a place where you are working to return to intimacy, then you may be staying in the persecutor role.

Being firm and fair is a requirement of ownership.  This allows you to own your feelings, set clear and achievable boundaries and recognizes that this is not your problem to solve.

When we want to leave this role, just like in the persecutor role, this is a moment to reorient yourself on the responsibility that you are taking for the situation.

When I think about my kids and how they might be failing their classes or not getting the grades they want, I have to place myself in a position to help them succeed by supporting, encouraging and listening as they work to identify solutions to their grades problem on their own.

Encouraging them, coaching them, and stepping back as they seek to take responsibility for their own grades.

Here you can ask a lot of questions like, What would you like to see happen?  And what do think you can do to change the outcomes here?

In the case of kids, I like to remember that it is much better if they fail 1000 times at home because it will be a softer landing.

When it comes to other adults, this is an opportunity to stand back and recognize that you can’t make other people’s decisions for them.  At work, for instance, If you have a colleague who is consistently failing and that reflects on your work, be open and clear about that, create a paper chain that both encourages them and distances you from their performance.  That doesn’t mean let the work fall flat, because that still has to be done.  But being encouraging, while still being clear about who is responsible for the work will help that person move on or get better.