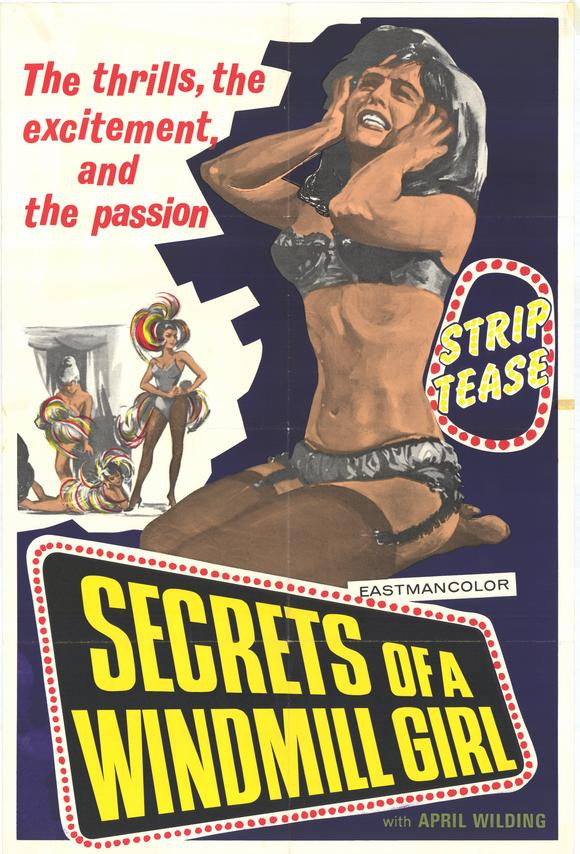 Episode 4: Secrets of a Windmill Girl (1966) and Tales from Tin-Pan Alley

As Adrian elaborates on his wonderful article here, the film “is naive and quaint, depicting the lives of young people in the mid-sixties as filtered through the contradictory viewpoint of middle-aged men, who both gaze with desire at these sexualised women whilst simultaneously condemning them for choosing that lifestyle.”

Lobby cards for Secrets of a Windmill Girl

Adrian brought a whole load of Compton film related ephemera he picked up a few years ago. There are some examples HERE

To kick off the programme Dom attended a screening of the critically-acclaimed and award-winning documentary, “Tales from Tin-Pan Alley”, which is about the history of the UK’s only music street, Denmark Street. The alley has been devastated in recent years by the expansion of Tottenham Court Road station as part of the Crossrail project and Dom chatted to film-maker Henry Scott-Irvine about his groundbreaking film and about the historical significance of the street, one of the most important locations in London’s music history.

Watch the filmmakers discuss their journey on London Live