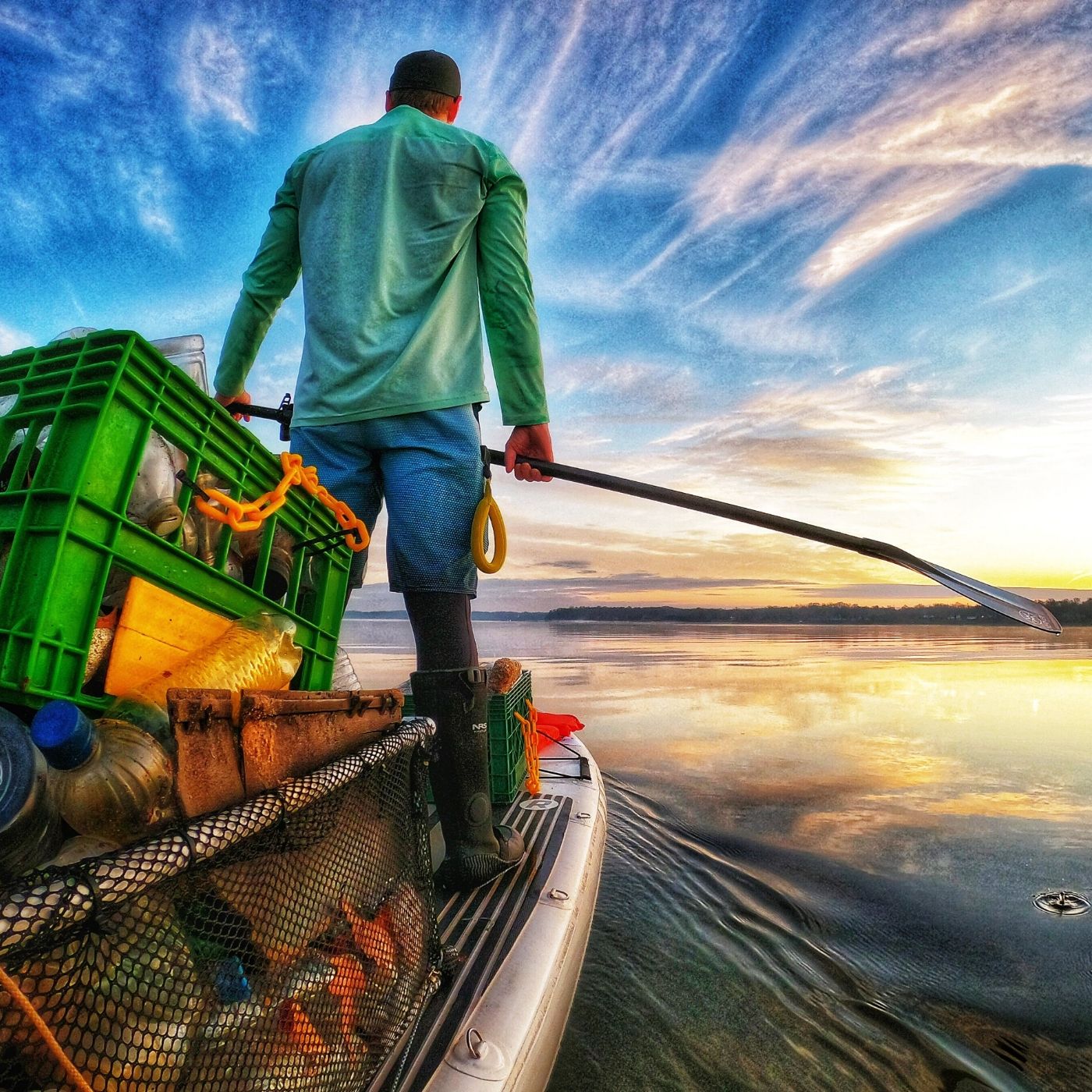 As we start plastic-free July, we've got the perfect episode to get you fired up!⁠

⁠Joe is an ex-surfer who got the stand-up paddle bug in a big way.

His refusal to accept the volumes of trash which found their way into his stretch of the Potomac, turned into a daily ritual.

Every day he gets onto the water using an over sized paddle-board to clear as much garbage as he can from the water.

Alongside the plastic bottles and food packaging, he has discovered some cumbersome, unusual and bizarre items, which he's had to tow, push or stack to get off the water.

Along the way he has won recognition and an award from the French Government for his efforts.

Modest, unassuming, but hugely committed, Joe still loves his fix of 'blue-mind' and the chance to experience the beauty of the river, despite the less glamorous reality of making the water a better place.⁠