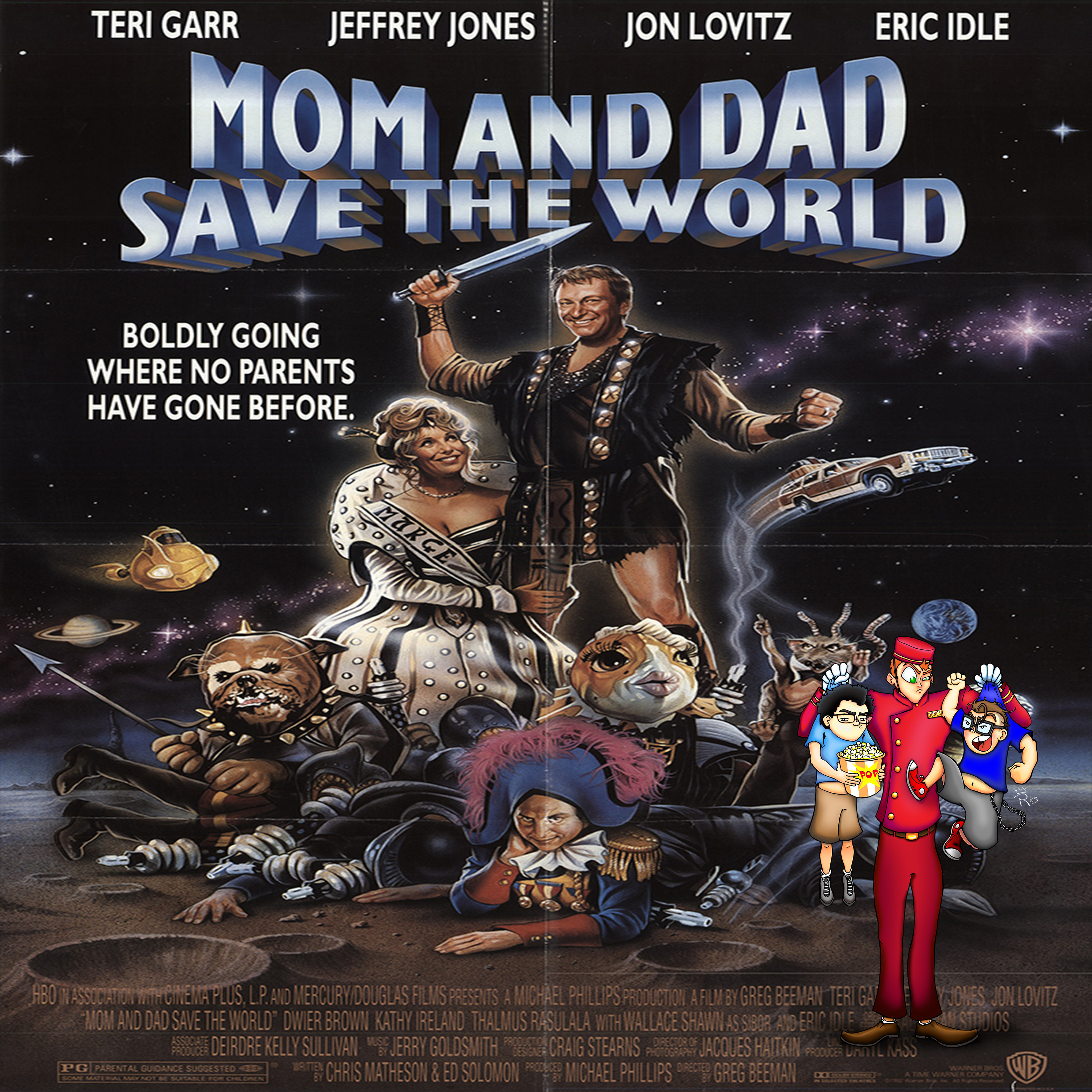 Its Been one year! Josh and Zak kick off Season 2 with Mom and Dad Save the World!

Emperor Tod Spengo sees Marge Nelson and using a giant magnet, kidnaps her and her husband Dick, hoping to make her his bride before blowing up the Earth. He and other inhabitants of his planet are somewhat less than bright, and Dick begins reliving episodes of Flash Gordon and Buck Rogers in order to rescue Marge, save the Earth, and restore the rightful king to the throne.