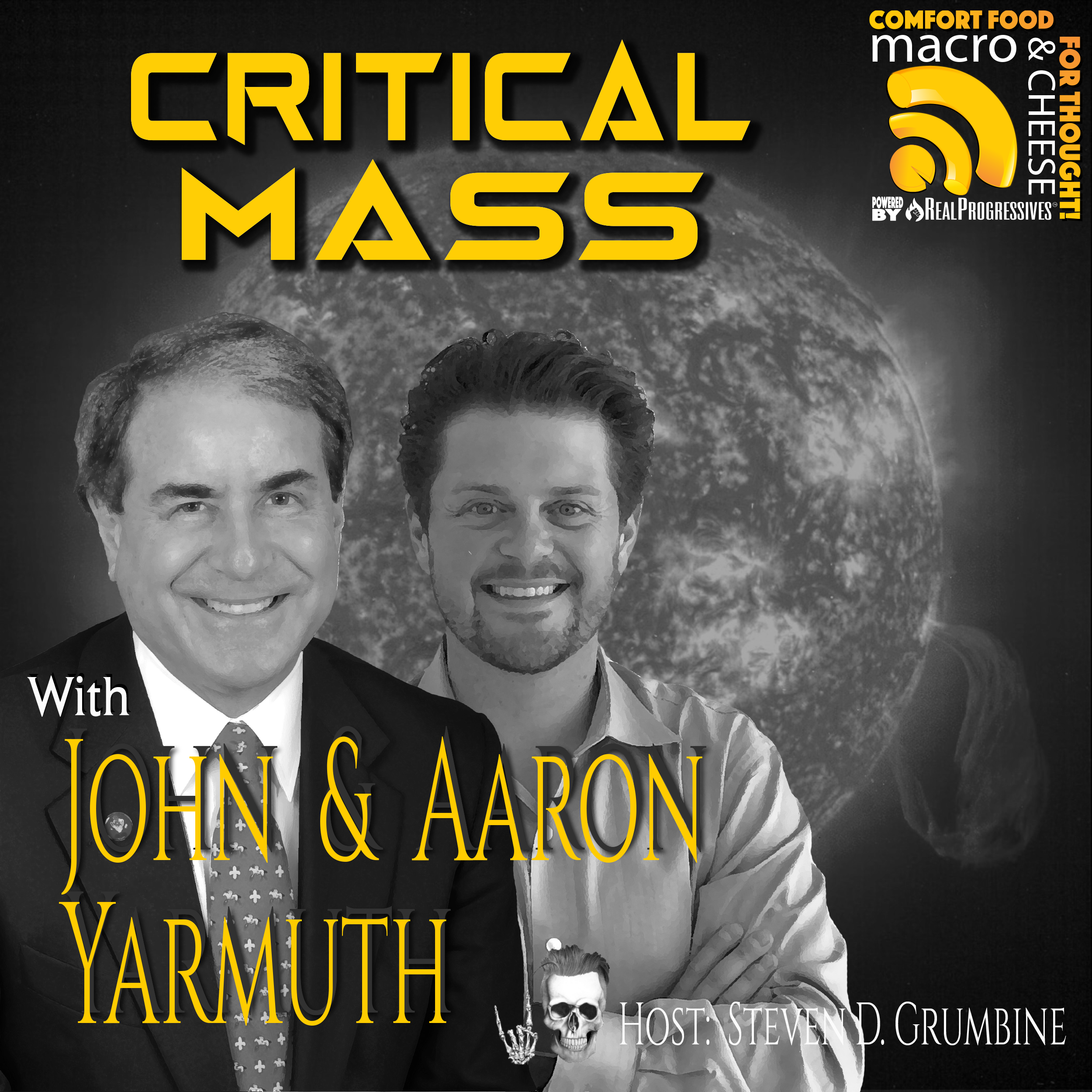 Modern Monetary Theory Has a New Friend in Congress said the headline of a New York Times op-ed earlier this month. That friend is House Budget Committee chair John Yarmuth, the 8th term congressman from KY.

Isn’t it ironic that it’s newsworthy when the chair of the House Budget Committee understands the basic truth about the workings of the US dollar? That it was a bold move for Yarmuth to appear on C-Span and explain how federal financing differs from our household budgets? This is the world we live in, so we take our MMT victories where we can get them.

This week, John and his journalist son, Aaron, talk with Steve about Stephanie Kelton’s The Deficit Myth and how it opened their eyes to the contradictions and absurdities of conventional thinking about our government’s economic policies and the national debt. Instead of asking themselves what the US can afford to do, Congress can now ask what the American people need them to do.

John describes his second term on the budget committee, when the chairman, Paul Ryan, warned of financial Armageddon if they didn’t rein in the growing national debt. As we know, the debt kept increasing and Ryan’s dire predictions weren’t borne out. That’s when John figured we should start thinking about it differently. Thanks to Aaron, he heard about MMT and began learning about it.

Abraham Lincoln said the legitimate role of government is to do for the people what they need but cannot do so well for themselves.

And that certainly relates to spending probably more directly than anything else we do because we are the ultimate banker. We are the ultimate provider and creator of resources. And anybody who's looked at state and local government knows they're not in that same position. And certainly households and businesses aren't.

As grandpa and dad to 2-year old JD, both John and Aaron recognize the true responsibility we all carry. In budget committee hearings, John listens to politicians wail about the burden we’re placing on future generations. He does not fall for it:

Wait a minute. We've been accumulating debt in this country for 230 years. Has anybody ever been asked to pay it back? Of course not ... I'm sure when the national debt reached a billion dollars under Abraham Lincoln, people were saying the same thing: that all future generations are going to have this burden.

Right now, future generations are going to have a burden of an uninhabitable world because of climate change. Our students are going to be studying in 100 year old schools, and we'll have a workforce to be inadequately educated and trained for the jobs of the future. That's the big burden we're putting potentially on future generations if we don't act now and do what we need to do and can do.

Steve talks with the Yarmuths about the MMT “layer cake” concept, which ties the Green New Deal to a federal job guarantee and Medicare for all. While the logic is irrefutable, political reality can get in the way. In John’s experience, the Green New Deal is a lot for the American public to grasp. “If you have to explain everything the way you just did, you've already kind of lost…” This just tells us at Macro N Cheese that we have to keep spreading the word. Knowing that there are people at the highest level of government who have caught on to - and are enthusiastic about - MMT, might give us cause for optimism.

Congressman John Yarmuth represents Kentucky's Third Congressional District in the U.S. House of Representatives. Now in his eighth term, he has served as Chairman of the House Budget Committee since 2019, and also serves on the Committee on Education and Labor.

Aaron Yarmuth is a journalist. Until recently he was the executive editor of LEO Weekly in Louisville. He is currently serving on the board of directors of the Snowy Owl Foundation and the Kentucky Golf Association.