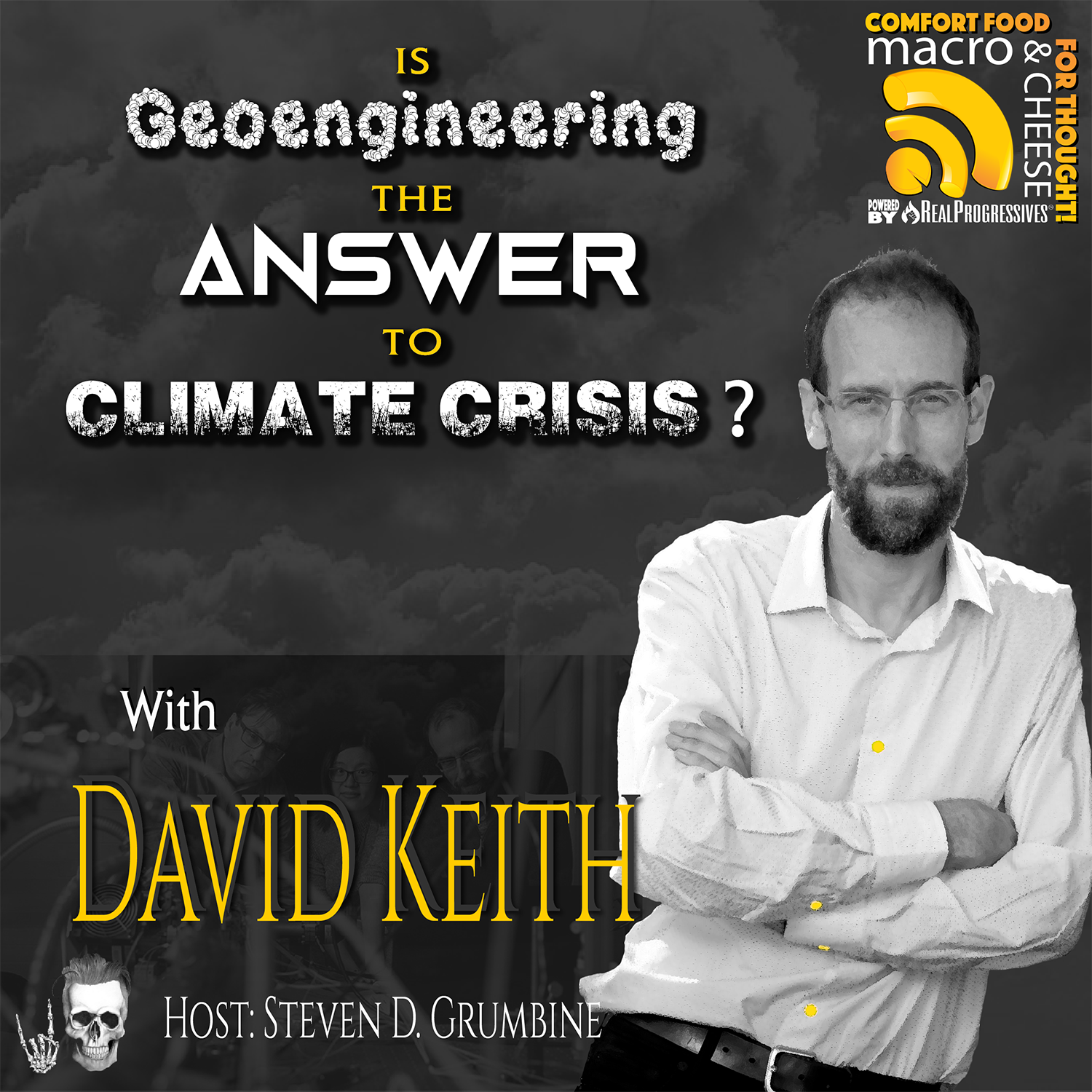 We often talk about climate change on this podcast. The IPCC deadline is hanging over our heads like the sword of Damocles. This week Steve talks to David Keith, a professor of both Applied Physics and Applied Policy at Harvard, and author of A Case for Climate Engineering.

Climate engineering, a term for solar geoengineering or solar radiation modification, would enable us to alter the Earth's reflectivity and reduce some of the climate risks that come from accumulated carbon dioxide. Keith is quick to point out that this is not a silver bullet but should be considered as part of a multi-pronged strategy.

While there’s no way to address climate change without replacing our energy system, it’s not the entire solution. If we stop all CO2 emissions today, the climate problem won’t improve, it will merely stop getting worse. We won’t have reduced the amount of carbon in the atmosphere. Thus the case for climate engineering.

The discussion includes the different roles for scientists and activists. They look at limitations, or flaws, in the IPCC report, and consider the importance of separating science from strategy.

David Keith has worked near the interface between climate science, energy, technology, and public policy for 25 years. He took first prize in Canada's National Physics Prize exam, won MIT's Prize for Excellence in Experimental Physics, and is one of Time Magazine's heroes of the environment. He's a professor of Applied Physics at the Harvard School of Engineering and Applied Sciences, and professor of Public Policy at the Harvard Kennedy School and founder of Carbon Engineering, a company developing technology to capture CO2 from the ambient air to make carbon neutral hydrocarbon fuels. He is author of “A Case for Climate Engineering.”