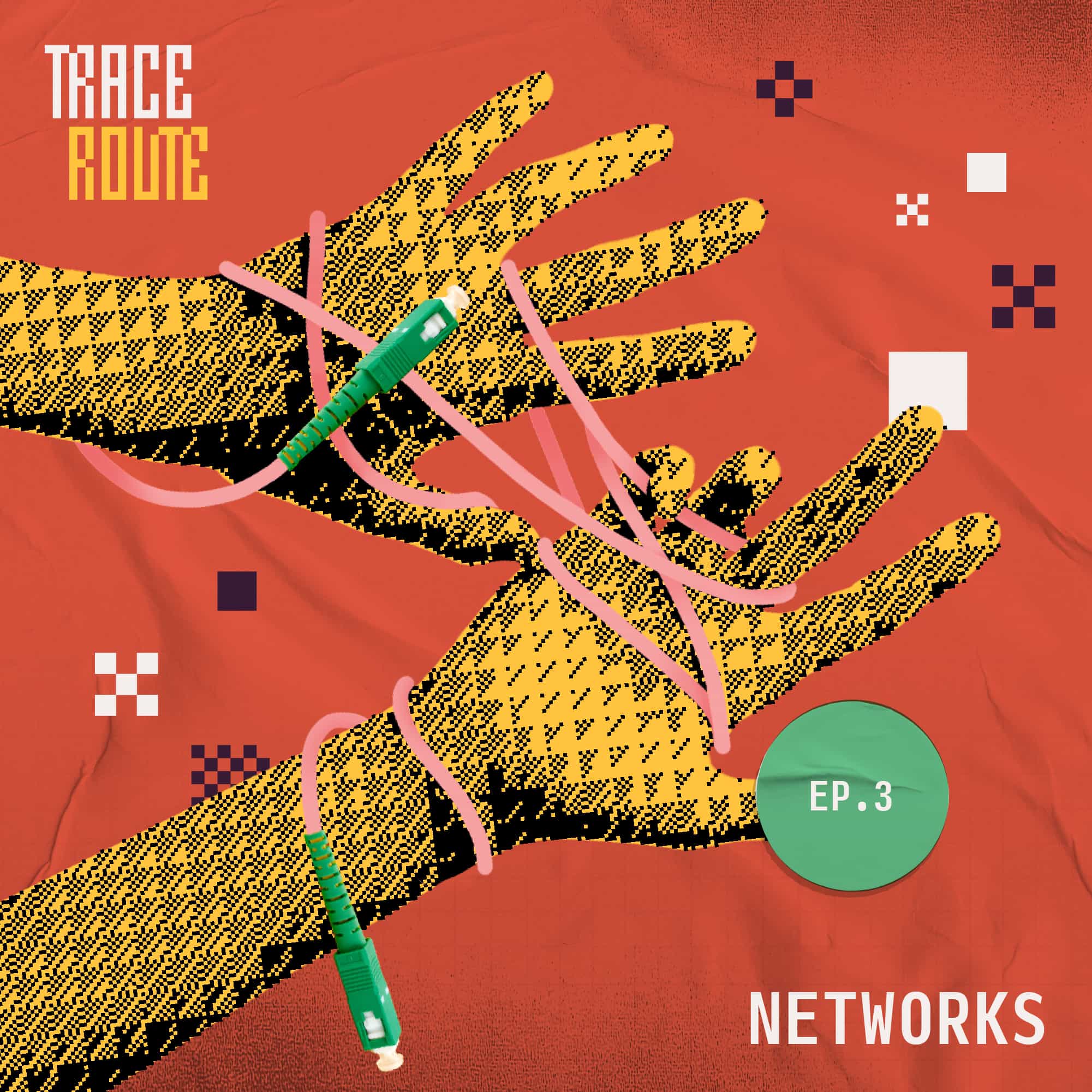 When we open web browsers and streaming services, we expect them to work seamlessly without interruptions. Sounds basic enough, right? But have you considered how much data goes over your local network? Now imagine all the computers communicating worldwide! It took years for internet service providers to make the internet work the way it does today. Without the physical infrastructure underpinning our networks, connecting computers the way they are now would have been impossible.

In this episode, Dave Temkin, Ingrid Burrington, Jack Waters, and Andrew Blum join us to discuss how the internet works. They detail the hidden infrastructure involved in getting computers connected around the world. Contrary to what digital natives might think, your connection to the World Wide Web isn't 100% wireless. They also discuss the rise of Netflix and the need for an interconnected and open global network.

If you want to understand the massive network of physical infrastructure required to connect computers worldwide, then this episode of the Traceroute podcast is for you.

Dave Temkin: “We always knew that streaming was going to be the future. It's not a coincidence that the company was called Netflix, the intention was always to deliver it over the network. We just needed to feel that the network was ready.”

[6:58] Interconnection and Resiliency of Networks

Ingrid Burrington: “There is a resiliency built into the way that Internet networks function in that it's not just like one single cable that gets cut and everyone loses their internet access.”

Jack Waters: “I do think it is probably one of the most important things that have ever been developed for mankind. And I think it's changed everyone's lives for the better, even though there are many downsides that we're navigating through.”

[16:24] The Layers of Networks that Ensure the Internet Works

Andrew Blum: “Fundamentally, a network means that we can connect to each other across distance and we can expand those connections constantly.”

[24:06] The Value of An Interconnected and Open Internet

[32:00] Physical Investments Responsible for How the Internet Works

Dave Temkin: “If we didn't have that infrastructure, it would be years and not measured in weeks, months or days.”

Dave Temkin is a seasoned technology executive with experience in building and scaling world-class infrastructures and teams. He was the Vice President of Network and Systems Infrastructure at Netflix and built the world’s largest content delivery network. He is also the founder and board member of Community IX FL-IX, the largest member-run internet exchange platform. You can contact him on LinkedIn and Twitter.

Ingrid Burrington is a journalist who writes about technology, data centers, and networks. She wrote the New York: An Illustrated Field Guide To Urban Internet in 2016 and has contributed to several books and exhibition catalogs. You can learn more about her work on her website and contact her on Twitter and through email (lifewinning@gmail.com).

Jack Waters is a digital infrastructure executive with extensive experience in telecommunications, engineering for enterprise customers, and customer relations. He was the CTO of Level 3 Communications, President of the Zayo Group, and currently the Chairperson of Digital 9 Infrastructure PLC. You can contact him on LinkedIn.

Andrew Blum is a journalist and writer. He writes about technology, infrastructure, design, architecture, cities, art, and travel. In 2012, he wrote Tubes: A Journey to the Center of the Internet, and in 2019, he wrote The Weather Machine: A Journey Inside the Forecast. You can learn more about his works on his website and email him at ab@andrewblum.net.

Post a review and share it! If you enjoyed tuning in, then leave us a review. You can also share this with your friends and colleagues! Help them understand how a computer connects to the internet and how the internet works.