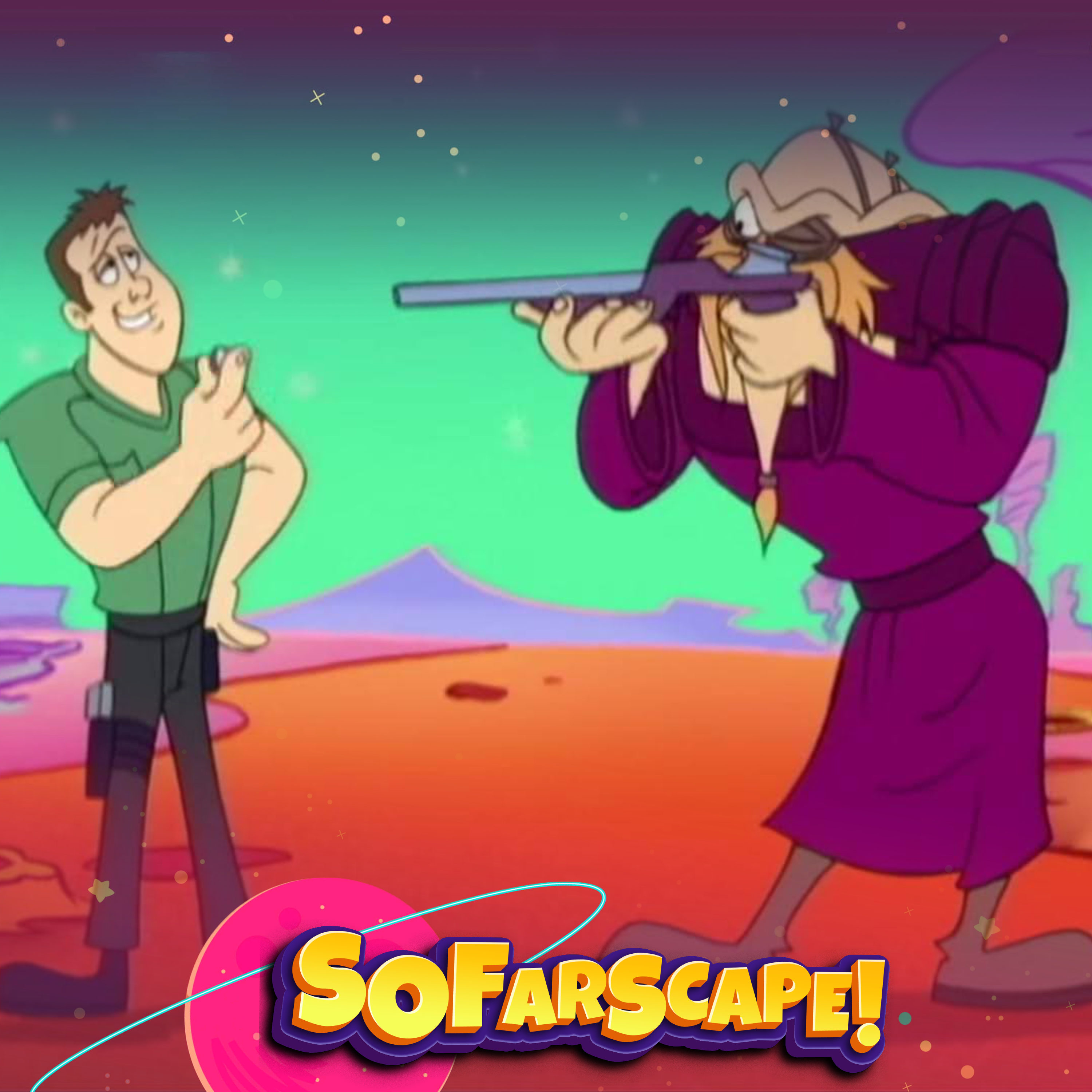 With Crichton in a coma, we take a look inside his Looney Toon mind...

“Lion King - Be Prepared.mpg” (thanks Bostitch!)“Things are literally starting to go Looney Toons for the gang on Moya. Nuff said.” (thanks Kevin Veighey!)

“Farscape meets Loony Tunes when D'Argo puts Crichton into a coma over a disagreement. Much slapstick comedy to come as Crichton dreams about how to handle D'argo.” (thanks Billy Roberts!)

“In this episode of Frooney Tunes, a ship threatens everyone, a character takes a long nap, and it turns out Tentaclēs has 9 lives. Is revenge a dish best served with slapstick?” (thanks MatthewB!)

“Self-destructs, spinning blades, and six-teen tonne weights. It's human season in this rabbit brained caper with the Acme Corporation getting a new client, elaborate painted wormholes, and Tentacleese getting run over by USS Enterprise (NCC-1701, no bloody A, B, C, D, or E). ” (thanks Tonks Moriarty!)

“Meep! Meep! Buckets, bear traps, and banana peels can't keep Wile E Ka D'Argo away from our Roadrunner. A Gene Rodenberryan surprise guest star is the least bizarre occurrence on this looney adventure of betrayal and forgiveness. ” (thanks Adam T!)