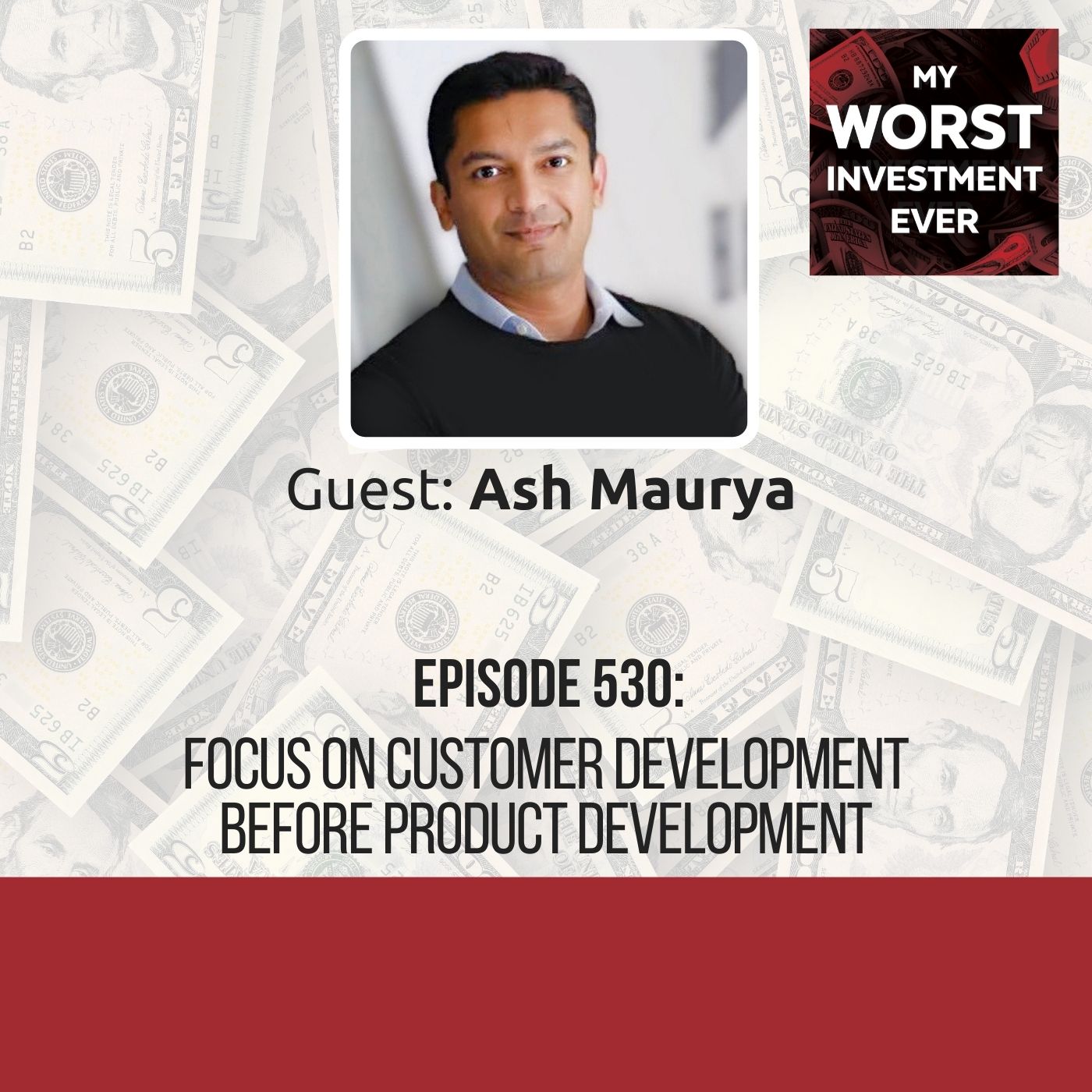 BIO: Ash Maurya is the author of two bestselling books, “Running Lean” and “Scaling Lean,” and is also the creator of the top-rated one-page business modeling tool “Lean Canvas.”

STORY: Ash had this social networking idea that he thought was unique, so he kept it to himself as he built on it. He never tested the market until he launched, and the network was a flop. Ash kept building the network in isolation until seven years later when he realized he was supposed to be building a customer base, not the perfect product.

LEARNING: Take at least 90 days to test a new idea before launching it. You need customers for your business to survive.

“You can actually sell before you build.”

Ash Maurya is the author of two bestselling books, “Running Lean” and “Scaling Lean,” and is also the creator of the top-rated one-page business modeling tool “Lean Canvas.”

Ash is praised for offering some of the best and most practical advice for entrepreneurs and intrapreneurs worldwide. Driven by the search for better and faster ways for building successful products, Ash has developed a continuous innovation framework that synthesizes concepts from Lean Startup, business model design, jobs-to-be-done, and design thinking.

Ash is also a leading business blogger, and his posts and advice have been featured in Inc. Magazine, Forbes, and Fortune. He regularly hosts sold-out workshops worldwide and serves as a mentor to several accelerators, including TechStars, MaRS, Capital Factory, and guest lecturers at several universities, including MIT, Harvard, and UT Austin. Ash serves on the advisory board of several startups and has consulted with new and established companies.

In 2011, Ash came up with a social networking idea that he believed was so good that he couldn’t tell anyone. The friends he told, he swore them into secrecy. They all convinced him that this would be a perfect idea.

Ash took all the money he had, got a small team together, and spent a year building the network. He never talked to anyone about his idea during the building period. Nine months into that journey, he heard about Friendster, the first social network launched. Someone had beat him to it. However, Ash was still convinced his idea was unique, so he continued to build on it.

Ash finally launched his network and spent another year trying to get everything right, but it didn’t work. Then he took a hard pivot and had a lucky break when another company that liked the technology he was using licensed it for a little while. But it was still not Ash’s big outcome story. His co-founders lost interest in the network and walked away. Ash kept plugging along and bootstrapped until the five-year mark, building his product.

After about seven years, Ash realized that he had been looking at all his ideas from the inside out. He concentrated on building a product for himself instead of creating a customer base first.

Set a goal and a deadline or a timeline. Then ask yourself what’s the smallest outcome that would deem this project a success.

Ash’s goal for the next 12 months is to get from 1 million people on his platform to 10 million or at least within the next three years.

“Look for problems worth solving.”