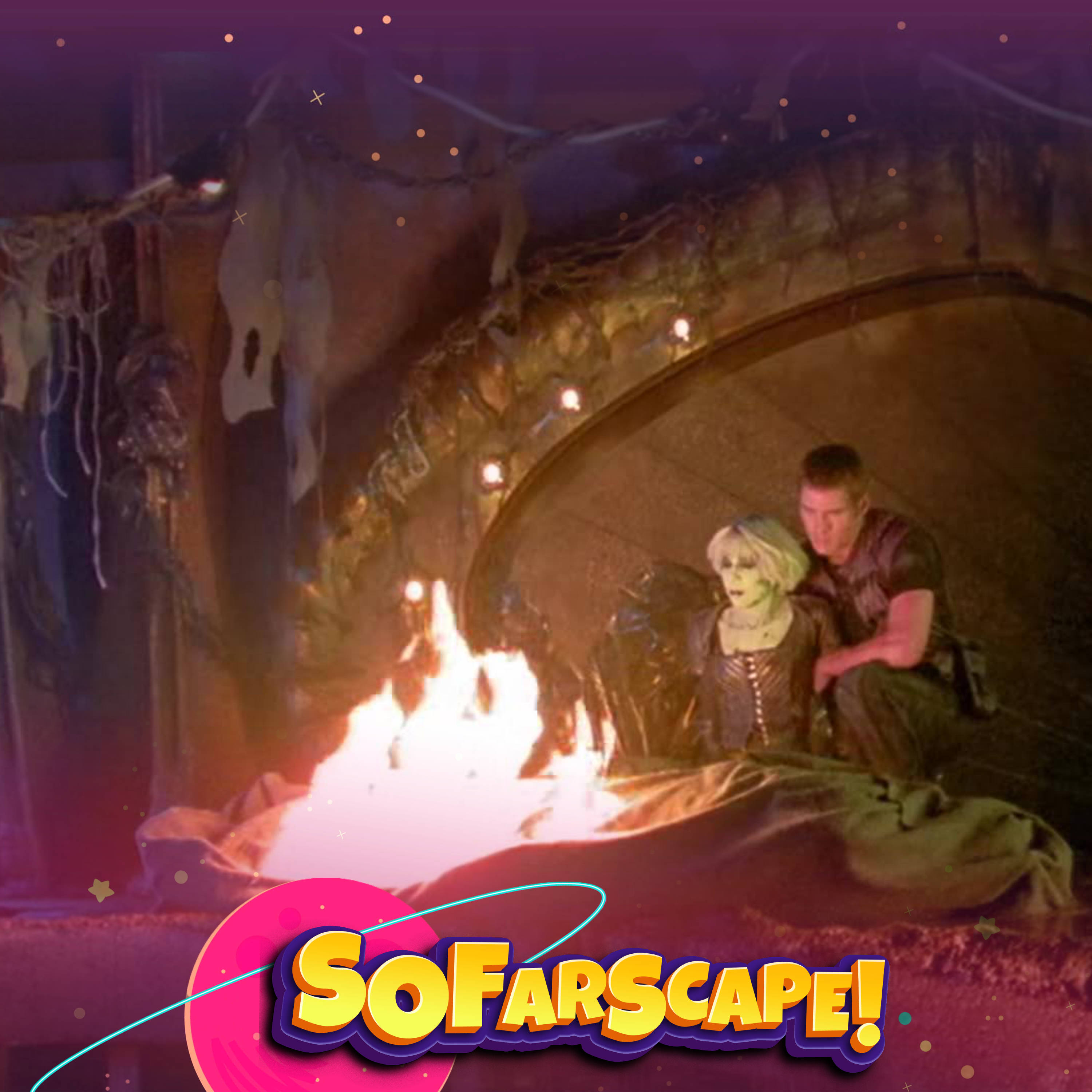 After Jool damages the transport pod, she, John, D'Argo and Chiana are forced to land on a damaged Leviathan. As they scrounge the ailing ship for parts, they discover it's not so abandoned as it initially appeared. Meanwhile, an unexpected starburst by Moya brings Aeryn and the remaining crew to a horribly wounded Talyn and Crais.