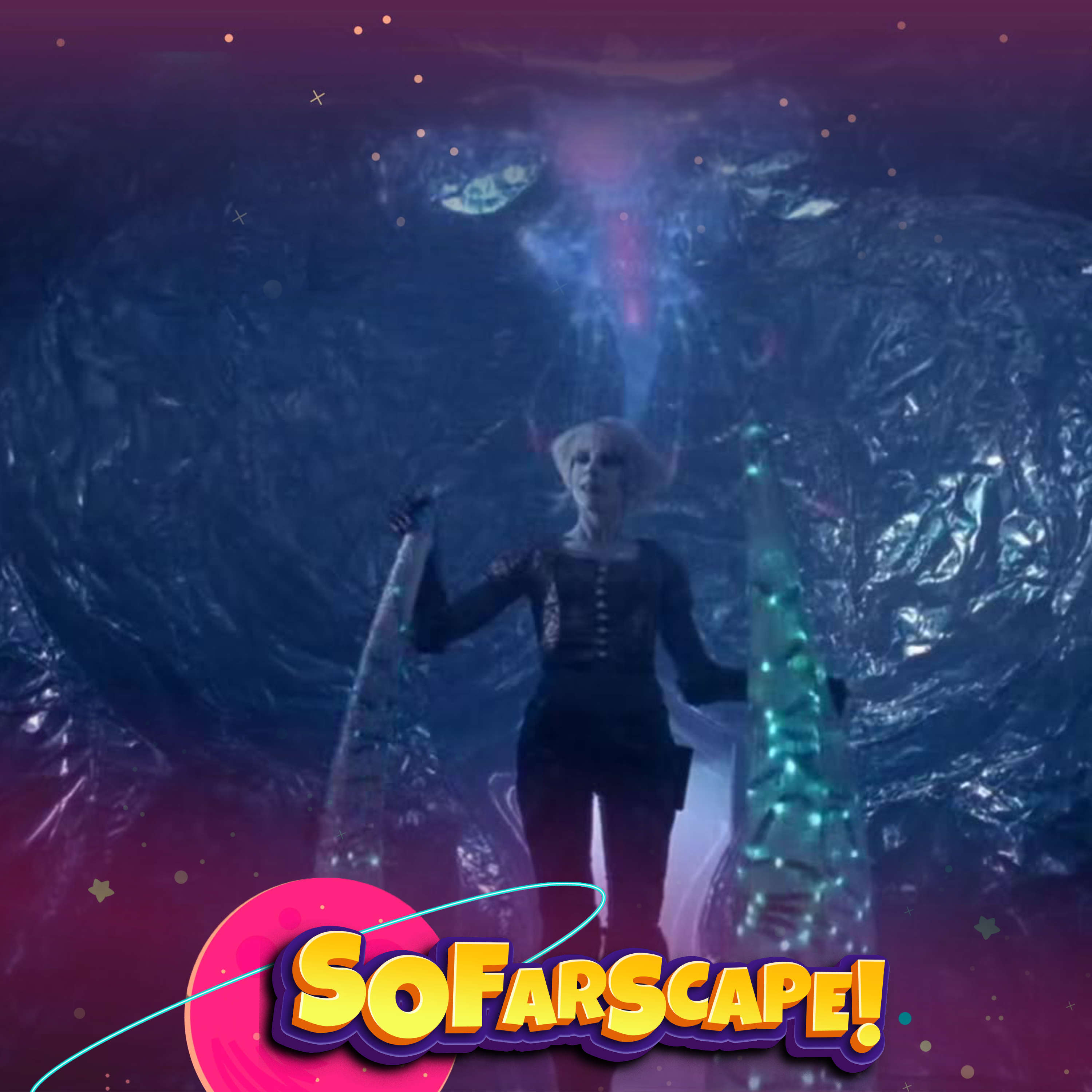 Moya's crew, already testy after their separation from Talyn and ten days of chasing the ghost of a wormhole for John, find themselves further shaken (literally) by an encounter with energy parasites. Fortunately, that doesn't keep the DRDs from scooting to Moya's defense. Meanwhile, Scorpius is experiencing a few wormhole nightmares of his own.