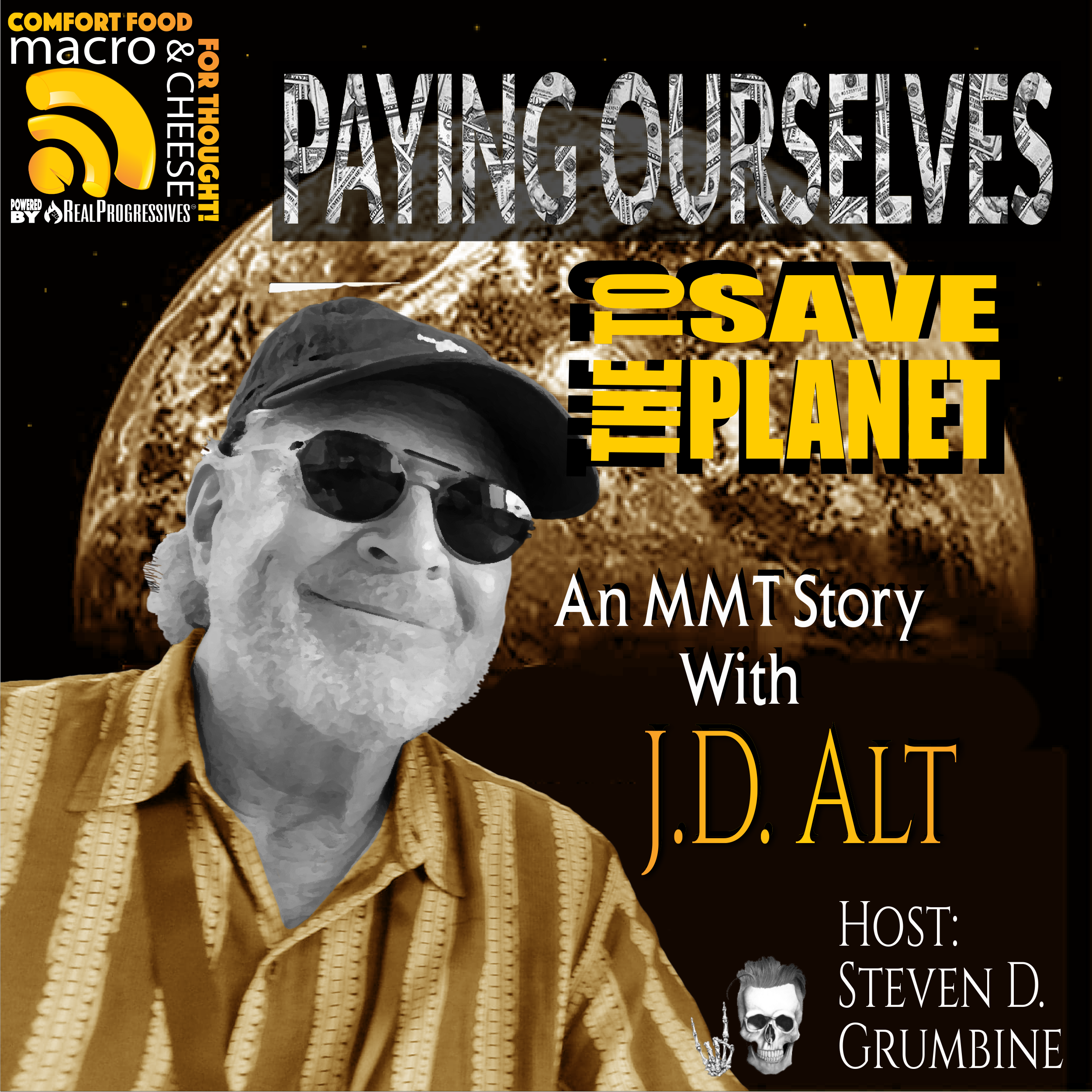 J.D. ALT is an architect who has spent much of his career researching, inventing, and visualizing things that he hoped might improve the quality-of-life and prosperity of collective society. Gradually, he came to two realizations: first, the kinds of things he was envisioning (free-to-ride downtown people-movers and affordable housing strategies) would never be undertaken by a profit-oriented corporate business model and, second, the only other possible financier--the federal government--was "broke" and hopelessly in debt. Alarmed and discouraged by these realizations, he stopped thinking about new things to build and started investigating how--and why--it could possibly be true that collective society was, "for lack of money," so helplessly unable to build things it both needed and could dramatically benefit from.

So begins J.D. Alt’s biography on Amazon. This week he joins Steve to talk about his new book, Paying Ourselves to Save the Planet: A Layman's Explanation of Modern Monetary Theory.

The interview begins with J.D. describing the insights he gained once he understood that fiat money actually refers to reserves and the other money we use, bank-created money and cash money, are claims on those reserves which are held in the reserve banking system and never leave. They are digital entries on a score sheet.

One method for creating reserves is when banks make loans (creating bank-money). This is a claim on that bank’s reserves at the central bank and is how money for private enterprise is created. Since private corporations only engage in producing goods and services generating profits, it’s safe to say that bank-money is only created for profitable endeavors. Therefore, the myriad of things we need as a society that don't bring in a profit must be created by public enterprise. Where does the money for public enterprise come from? This leads to the heart of MMT, and J.D. breaks down the distinction between it and the standard theory of money.

In his book, J.D. tallies up the public enterprise goods and services we require and puts together a projection of what they’ll cost. When compared to how much the standard money theory believes the government can either collect in taxes or borrow, it becomes clear that we must look at a different way to finance the public needs.

Steve and J.D. discuss just a few examples of the cost of the climate crisis. Much of it involves paying people to mitigate and adapt to climate change, which includes the expense for farmers to sequester carbon in their soil and workers to build machines that scrub carbon out of the atmosphere. Ironically, the bottom line is instead of costing the people a lot of money, a lot of people will be getting paid.

J.D. Alt is an architect who writes about the economy, the climate crisis, housing, and the needs of humanity. His books include Paying Ourselves to Save the Planet, The Millennials’ Money, The Architect Who Couldn’t Sing, Low Earth Orbit, and Housing for the Masses, Dwellings for the Soul.

Find him and his books at JDAlt.com