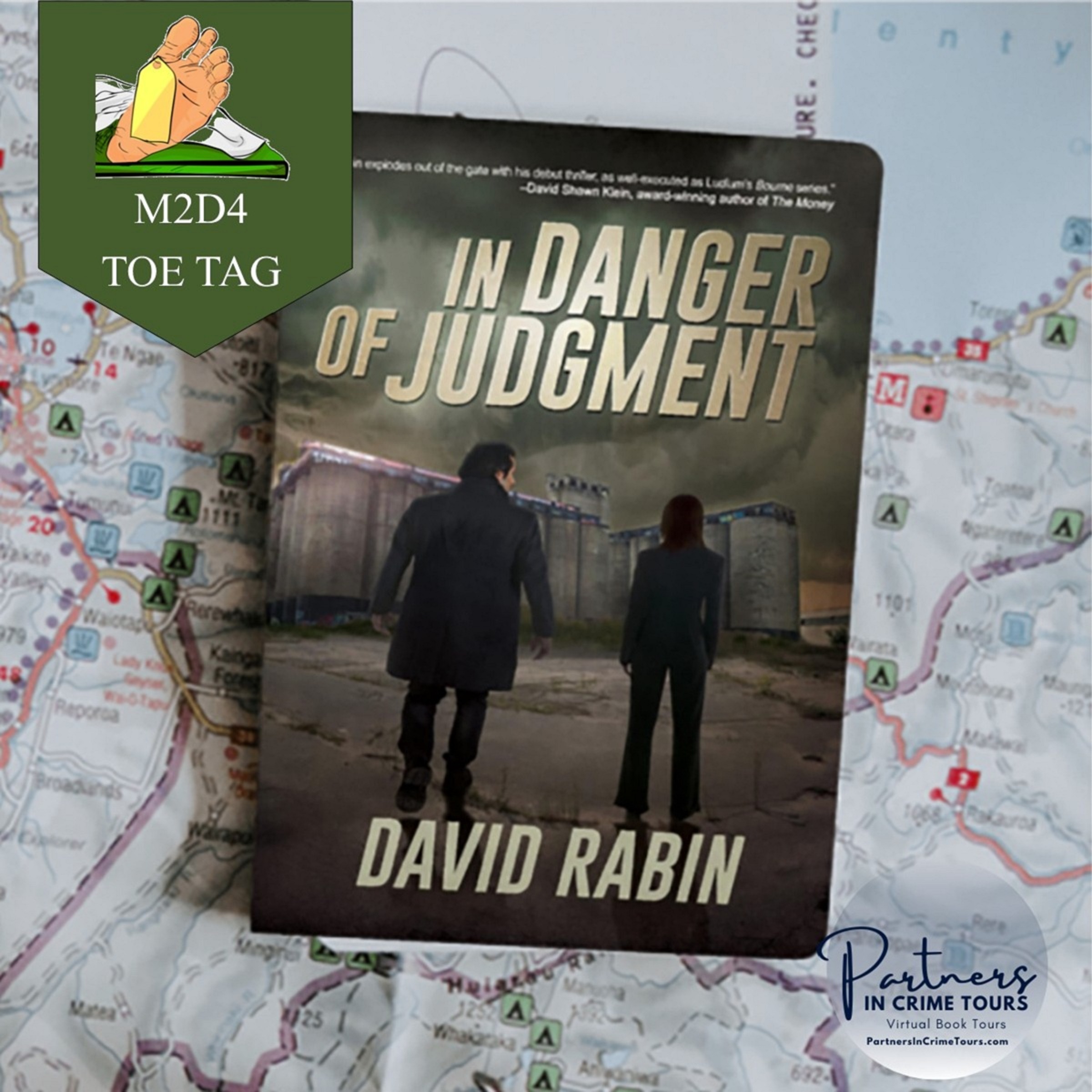 Welcome to Mysteries to Die For and this Toe Tag.

I am TG Wolff and am here with Jack, my piano player and producer. This is normally a podcast where we combine storytelling with original music to put you at the heart of mystery, murder, and mayhem. Today is a bonus episode we call a Toe Tag. It is the first chapter from a fresh release in the mystery, crime, and thriller genre.

As for the title, it’s taken from the book’s epigraph:

Ye have heard that it was said by them of old time, Thou shalt not kill; and whosoever shall kill shall be in danger of the judgment. –Matthew 5:21

IN DANGER OF JUDGMENT was released August 4, 2022 from Black Rose Writing and is available from Amazon and other book retailers.

David Rabin was born in Chicago and raised in its Lakeview neighborhood. He later moved to Atlanta, where he worked as a trial lawyer for thirty-three years. Now retired, he writes fiction, runs a competitive shooting program, and competes in rifle sports, including the discipline of Highpower Rifle, in which he holds two High Master classifications. His debut novel, In Danger of Judgment, was the Runner-Up in the Thriller Category of the 2022 Maxy Awards. Learn more at https://davidrabinauthor.com/.

From August 8 thru September 2, IN DANGER OF JUDGMENT is on tour with Partners in Crime. Check out the tour link for more content and information

This is thriller. Set in 1987, the thug life in Chicago kept Detectives William “Bernie” Bernardelli and Marcelle DeSantis up to their elbows in blood and guts. That life is about to get disrupted. The heroin market, cornered by two rival Mexican cartels, is being violently squeezed by the newest game in town, the Asian powered Quon. And what makes Quon powerful is an American-born mercenary turned enforcer named Robert Thornton, aka The Professor.

Let’s compare IN DANGER OF JUDGEMENT to the “perfect thriller”

Strengths of the story. The storyline, when you look from back to front, is simple. It certainly doesn’t look that way front to back, which is what kept my mind engaged, trying to unravel the story as fast as Bernie and Marcelle. But the simpleness of the underlying story is its power and why it stands up so well. Frequently when I get to the end of a thriller, I look back and all kinds of “that doesn’t make sense” and “why would he do that.” That did not happen here at all.

The story is rooted in the Vietnam War. The prologue does what it should do, setting the stage without revealing too much of what is to come. Fight scenes display a strong sense of military tactical engagement performed at a high level. (I leave it to others to validate the reality as that is not my area of expertise. I’ll just say it worked for me.)

The characters—good, bad, and ugly—are well crafted. With the possible exception of Thornton, we get glimpses of both the human side and the darker side. A large part of the appeal of this book is knowing that one of the characters are much more than they represent, but not knowing which.

The story is cleanly written with no typos or other distractions.

Where the story fell short of ideal: There were not many places this one fell short. The storyline with Quon moving into Chicago is not fully resolved at the time the book ends, but the book is not the lesser for it.

Bottom line: IN DANGER OF JUDGEMENT is for you if you like domestic intrigue, military operations, and stories where the definition of justice is fluid.