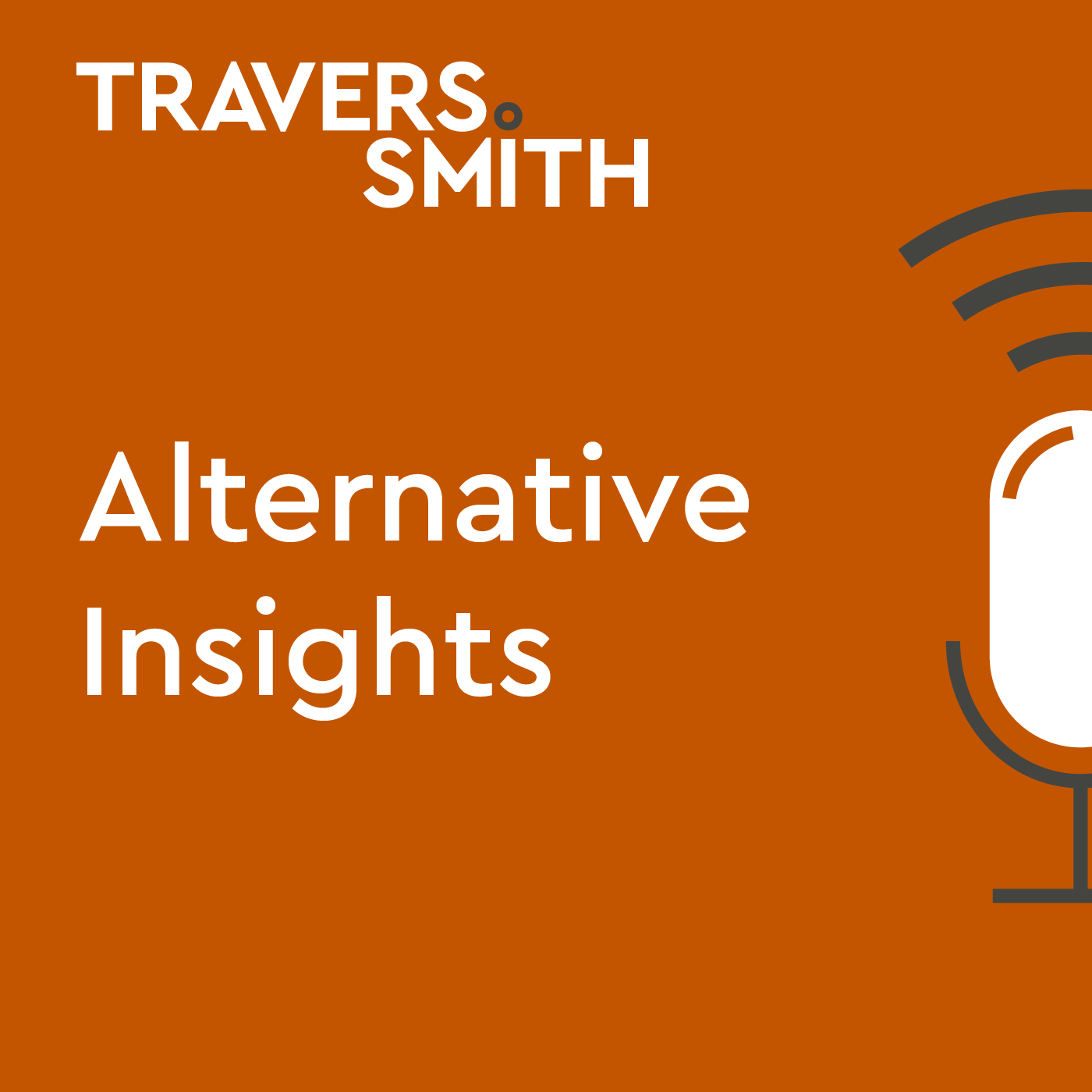 A regular audio briefing for the alternative asset management industry.

In the event, of course, the third country passport wasn't activated in 2015, and still hasn't been – perhaps in part because the UK voted to leave the EU in 2016, and UK-regulated firms could have used the passport to gain access to the single market. Meanwhile, the AIFMD review was duly launched in 2017, when KPMG was commissioned to prepare a report, but it was only last week that concrete reform proposals were issued by the Commission. Both the slow pace of the review and the limited scope of the proposals that have been put forward reflect the Commission's view that the current regime is broadly working well. There has also not been much pressure from industry participants and other stakeholders for dramatic change.

There is still some way to go before any changes become effective, and the European Parliament and Council may yet demand more radical reforms. But, even if only the Commission's current proposals survive, there could be important implications for EU and international firms over time – especially those with structures that rely on delegation.

It was widely expected that the Commission would have something to say on delegation, since many EU-headquartered asset management firms (along with many based in the UK, US and elsewhere) rely on structures in which an EU-regulated fund manager delegates important functions – usually "portfolio management" – to a firm in another financial centre, which may be inside the EU or in a third country. The delegation model is a well-established feature of EU asset management and allows functions to be carried out more efficiently. The AIFMD itself already includes demanding rules on delegation, including a requirement that the EU-regulated principal manager must have the resources and expertise to effectively supervise the delegate, and that it retains enough functions so that it does not become a mere "letter-box".

As anticipated, however, the Commission's proposals signal a continuing concern that delegation may be over-used. The proposals therefore include a requirement for EU regulators to probe delegation arrangements more thoroughly and to report substantial delegation arrangements to the supervisor, ESMA, on an annual basis, with ESMA reporting to EU institutions every two years on developing market practice. If adopted, the proposed amendments to the AIFMD would also require ESMA to conduct two-yearly peer reviews of measures taken by national regulators to prevent firms becoming "letter-box" entities. That would inevitably increase the (already significant) focus on delegation by national regulators, especially in Luxembourg and Ireland. Moreover, the Commission will review the effectiveness of the AIFMD delegation regime after five years, so it is possible that further changes may be made in future.

Other notable provisions in the draft include a requirement to report more extensive information on fees and charges to fund investors on a quarterly basis. This would include all fees and charges directly or indirectly charged or allocated to the fund, or to any of its investments. While many firms will already provide such information to investors in various forms, they would have to compare their current practice to these new, more prescriptive, regulatory requirements. It also seems highly likely that the revised AIFMD will restrict access to firms under national private placement regimes if they – or the funds they manage – are from a country on an EU list of non-cooperative tax jurisdictions. Although that would not currently be a major issue, some countries could find themselves on that list at relatively short notice.

There are some potentially helpful proposals in the package, including liberalisation of the rules on location of depositaries. Additional powers for AIFMs to originate loans on a pan-EU basis could also be positive – although some in the industry may have concerns about the proposed requirement for loan origination funds to be closed ended and retain some underlying risk. In any event, it remains to be seen whether a pan-EU licence to originate loans will survive scrutiny by those member states who currently regulate lending by funds under national law.

The market has waited some time for these proposals to emerge, and there will be relief that the Commission has not proposed more fundamental changes. These announcements are, however, only the beginning of the evolution of the EU funds regime – and the final destination is not yet entirely predictable.

We have published a more detailed summary of the Commission's proposals, which also include some helpful changes to the European Long Term Investment Fund (ELTIF) rules.

For more of our content on alternative asset management, please visit our dedicated online hub.