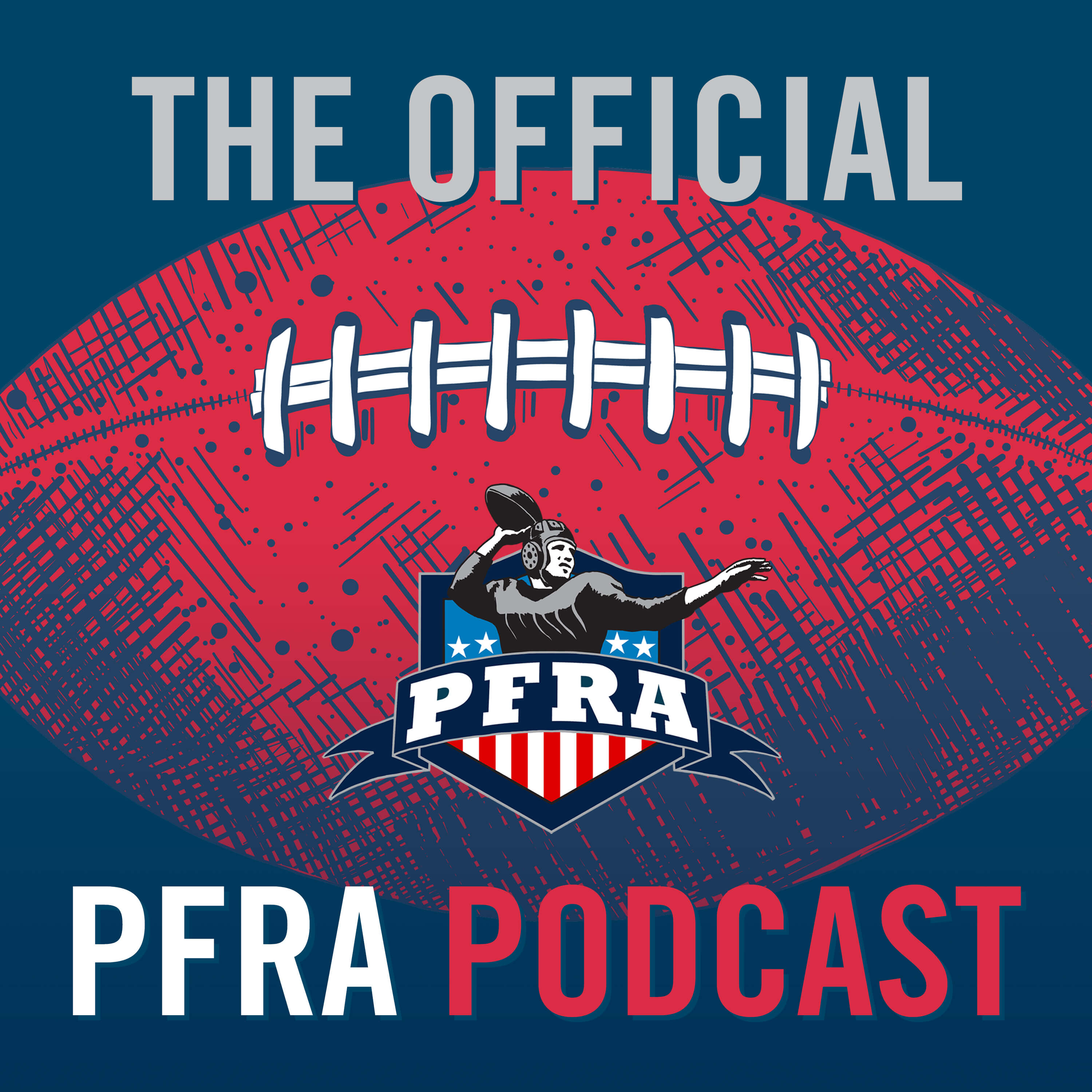 The Official PFRA Podcast is part of the Sports History Network - The Headquarters For Sports Yesteryear.

The Official PFRA Podcast is launched.

The Professional Football Researchers Association (PFRA) was founded in Canton, Ohio in 1979 to foster the study of professional football as a significant and athletic institution; to establish an accurate historical account of professional football; and to disseminate research information. In each episode of The Official PFRA Podcast, co-hosts George Bozeka and Jon Bozeka will discuss the storied history of pro football, including interviews with prominent pro football historians and authors, and former players.

Born in Canton within walking distance of the Pro Football Hall of Fame, George is the current President of the PFRA. He has had a number of articles published in the PFRA’s official magazine The Coffin Corner and he is the lead editor for the PFRA’s Great Teams in Pro Football History book series.

Jon has been a radio broadcaster in the Canton area since 2014. He has been involved in every facet of radio sports coverage including play-by-play and color commentary for local high school and college football broadcasts. He is also a stringer for CBS Radio’s Eye on Sports show covering all Cleveland Browns Sunday home games.