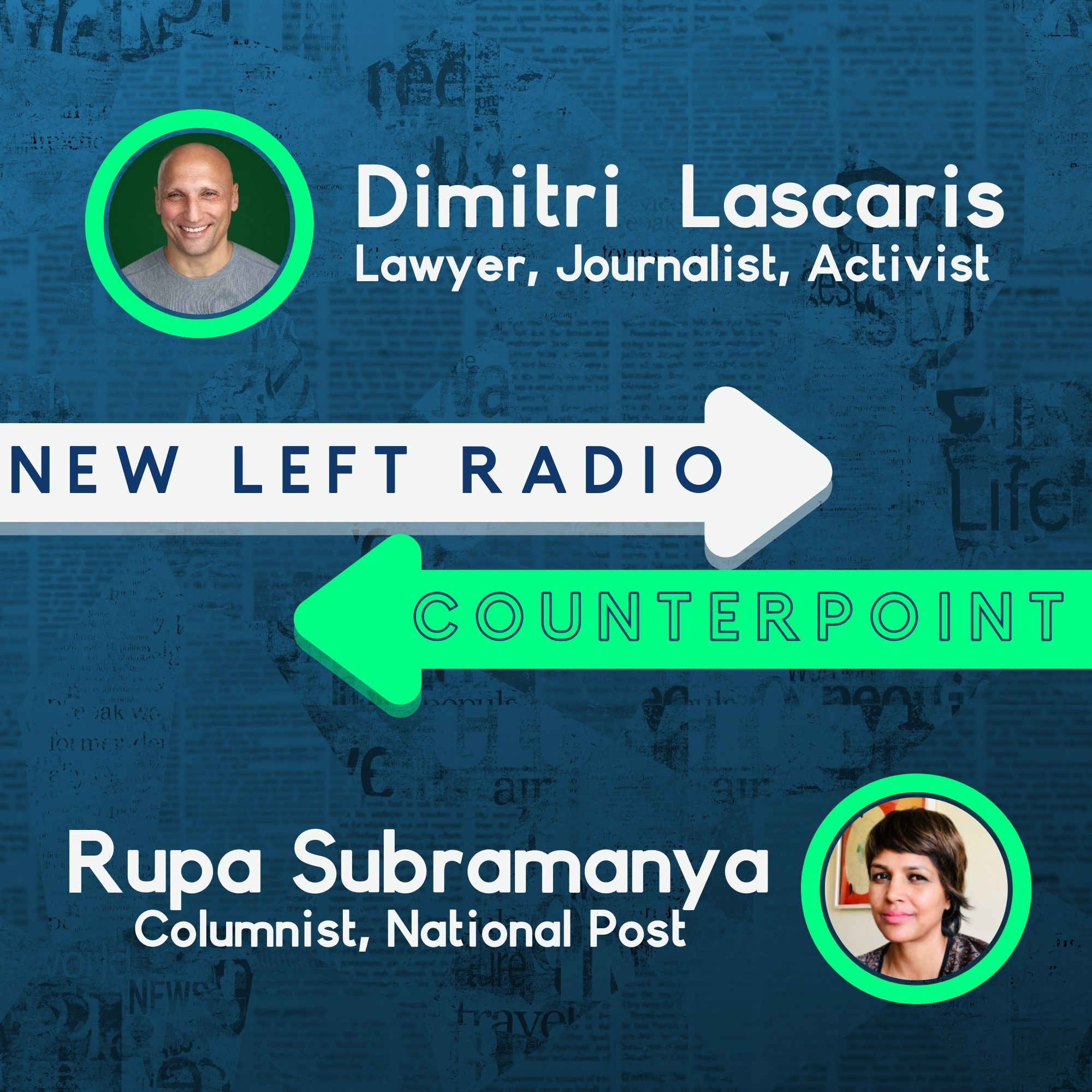 Each week, we’ll bring you a panel discussion with Canada’s leading journalists, columnists, politicos, and change makers discussing what’s happening in the newsphere.

This week, we’re joined by journalist and activist Dimitri Lascaris & economist and National Post columnist Rupa Subramanya to go around the horn on what the chances of success are for the fifth Foreign Minister in six years, the Trudeau foreign policy vision (or lack thereof) and China — what is our role and how do we navigate the dangers and pitfalls of rising tensions with the US.

Dimitri Lascaris is a lawyer, journalist, and activist, and was a candidate in the last federal Green Party leadership race in Canada. He is also a longtime contributor and current board member at The Real News.

Rupa Subramanya is an economist, Distinguished Fellow at the Asia Pacific Foundation, and columnist for the National Post and Nikkei Asia. Her work has appeared in The Wall Street Journal, Foreign Policy, and The Globe and Mail, and she is co-author of the best-selling book, Indianomix.