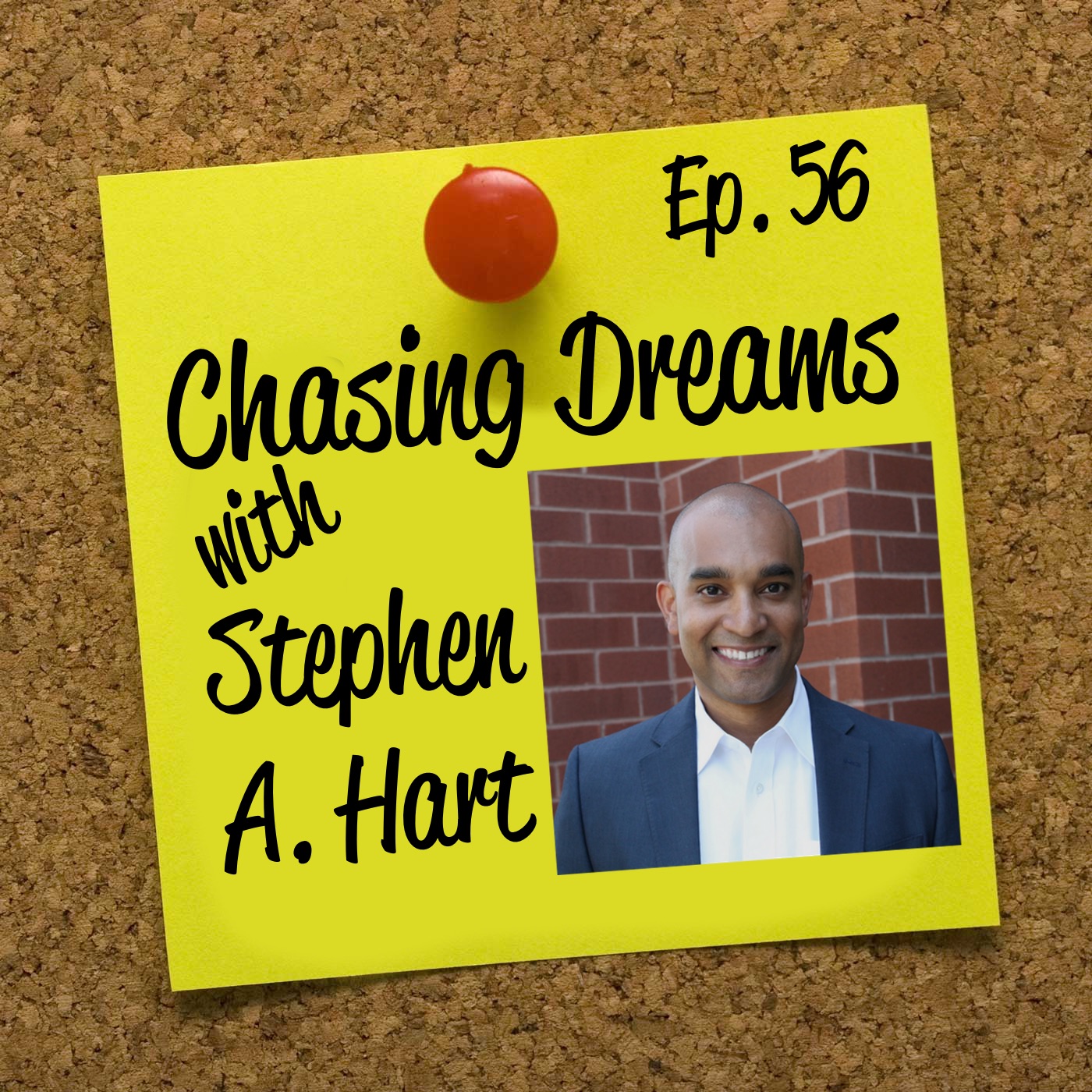 Stephen A. Hart is the founder and host of Trailblazers.FM, a business podcast that explores and highlights the stories of successful black professionals, entrepreneurs, and corporate leaders. The podcast is a weekly broadcast that has been downloaded by audiences in over 55 countries globally. Stephen is a highly sought after marketing professional with extensive experience in executing web and digital media, social media, event planning and print-based marketing strategies. Born in Kingston, Jamaica, he moved to the US when he was 16 and later attended the University of South Florida, Tampa, where he attained a B.A. in Business Management. Stephen was selected to the 2016 class of the Black Enterprise 100 Modern Men of Distinction and had the Trailblazers.FM podcast featured on the home page of iTunes Podcasts for Black Voices in Business. Stephen’s passion is to teach other aspiring entrepreneurs how to build, market and grow their own highly sought-after business.

Everybody has the struggle to stay motivated. Discouragement comes along in a variety of forms. Physical stamina waxes and wanes. Staying the course becomes difficult. Stephen A. Hart says that one of the primary things that keep him moving forward is the belief that there is more ahead for him than what he’s experiencing now. One of his core beliefs is that the gifts and abilities he’s been given are always in a state of growth - and growth means that what’s happening now is not all there is. On this episode, you’re going to be inspired by what Stephen shares about his pursuit of something more.

Stephen A. Hart does so many things - a full-time job, a handful of side hustles, a very popular and growing podcast - and he still has the time and presence of mind to build quality relationships with his family. He says that the only way he’s able to get it all done is by cutting out the fluff that he’s tempted to allow into his life. That means he hardly watches T.V. anymore. Instead, he redeems those hours to the service of his dreams and goals. And he makes sure that he stays organized to enable himself to identify the fluff things that will rob him of valuable time he could be leveraging toward greater things. On this episode you’re going to hear Stephen describe some of his productivity and time management systems in detail, so make sure you listen.

TWEET: Why you have to cut out the fluff if you’re going to reach your #dream

We’ve all got our individual ideas of what it means to be successful. For some, it’s about revenue. For others, it’s about connections and the attainment of different roles or achievements within their particular niche or industry. Stephen A. Hart says that he defines success by the progressive realization of the goals he’s set - which means that setting goals is vital to his success. On this episode of Chasing Dreams you’re going to hear how Stephen sets goals for himself and more importantly how he systematically plans and works toward their completion. What he shares is the backbone of his success and you are certain to find something helpful that you can utilize to move you toward success in your own goals.

When Stephen A. Hart began thinking about what he wanted to bring to the world through podcasting he realized that most of what he was hearing in the media were the negative stories that highlight the tensions that exist between people. But he knew that there was more happening in the world than that. His desire quickly grew for presenting stories of people who are doing exceptional work in the world and benefiting others by that work. His Trailblazers FM podcast does that week after week and Stephen would love to tell you some stories that will encourage and inspire you to move ahead as a trailblazer in your own rite. You can hear about Stephen’s podcasting journey and the success he’s seen on this episode of Chasing Dreams.

TWEET: My #goal is to tell about the everyday professionals who are doing #exceptional work

“Limits are for credit cards.” - Stephen A. Hart

CONNECT WITH STEPHEN A. HART

TWEET: No reason to push ahead except for the #belief that there is more

TWEET: #Success is defined by the progressive realization of the #goals I’ve set