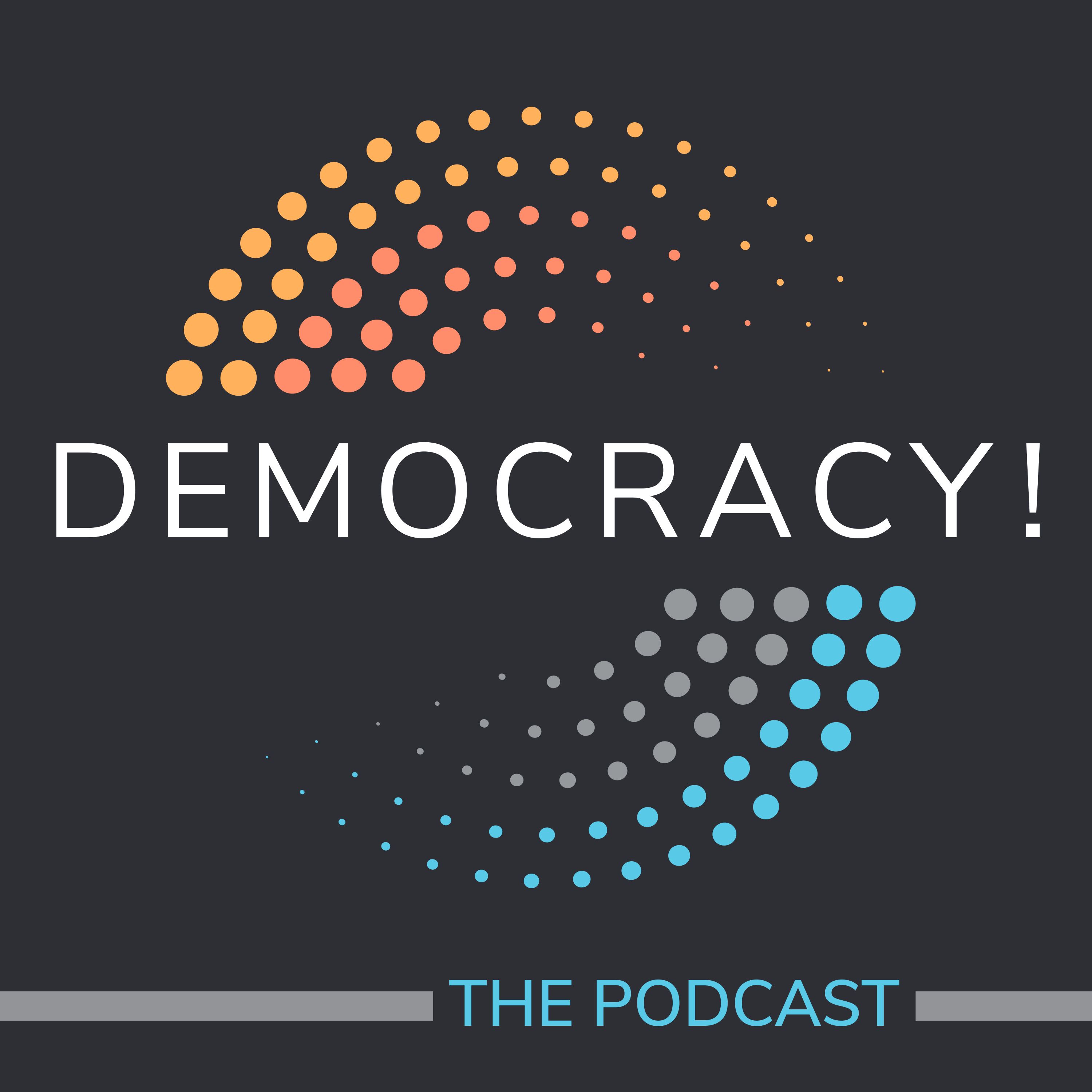 Welcome back to Democracy! The Podcast, brought to you by the Consortium for Elections and Political Process Strengthening, direct from Washington, D.C., with funding and support from the United States Agency for International Development.

Very soon, season two of Democracy! The Podcast will launch. It’s been almost a whole year since the end of season one, and in that time, democracy has taken a tumultuous turn in many nations.

While we learned in season one that democracy is always a work in progress, some, like President Biden, warn that the threat to democracy has never before been so grave.

In our time, we’ve witnessed rising autocracies and repressive governments cracking down in new, sophisticated, and, frankly, dangerous ways. They’ve been busy muzzling journalists, blasting disinformation, and of course, the world witnessed, in real-time, as war was waged on a sovereign nation in eastern Europe.

“Today, Russia has strangled democracy; has sought to do so elsewhere, not only in its homeland.”

But despite all of this, at the United States Agency for International Development, Administrator Samantha Power says there are places where democracy is gaining a fragile foothold:

“We must cement progress in democratic bright spots that are out there right now, right now.”

So, where are these so-called bright spots, and what can we learn from their triumphs over tyranny?

Join me, Adrienne Ross, for Democracy! The Podcast, as we head back out on the road for a front seat to history.  Gain a stronger understanding of how a consortium, made up of the three leading US development organizations, the International Foundation for Electoral Systems, the International Republican Institute, and the National Democratic Institute, comes together to support citizens of emerging democracies all over the world.

“Help people fight digital authoritarianism and shine a light on the oligarchs and autocrats who hide their ill-gotten gains in dark corners.”

Get the unfiltered story from the most skilled democracy experts in the field and find out how side by side with citizens, they tackle the world’s most egregious threats to peace and prosperity.

“Every day, we see courageous people, many of them living in the most oppressive regimes on earth, taking unbelievable risks to protest for their freedom.

Citizens from nations like Malawi, Moldova, and the Maldives will awe you with their courage.

Democracy experts will explain why it’s crucial we lend a hand to those who rise against tyranny.  We’ll also go in-depth on the war in Ukraine and hear from leaders like President Zelenskyy:

“Strong doesn't mean weak. strong is brave and ready to fight for the rights of its citizens and citizens of the world.”

From Armenia to Zambia, we’ll examine how some countries have transformed from darkness to “bright spots”.  And ask how a nation like Honduras broke through the confines of Covid-19 to deliver successful elections.

We will chase inspirational stories from the Pacific Islands to the Dominican Republic, to Nepal, and Tanzania. And hear from world leaders as we look at the quest for liberty and justice for all in Guatemala, Ecuador, and Brazil.

“A dictator bent on rebuilding an empire will never erase a people’s love for liberty.  Brutality will never grind down their will to be free.”

You and I will be reminded that we have the power to stand up for those struggling against punishment and persecution.  And hear, once again, the call for freedom many have echoed for decades, including President Reagan:

“For the sake of peace and justice, let us move toward a world in which all people are at last free to determine their own destiny.”