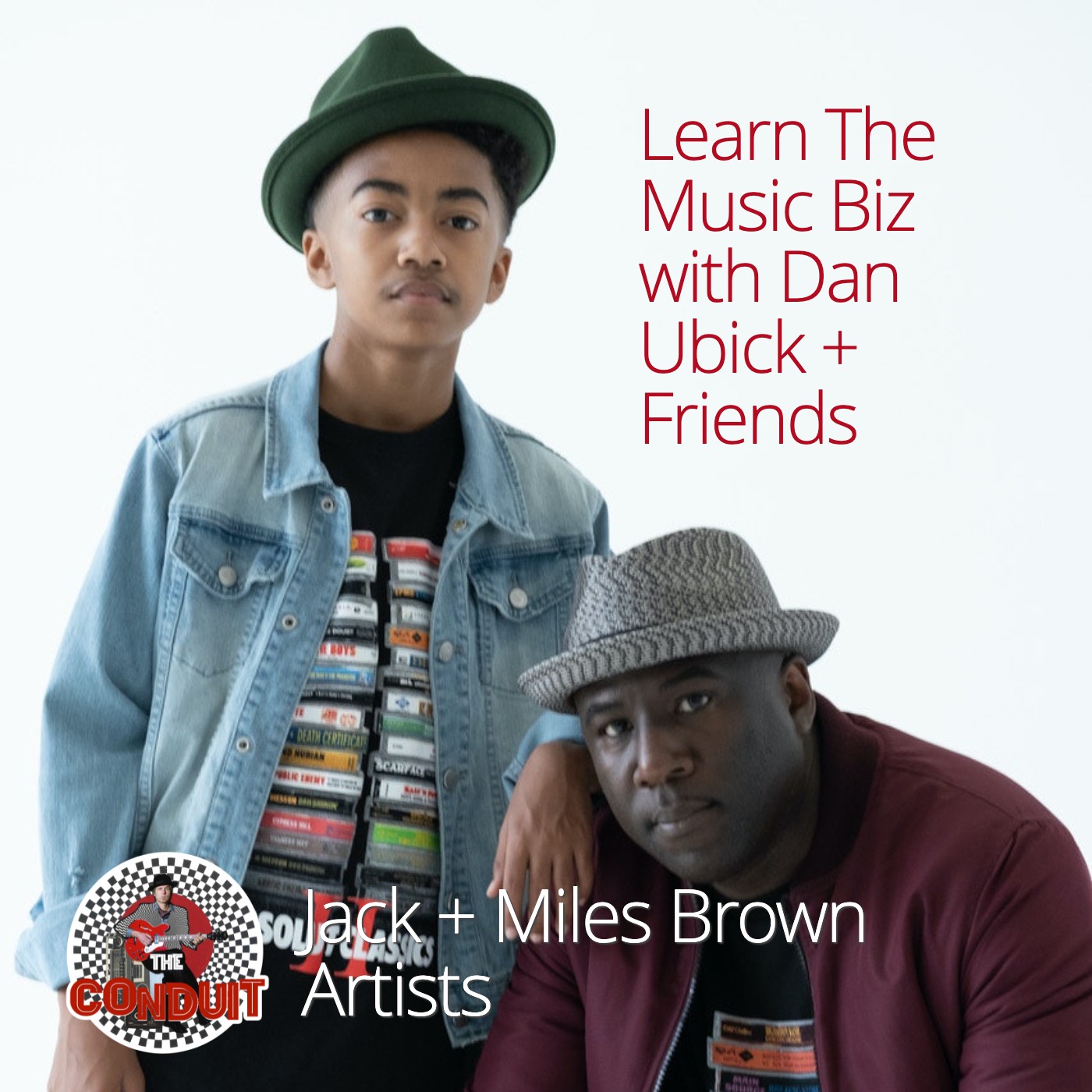 “I was never like all these acting kids, who take everything so seriously, if I came out the audition room I just stopped focussing on the audition, I was just on to the next fun thing of the day.” — @MilesBrown [0:41:45]

We have a pair of extra special guests on today's show! First off, founding member of cult-favorite hip hop group Lootpack, rapper and father, Jack "Wildchild" Brown, who is joins us alongside his son, actor, dancer, rapper, and star of the hit TV show Black-ish, Miles Brown! We get to have a fascinating chat with these two amazing creators and performers, about their roots in Oxnard, growing up with music and art, and the winding journey of life.

Miles and Jack take us through the exciting trajectory that Miles has been on, appearing on Ellen and landing a role on Black-ish in 2014, the amazing run the show has been up until this point with its eighth and final season, the music both of our guests have been recently working on, and so much more. With such warm, open personalities and so much talent and hard work, there is little wonder why the family has experienced this kind of progress and success.

This conversation stands as a testament to ideas of creative excellence and the power of family, with the connections between Jack's work and the energy and enthusiasm that Miles now embodies being so apparent. Miles tells us all about what he is currently inspired by, some of the best moments of his young career, and why he continues to broaden his range of skills and interests. We also have a very important conversation about the greatest rappers of all time, towards the end of the episode, so make sure to stay tuned for that!

Key Points From This Jack and Miles Brown Episode:

•  The earliest influences and inspirations that Jack remembers in his home growing up.

•  Miles' memories of music in his childhood and what sparked his interest at a young age.

•  The immediate connection that Miles felt to funk, through dance.

•  Comparing life in LA to home in Oxnard, and the familiarity that grew through Miles' acting work.

•  The decision to homeschool and the communal benefits that the family experienced.

•  Thoughts and concerns that Jack had with Miles going down the path of a life in entertainment.

•  How Miles got booked to appear on The Ellen DeGeneres show while filming on the street.

•  Miles' experience and memories of performing on Ellen at such a young age.

•  How the dancing work that Miles was doing transitioned into more acting roles.

•  The amazing time that Miles has had working on Black-ish over eight seasons!

•  Getting recognized, building a creative reputation that people respect, while ignoring celebrity status.

•  The feedback that Miles and Jack have received about Black-ish and how its audience connects with it.

•  The technical side of life in show business; legal considerations, management, and more.

•  Preparation and practice that Miles has put in to up his dancing game.

•  Delving into Miles' character on Black-ish and the family connection to the name 'Jack Johnson'.

•  Miles' reflections on working on the film Boy Genius and how movie work compares to other projects.

•  The recent forays Miles has made into music and the inspiration behind recording his own album.

•  Things on the horizon that have Miles excited right now; the final season of Black-ish, music, and film production!

•  Jack's album that is coming out in November 2021, and the events that led up to creating it.

•  The highly disputed discussion over the top 5 MCs between Miles and Jack!

•  Other music that Jack and Miles are into beyond the obvious hip hop favorites.

•  The entrepreneurs in film and music that continue to inspire Miles and Jack.

“The funk, that was actually the first genre of music that I actually started liking, because I danced to it, that is what made me like it.” — @MilesBrown [0:10:17]

If You Only Knew