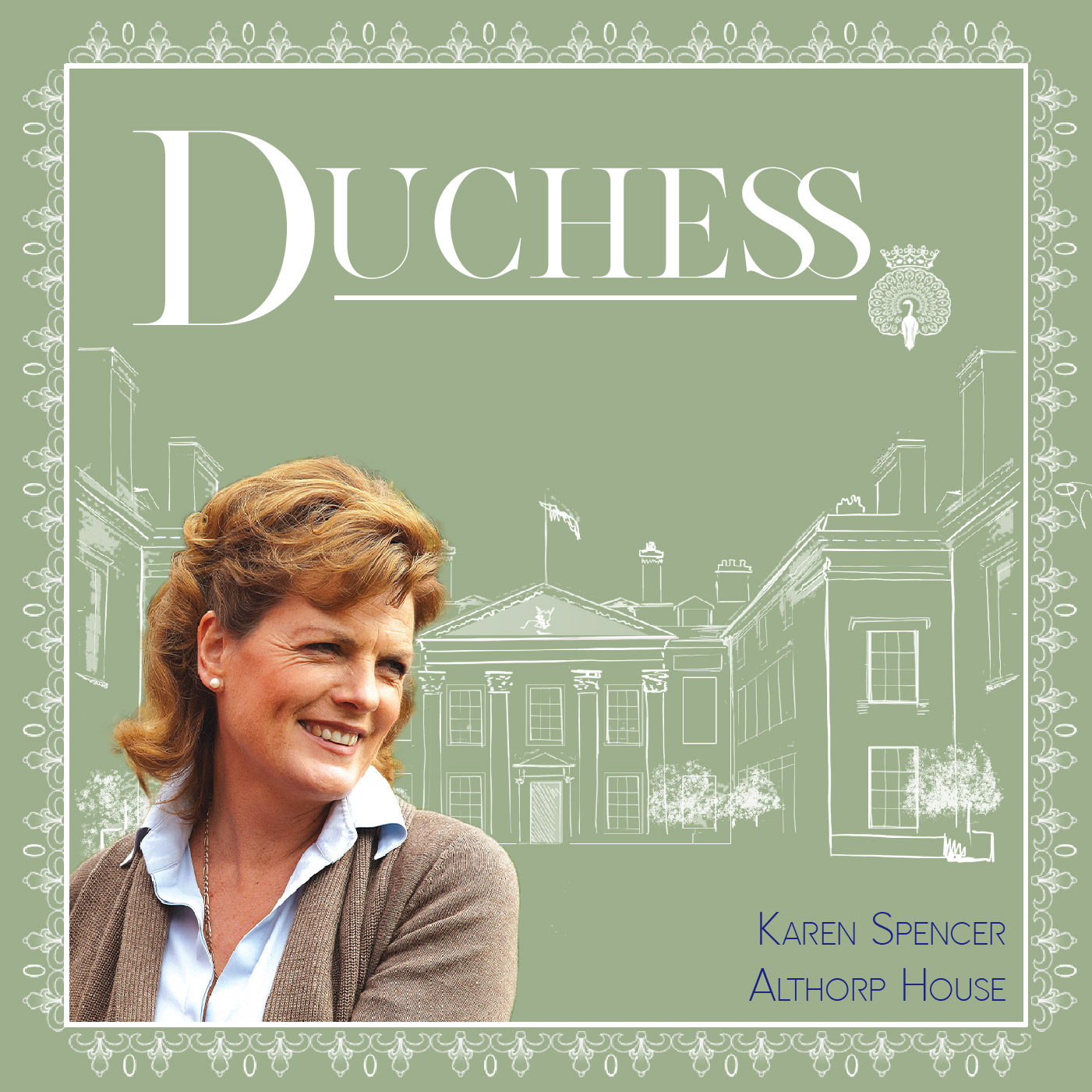 In the final episode of season 2, The Duchess of Rutland meets Lady Karen Spencer of the historic Althorp House. In the episode, we are introduced to the many extraordinary women in the Spencer family, Lady Karen regales some of the ghostly activity they have experienced in the home, and the ladies muse over their shared love of cows!

"It takes a long time to understand these houses. I think the danger in a place like this is to come in and change things without taking the time to really understand the history that came before it and the more I learn the more reverence I have." - Lady Spencer

"Being in heritage has taught me patience." - Lady Spencer

"Understanding why a home is built the way it is is so key because then you get under the skin of it. Then it's no longer your ego dictating what you do - the house almost talks to you with its own voice." - The Duchess

Lady Karen Spencer is a Canadian social entrepreneur, founder and CEO of Whole Child International, a U.S.-based non-governmental organization (NGO) that works to improve the quality of care for vulnerable children. In June 2011, she married Charles Spencer, 9th Earl Spencer at Althorp - the brother of Princess Diana.

Althorp House is a 13,000-acre home and has been the residence of the Spencers since 1508. The current Earl Charles was raised on the estate as well as her sister Princess Diana - who was also buried on the grounds. Althorp House is a Grade I listed stately home consisting of 90 rooms. The grounds of Althorp Estate also contain 28 listed buildings and structures, including nine planting stones. The Second Earl of Sunderland (Robert Spencer) brought in an Italian architect to remake Althorp in a grand classical style, replacing the brick with Weldon stone, and adding Corinthian and Composite columns. Andre Le Notre, the architect of Versailles, also designed the gardens in formal style. One of its most impressive original features, its 115-foot picture gallery, is untouched and retains its Tudor wood panelling to this day. There’s an impressive collection of art for their home, including Van Dyck's War and Peace, a John de Critz portrait of King James I and works by Lely. There is also an extensive exhibition devoted to the memory of Princess Diana. The exhibition has been spread across 6 rooms of a converted stable block and depicts Diana's childhood, her royal wedding to Prince Charles, her charitable work, and her considerable influence on fashion and style.

To learn more about Abercrombie & Kent, visit their website here