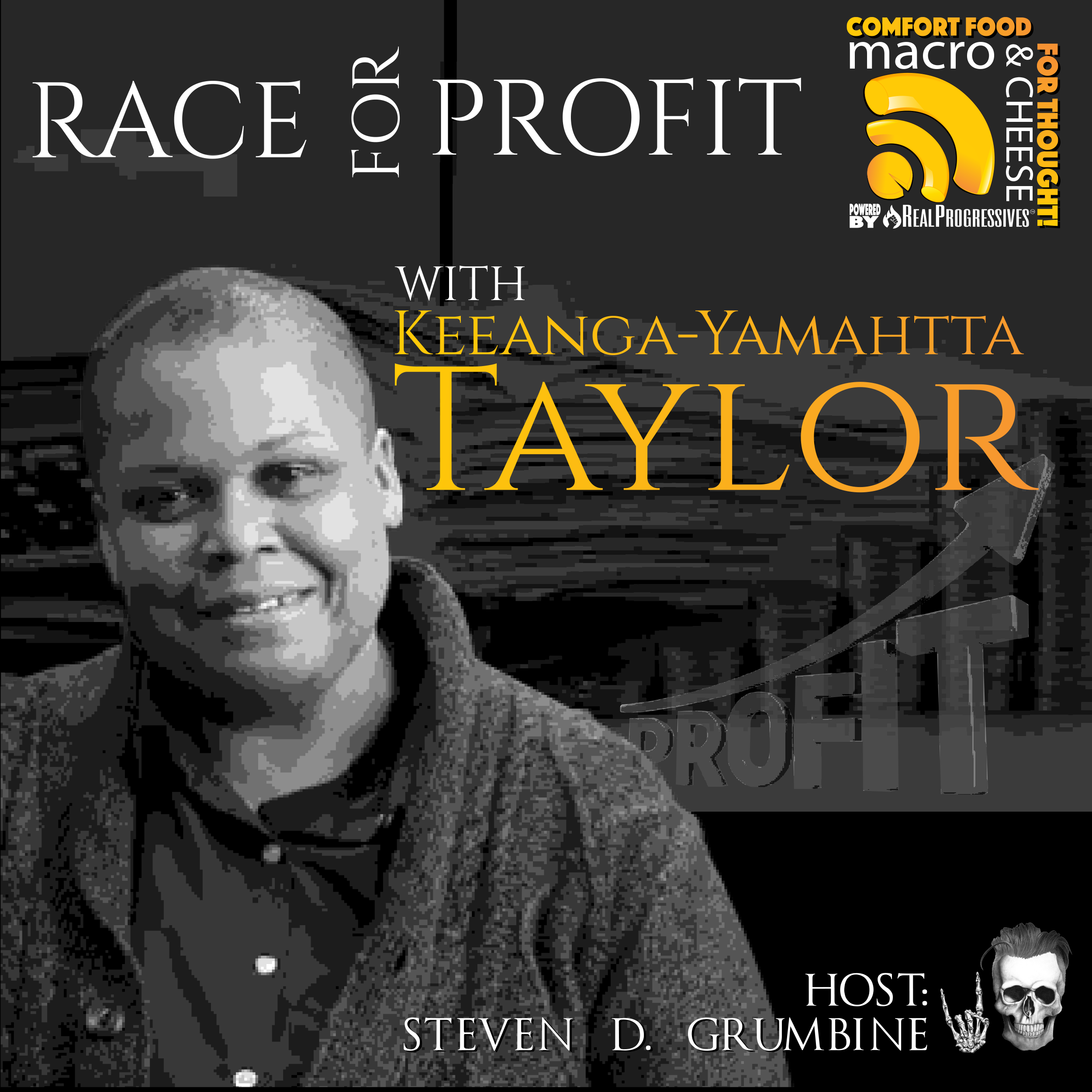 The Great Recession was a maelstrom that hit many Americans hard - lost jobs, lost homes, for some everything but the clothes on one’s back. Despite the stock market, real recovery has been glacial at best. Yet many don’t know just how deep the crisis' roots go when it comes to the Black community. Keeanga Yamahtta-Taylor explains the origins of the systemic discrimination behind the housing policies that skipped over, then exploited, Black families trying to find a safe, sound, and affordable place to raise their families.

Keeanga's newest book, Race for Profit: How Banks and the Real Estate Industry Undermined Black Homeownership, evolved from her organizing and activist work as a tenant advocate to protect tenants from eviction. The Great Recession hit while she was in grad school and she saw the parallels between her research on the origins of segregation and the subprime lending market as she studied the relationship between the federal government and housing programs over the decades.

Steve notes the changes wrought by neoliberalism and the shift of power from public to private sector; Keeanga adds that though neoliberalism was always there in some form, it became a distinct and rising ideology during the late 60s to early 70s.

Contributing factors to “include” Black people in housing were a market opportunity that arose with white homeownership’s saturation of the market; demand that increased with the Black exodus from South to North, and their growing incomes; and urban uprisings like the Watts riots which pushed the federal government to find a solution to quell the rebellion - the idea was that if more Black people owned their homes, they’d be less likely to burn them down.

Between FHA guaranteed loans to blacks and a $2 billion pool raised by the top 300 insurance companies, cracks began to appear in redlining and housing discrimination, but the ensured inclusion of Blacks in the housing market instead became predatory, as real estate operatives and speculators jumped into the mix - buying houses for pennies on the dollar, quickly flipping them and selling them high. New methods of exploitation like these were developed to take advantage of Black people.

Conditions created by those decades of discrimination became "evidence of risk" to allow creditors, bankers, and realtors to devise a different set of rules for Black would-be homeowners and business owners. Black families went from being refused housing to bending over backward to get it - only to find conditions deplorable and forcing them to walk away, while real estate brokers and lenders got away with the loot between commissions, closing costs and the eventual foreclosure. One official called it “business in heaven - you can’t lose money.” A supposed step up for the Black community became a stumbling block and another source of corporate profit.

Steve refers to Michelle Alexander, who called the situation “a horror story in racial capitalism” and Keeanga concurs: in the course of her research, it became ever clearer that "the issue is not the system failure of capitalism or American system of governance" but that the system works perfectly fine - just not for Black people.

In closing, Keeanga is inspired by the fact that thanks to Bernie Sanders and the Squad, housing as a human right is now being debated and discussed, which provides another shot to do things right this time. There must be boots on the ground to force the Republicans and centrist Democrats to do the will of the people they’re elected to serve.

Keeanga-Yamahtta Taylor is Assistant Professor of African-American Studies at Princeton University. She writes and speaks on Black politics, social movements and racial inequality in the US.