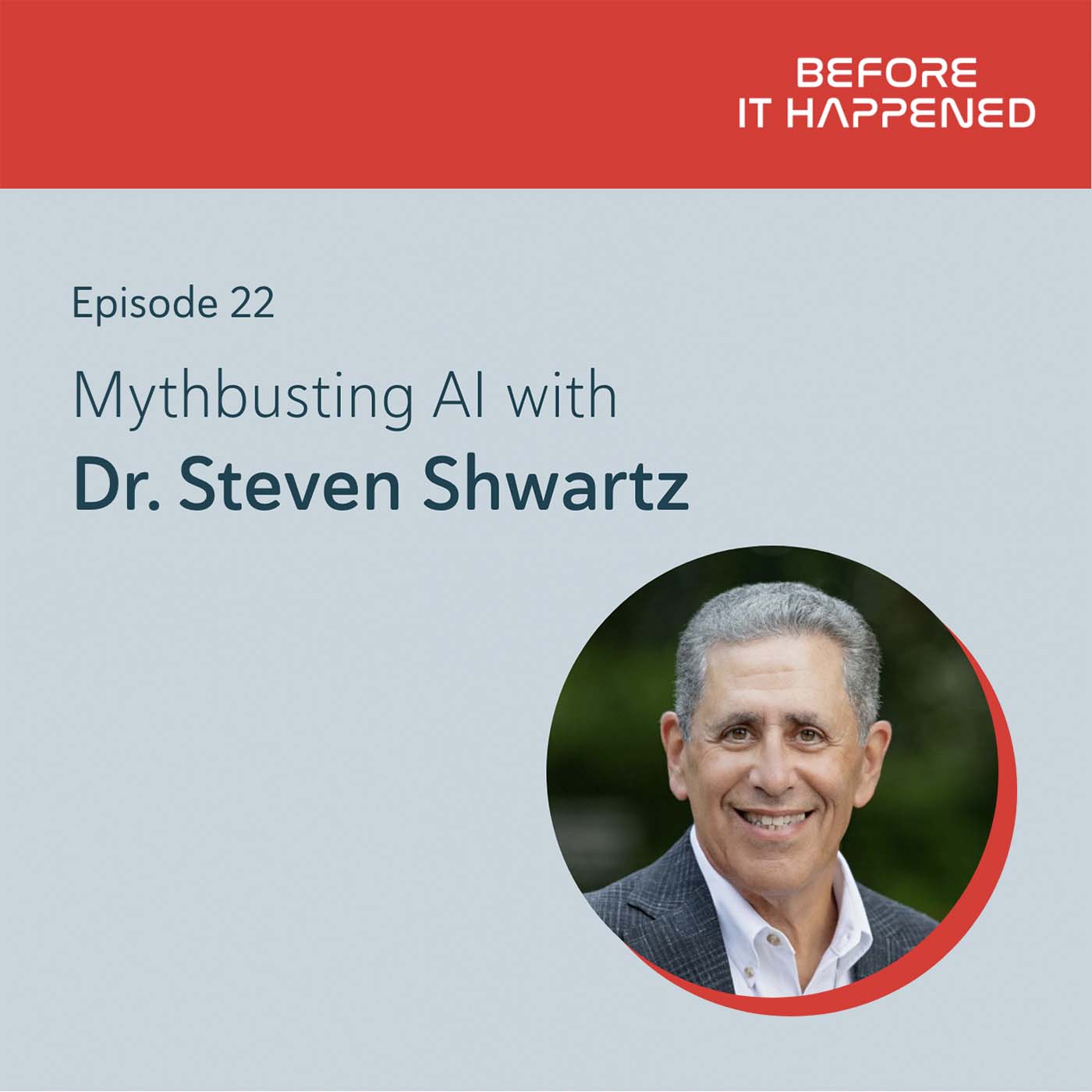 (01:24) - Stumbling into AI through Cognitive Psychology - “Roger Shank ran a lab with about 25 graduate students and lots of undergraduates, and it was one of the most exciting places I've ever, ever worked or been around.”

(05:54) - The two types of Artificial Intelligence - “People are trying to get computers not to be generally intelligent, but rather to be good at one small narrowly defined task.”

(10:19) - Early conversations around AI - “We were all investigating artificial general intelligence. And one of those dinner conversations was with Geoffrey Hinton who is now considered the father of AI.”

(16:04) - From academics to the business world - “I had a lot of AI experience but no business experience, and it took a lot longer to ramp up on business acumen than I ever expected.”

(21:54) - Debunking AI myths: Steven’s experience with Tesla’s ‘autonomy’ - “It's far from perfect. It's only a level two capability because you have to be ready to take over at any given time because it's going to make a lot of mistakes.”

(30:29) - The future for AI - “From nonprofits to retail, to government, to every single field, something is going on in AI that's providing beneficial capabilities.”

(32:49) - The misconceptions around the term AI - “If the field was called computational statistic, how many magazine covers would say, ‘Computational Statistics, changing the world?’”

(36:12) - Governments and AI regulation - “What we need to regulate is narrow AI and narrow AI needs to be regulated application by application.”