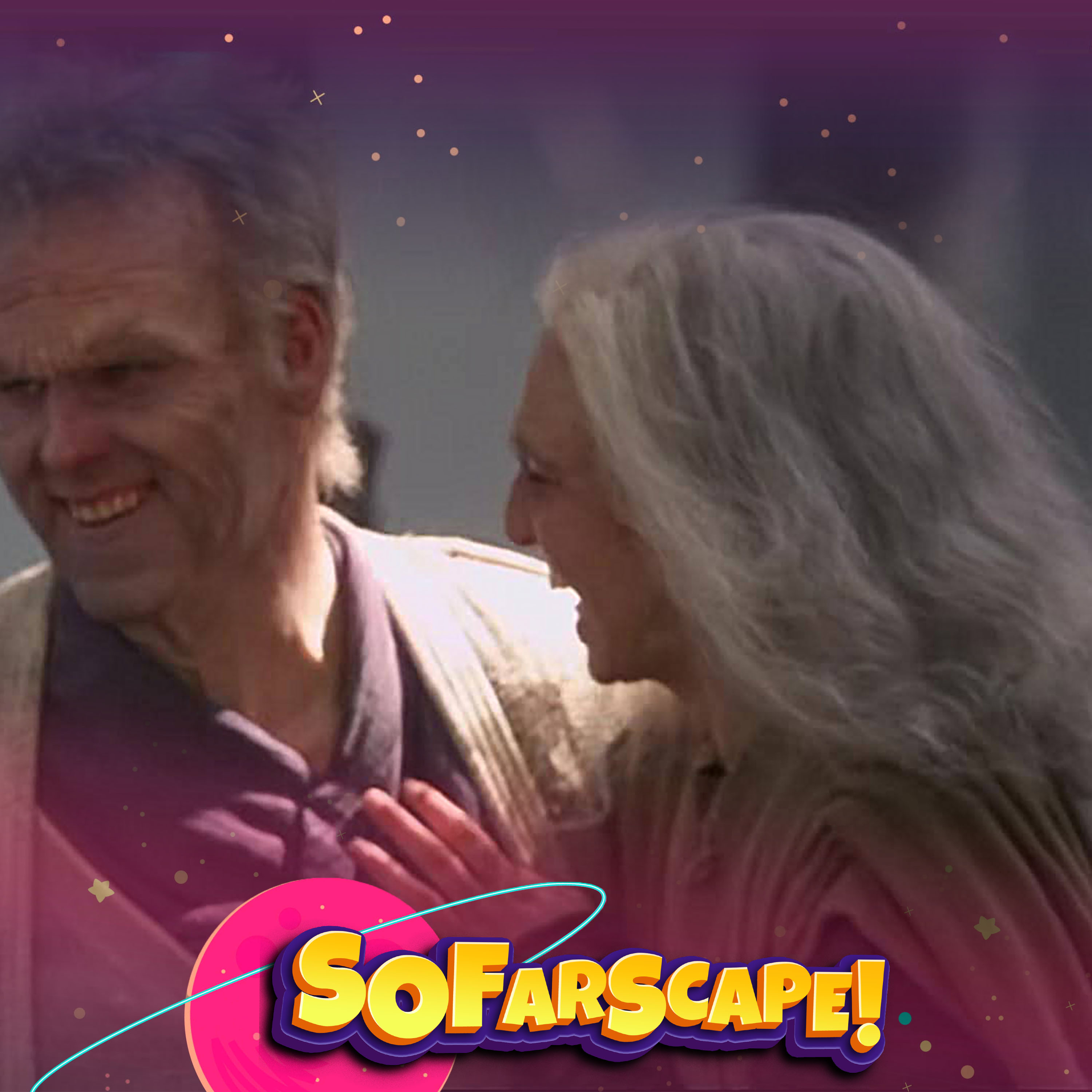 While travelling through a mist Aeryn scouts ahead for several hours, but when she emerges, she has aged 165 cycles. She informs Moya's crew that they have to leave lest they be trapped there forever. When she departs again, Crichton follows her only to get trapped on the planet with her, where he's forced to stay for several decades. Stark returns in this episode.