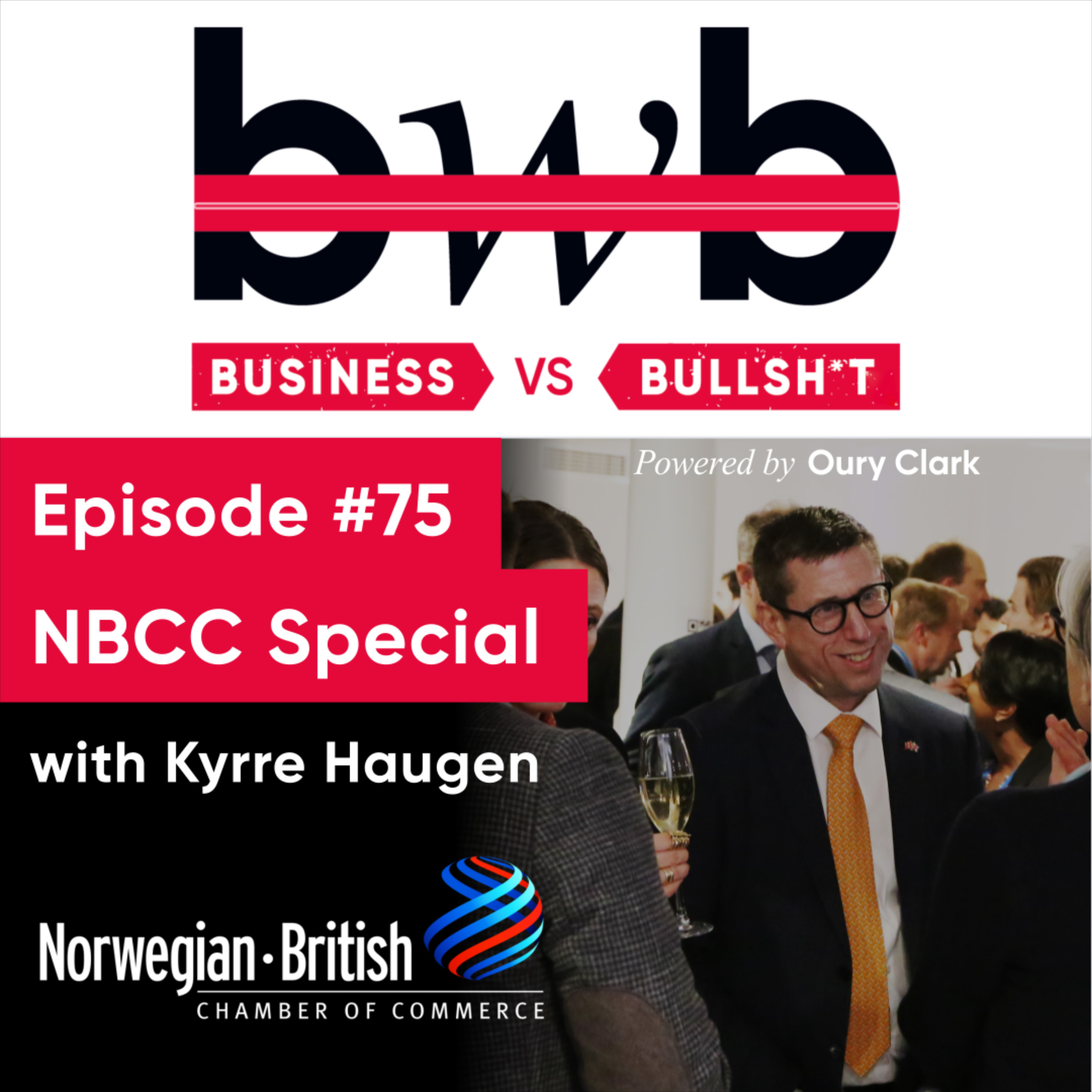 Welcome to this week’s special episode of BWB where we’re joined by Kyrre Haugan, General Manager of the NBCC.

We were lucky enough to recently attend their marvellous 115th Anniversary event where we managed to persuade Kyrre to let us record a special version of Business vs. Bullsh*t, on the ground, with guests who were attending the event, which, let’s say, became more and more colourful as the night progressed. In this episode we shall be playing the night’s recordings alongside hearing from Kyrre him about all things NBCC and find out how much Andy ended up paying for his charity auction bid!

Loads of fun in this one, all for a good cause. Pull up a chair and press play.