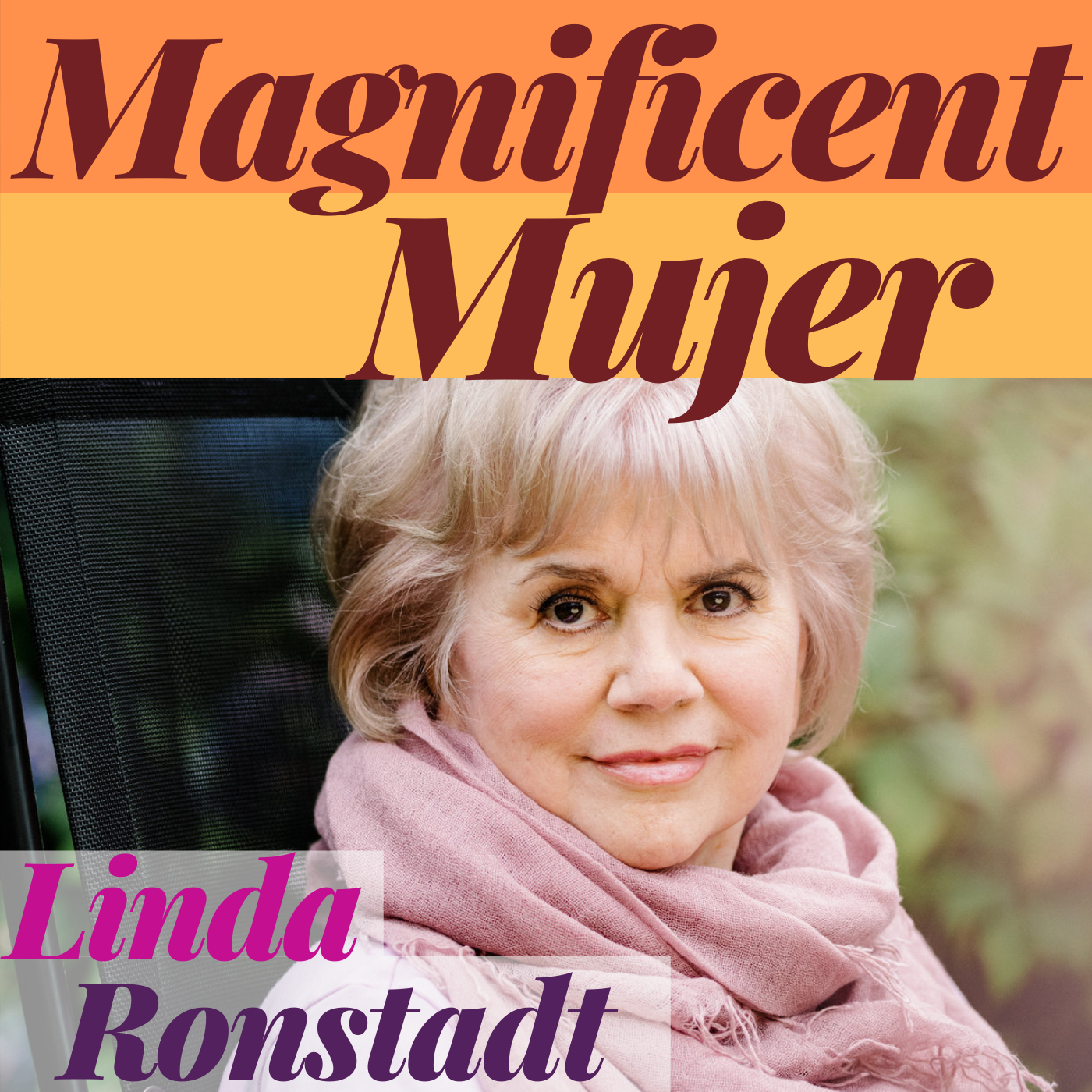 In this Magnificent Mujer interview with Enrique Morones we are reintroduced to Linda Ronstadt, a woman who is a “Soldadera”, a vocalist, musical cultural, activist soldier, in her own right. She did what they said couldn’t be done. Her vision and her capacity to imagine and hear a sound in her head that others couldn’t propelled her where no woman had gone before; becoming a multi platinum recording artist in English, and becoming an icon in the Spanish language music world with the highest selling Spanish language album of all time.

The esteemed position that she holds as one of the most influential and prolific vocalists, recording artists, and popular cultural ambassadors of the last century came through hard work, perseverance, determination, and a great sense of pride and vision as to what a Mexican American woman could create. She has inspired many female artists after her across the genres of Rock, Country, Mariachi, New Wave, Jazz, Light Opera, and Musical Theatre among others to cross boundaries of what is possible to achieve in a career. Linda followed her heart, and her bliss, and nothing was off limits.

Today Linda is experiencing physical limitations due to the progressive effects of living with Parkinson’s disease. As you will experience in this interview, Linda’s inability to sing today has not affected her ability to awe her admirers with her sense of gratitude, humor and tenacity to keep acting to effect change and awareness by any means necessary. As she continues to speak out and be an advocate for those who today have been silenced or limited as refugees, asylum seekers, migrants or due to their language or age barriers she asks us to open our hearts. Please share this episode with your loved ones, especially our future generations and introduce them to an account of this inspiring path. Be aware, as Linda reminds us now that we have so much more music to make as a nation and as a world. How amazing it would be if we, like Linda, looked at life as an opportunity to co-create new sounds from those of our families and ancestors and our new neighbors without borders.

"It's really important that people be a student of history, ...know whose shoulders you are standing on, each generation, it only takes a generation to forget, what Dolores Huerta and Cesar Chavez did for the Farm Workers cannot be forgotten and already there are kids that are 15 years old that don’t know this history.”

- Linda Ronstadt in a 2013 interview with CreatTV San Jose, where she and Dolores Huerta spoke on activist women, for the upcoming Tucson Mariachi and Mexican Cultural Festival, which Ronstadt helped produce. The theme of that festival was the “Soldaderas”, the female soldiers of the Mexican Revolution

The 2013 Tucson. Mariachi and Mexican Cultural Festival celebrated the 100 year anniversary of the Mexican Revolution (1910-1920) by celebrating the contributions of the “Soldaderas”. The women who fought alongside the men, were responsible for cooking, preparing the camps, but also fighting on the frontlines alongside the men if their husbands were killed or injured.

In 2013 Linda Ronstadt published, “Simple Dreams: A Musical Memoir”, where she chronologized her unique and uncharted path through the annals of recording and performing history with a career that spanned over four decades and earned her 10 top-10 singles and over 30 studio albums. “Simple Dreams”, which she wrote completely on her own, and was very difficult work, for a woman who respects the written word immensely and had set the bar high for her own debut as an author, became a New York Times Bestseller. Her selfcrafted narrative of a woman’s journey through a male dominated music industry, and her own self charted path inspired producers James Keach and Michele Farinola and directors Rob Epstein and Jeffrey Friedman to pursue her tirelessly to make a documentary, released in late 2019 titled, “Linda Ronstadt: The Sound Of My Voice”, (https://www.lindaronstadtmovie.com/),that she herself at first thought was superfluous, and unnecessary. Always humble, and always about the music, and making it good, Ronstadt acquiesced when she understood that this was a documentation of an artistic process revealed and was relevant on that basis.

Less known to the public is the life long passion for activism and compassion for suffering and coming to the aid of her fellow humans in need, though speaking out, and supporting non profit and advocacy groups that work every day to make real changes in the lives of people, animals and the environment where often there were no other supporters. Today Linda helps to bring the arts, and musical instruction and mentorship to youth in the US and Mexico. She believes that the arts are for every person, and are truly necessary for a healthy life, a healthy community and a healthy world. Music was present in every part of her childhood upbringing and she has been deeply shaped by the artistic paths of her parents and family. Her parents sang constantly and played music and she credits this influence in giving her the courage to enter any style of music that she was exposed to as a young girl.

Subscribe to our podcast at BuenHombre.org or ManificentMujer.org, on Apple Itunes, TuneIn, Stitcher and on Youtube at Buen Hombre Magnificent Mujer. Please like our podcast and videos on these platforms as it helps us reach more listeners and grow our community. Join Enrique Morones as he talks to important influencers on issues regarding human rights, activism, creativity and how we can all make this a better world. Hear their inspiring stories, Amor Si Se Puede! Love is an Action not just a word.