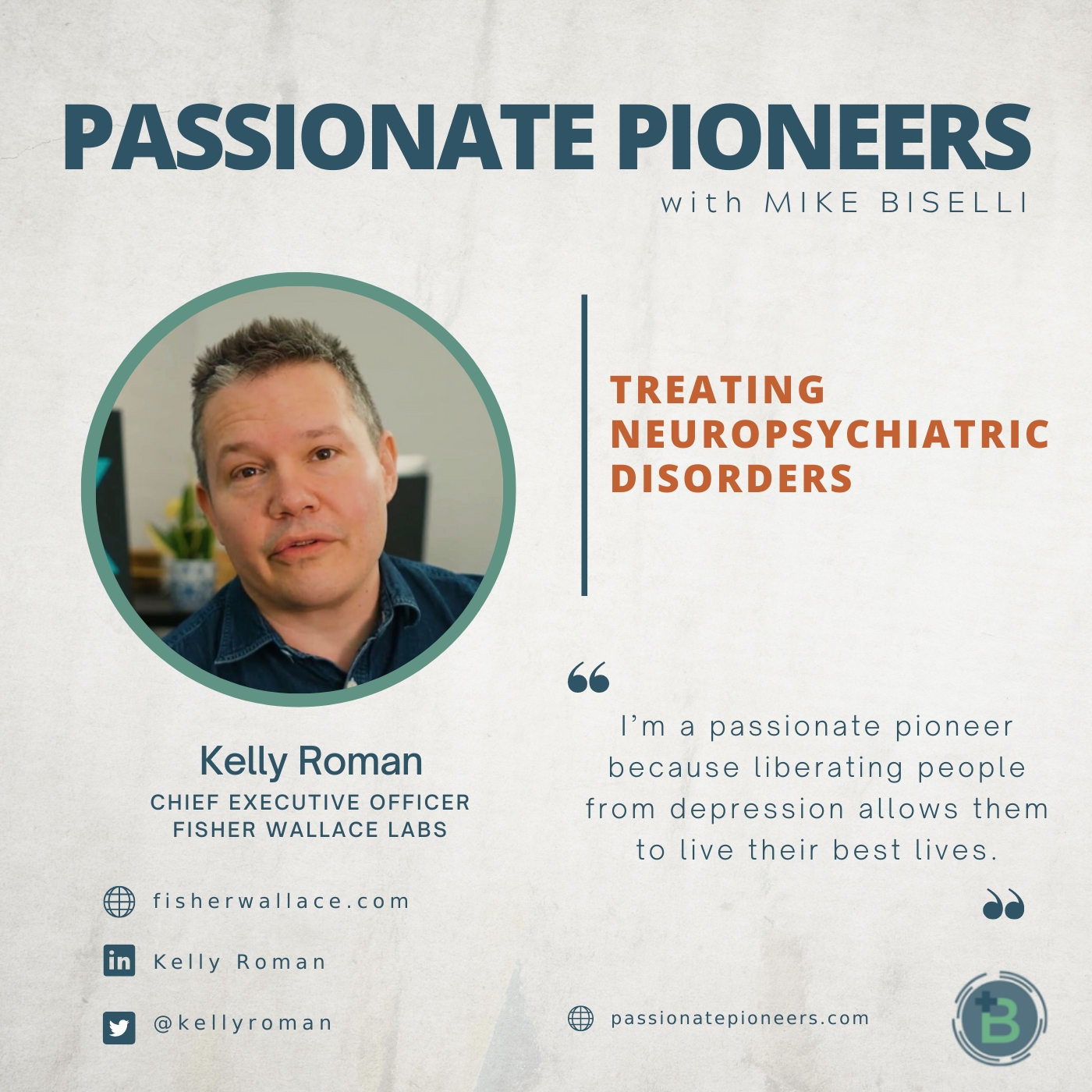 This episode’s Community Champion Sponsor is Catalyst. To virtually tour Catalyst and claim your space on campus, or host an upcoming event: CLICK HERE

During this episode, Kelly Roman, CEO of Fisher Wallace Labs, a pioneering company in wearable prescription technology, joins us to discuss how his team is building industry-leading innovations that treat the brain electrically to reduce the symptoms of depression, anxiety, and insomnia.

Additionally, Kelly shares how Fisher Wallace came to be, why he is so passionate about liberating people from depression, and his vision for wearable technology as the next frontier for mental health treatment.

Kelly Roman is the Co-Founder & CEO of Fisher Wallace Labs. He has helped pioneer the prescription wearable category for more than a decade, with a proven track record in product development, regulatory affairs, and clinical trial strategy. Before co-founding Fisher Wallace, Kelly graduated from Harvard and served as an award-winning executive in the digital advertising and SaaS industries.

Join the Community
Support the Podcast