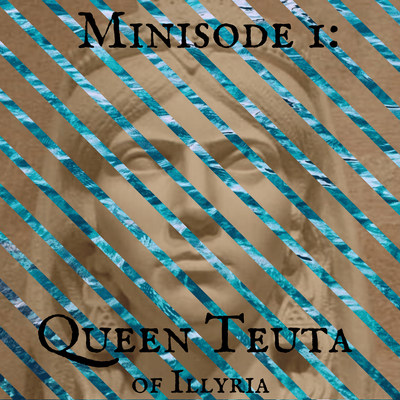 "He was succeeded on the throne by his wife Teuta [who] gave letters of marque to privateers to pillage any ships they met, and collected a fleet and force of troops as large as the former one and sent it out, ordering the commanders to treat all countries alike as belonging to their enemies."

So began the reign of Queen Τεύτα, who ruled Illyria from 231 to 227 BC. During this time, she would bring the Greek states to their knees with her buccaneering ways and get right up Ancient Rome’s aquiline nose. No wonder contemporaneous(-ish) chroniclers would do their best to relegate her to the footnote of history.

In this minisode, ancient historians Polybius and Appian hold a misogyny-off. And Sarah proves her cool credentials by claiming various classical figures as her ‘home boys’.