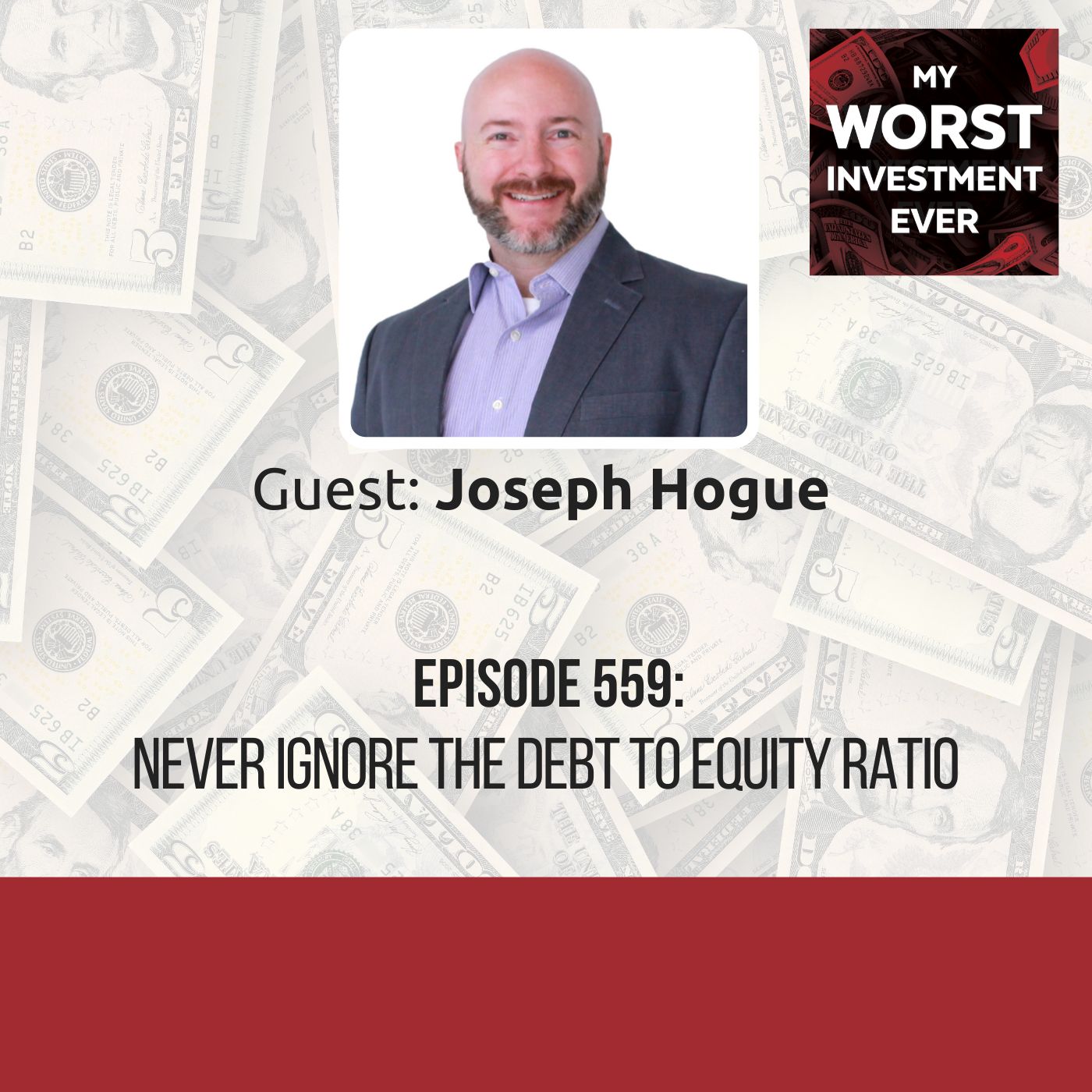 BIO: Joseph Hogue graduated from Iowa State University after serving in the Marine Corps. He worked in corporate finance and real estate before starting a career in investment analysis. He has appeared on Bloomberg and CNBC and led a team of equity analysts for a venture capital research firm.

STORY: Joseph bought stocks in an energy company at a time when industry prices were low with the hope that the company would outperform the market, but it didn’t. He lost $30,000 in the investment.

LEARNING: Always look at debt-to-equity ratios, especially in a down market. Set percentage caps on the stocks in your portfolio.

Born and raised in Iowa, Joseph Hogue graduated from Iowa State University after serving in the Marine Corps. He worked in corporate finance and real estate before starting a career in investment analysis. Joseph has appeared on Bloomberg and CNBC and led a team of equity analysts for a venture capital research firm. He holds a master’s degree in business and the Chartered Financial Analyst (CFA) designation.

Joseph left the corporate world in 2014 to build his online businesses, first through creating websites and later through his YouTube channel, Let’s Talk Money. He’s since grown the community to over 500,000 and reaches more than 1.8 million people a month through his blogs, YouTube channel, and a weekly market newsletter.

Subscribe to Joseph’s free weekly market newsletter to get an update on all the news, trends, and what he’s watching in the week ahead for stocks!

In 2014/15, high debt and low energy prices knocked the entire coal industry down. Regulators were circling, trying to limit the coal generation capacity in the United States. But still, a third of the US energy grid was generated by coal, so this was still a viable resource that people were using. The stocks in the energy industry were down by almost half.

Joseph was fully aware of what was happening in the industry. He decided to do a bottom-up analysis of the stocks. He found Peabody Energy, the world’s largest private-sector coal producer at the time. The company had a solid market share and relatively good fundamentals relative to many other stocks in that sector.

He started buying Peabody Energy stocks in 2015. At the time, the stock was already 50% lower from its peak just a couple of years ago. The stock kept falling, and he kept buying. Like many investors, Joseph fell into the gamblers’ trap. Eventually, he was just praying to get even.

Peabody Energy ended up filing for bankruptcy in 2016, and in the process, Joseph lost about $30,000. This loss embarrassed him because he had already worked in the industry for about four years and had passed all three levels of the CFA in 2011. He was a charterholder and had worked with venture capital and private wealth management.

Still, Joseph just ignored the basics of investing. He thought he had a strong investment case in that coal was still something the US would need to generate electricity. The world was not about to get rid of it overnight. A lot of these stocks seemed to be trading at a discount. Joseph picked the one stock he thought had the financial size and scope to survive, supposedly, but it didn’t survive.

Don’t put more than 10% of your money in a single stock. Do your rebalancing on the asset level, from stocks to bonds, commodities, or other assets. Suppose you’re trading in a particular industry or even a sector doing well. In that case, you can always reallocate some of that money into the competitors doing well, so you still have that industry exposure that’s doing so well but not necessarily that one individual company.

Joseph’s goal for the next 12 months is to start an investor community with a revenue share agreement. His investment goal is to keep pushing hard and making more money to invest.