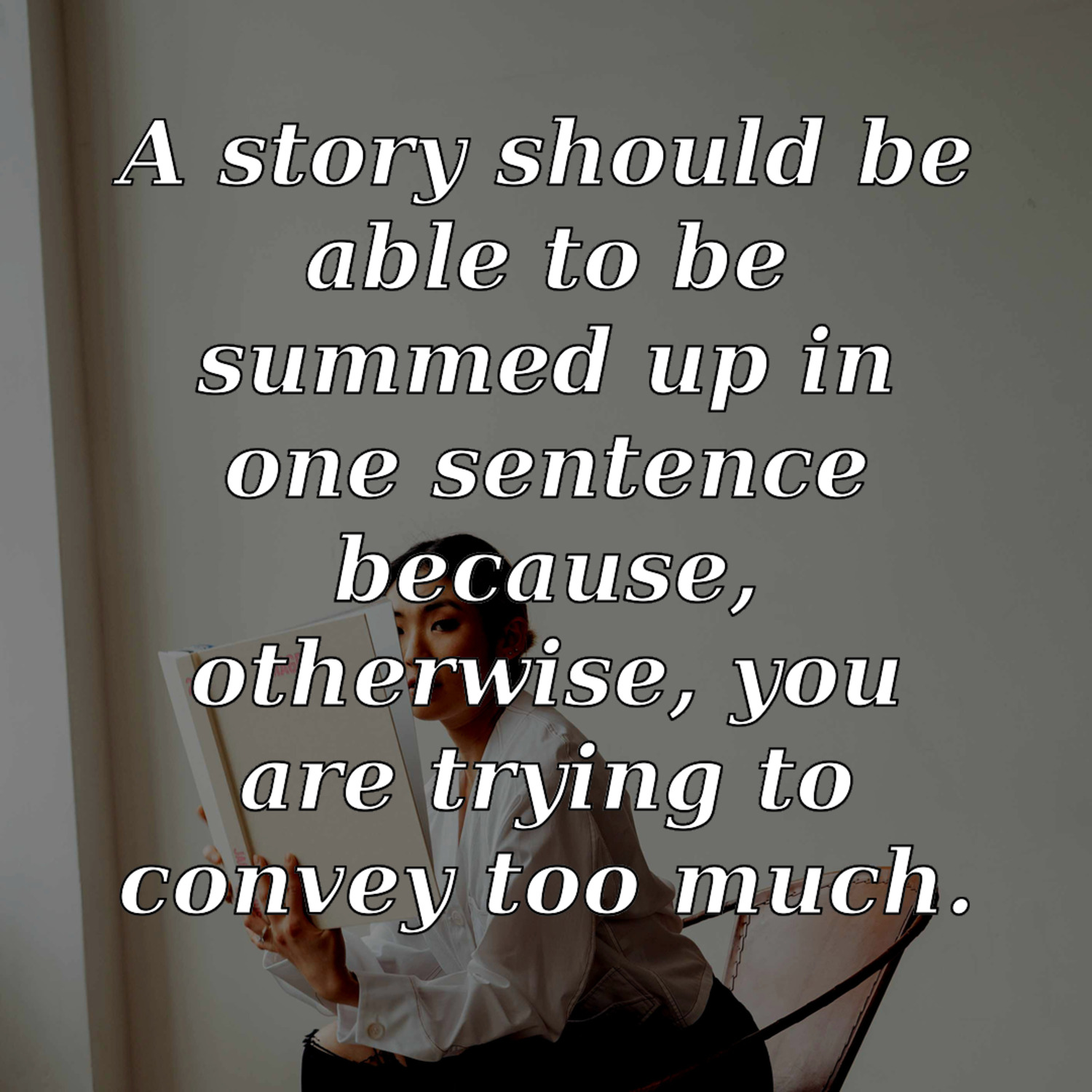 The 1:1:1 method of storytelling is to simplify it as much as possible. The impact of a story won’t necessarily be stronger if it is ten sentences versus two sentences. Therefore, the 1:1:1: method focuses on the discussion and reaction that occurs after a story. A story can be composed solely of (1) one action, (2) one emotion to be evoked, and (3) a one-sentence summary. Don’t get lost rambling, and also make sure your listener feels that they are fully participating in the conversation.

On the theme of simplifying storytelling, we’ve been talking about how we can use a mini-story in many ways. You may be wondering what the difference is between a mini story and a full-fledged story.

For our purposes, not much. It seems that many people like to complicate storytelling as if they were composing an impromptu Greek tragedy. Does there have to be an introduction, middle, struggle, then resolution? Does there need to be a hero, a conflict, and an emotional journey? Not necessarily. Those are specific ways of storytelling if you are Francis Ford Coppola (director of the Godfather series) or a standup comedian used to keeping crowds engaged.

But certainly these aren’t the easiest or most practical ways to think about storytelling.

My method of storytelling in conversation is to prioritize the discussion afterward. This means that the story itself doesn’t need to be that in-depth or long. It can and should contain specific details that people can relate to and latch on to, but it doesn’t need to have parts or stages. A full story can be mini by nature. That’s why it’s called the 1:1:1 method.

This method stands for a story that (1) has one action, (2) can be summed up in one sentence, and (3) evokes one primary emotion in the listener. You can see why they’re short and snappy. They also tend to ensure that you know your point before starting and have a very low chance of verbally wandering for minutes and alienating your listeners. This is the lowest input to the highest output ratio you can have for a story.

For a story to consist of one action means only one thing is happening. The story is about one occurrence, one event. It should be direct and straightforward. Anything else just confuses the point and makes you liable to ramble. Details are important to share, but probably not at the outset because the story’s impact will be lost or blunted.

A story should be able to be summed up in one sentence because, otherwise, you are trying to convey too much. It keeps you focused and straight to the point. This step actually takes practice, because you are forced to think about which aspects of the story matter and which don’t add anything to your action. It’s a skill to be able to distill your thoughts into one sentence and still be thorough—often, you won’t realize what you want to say unless you can do this.

Finally, a story should focus on one primary emotion to be evoked in the listener. And you should be able to name it! Keep in mind that evoking an emotion ensures that your story actually has a point, and it will color what details you carefully choose to emphasize that emotion. For our purposes here, there really aren’t that many emotions you might want to draw out in others from a story. You might have humor, shock, awe, envy, happiness, anger, or annoyance. Those are the majority of reasons we relate our experiences to others.

Keep in mind that this is just my method for conveying my experiences to others. My logic is that whether people hear two sentences about a dog attack or they hear ten sentences doesn’t change the impact of the story. Telling a story about your friend going to jail—well, he’s still in jail at the end of two or ten sentences. Likewise, if you tell a story about how you adopted a dog, the dog will still be lounging on your bed if you take ten seconds or two minutes to tell the story.

After you provide the premise, the conversation can move forward as a dialogue, your conversation partner can participate more fully, and we can then focus on the listener’s impact and reaction. Then you can let the inevitable questions flow, and you can slowly divulge the details after the context is set, and the initial impact is felt. So what does this so-called story sound like?

“I was attacked by a dog and I was so frightened I nearly wet my pants.” It’s one sentence, there is one action, and the bit about wetting the pants is to emphasize the fact that the emotion you want to convey is fear and shock.

You could include more detail about the dog and the circumstances, but chances are people are going to ask about that immediately, so let them guide what they want to hear about your story. It doesn’t hurt to directly name the emotion that you were experiencing. Invite them to participate! Very few people want to sit and listen to a monologue, most of which is told poorly and in a scattered manner. Therefore, keep the essentials but cut your story short, and let the conversation continue as a shared experience rather than you monopolizing the airspace. Here are another couple of easy examples:

“Last week, I had a job interview that went so poorly I had the interviewer laugh at me while I was leaving the office, it was so embarrassing.” One action, one emotion, in one sentence.

“When I first met Joshua, I spilled a bowl of baked beans all over his white pants and I think the entire room was watching while this happened.”

The 1:1:1 method can be summed up as starting a story as close to the end as possible. Most stories end before they get to the end, in terms of impact on the listener, their attention span, and the energy that you have to tell it. In other words, many stories tend to drone on because people try to adhere to complex rules or because they simply lose the plot and are trying to find it again through talking. Above all else, a long preamble is not necessary. What’s important is that people pay attention, care, and will react in some (preferably) emotional manner.