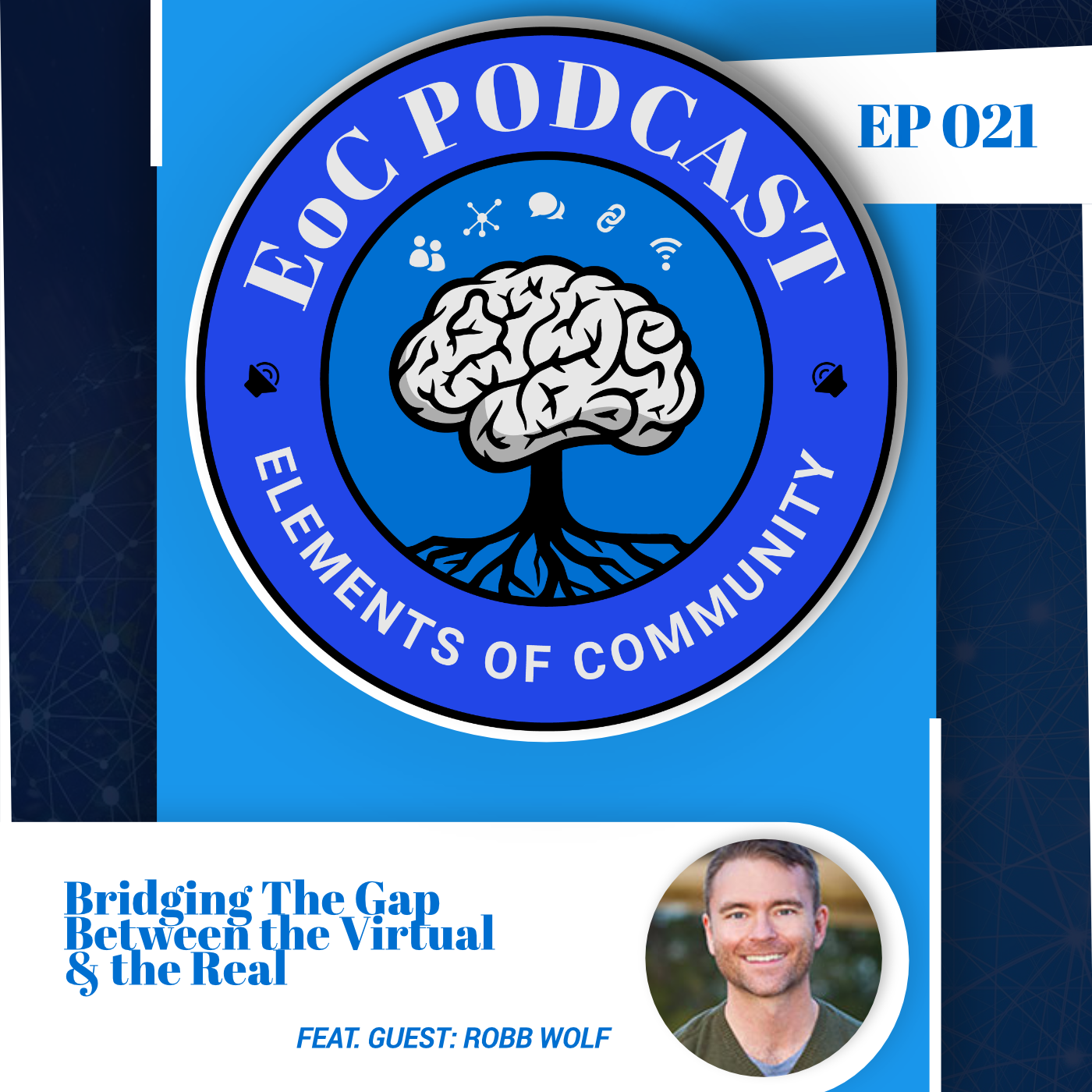 Welcome back to Elements of Community! Today we are joined by Robb Wolf and we are chatting about how to bridge the gap between “The Virtual” & “The Real” in a community.

Robb Wolf is a former research biochemist and 2X New York Times/Wall Street Journal Best-selling author of The Paleo Solution and Wired To Eat. Along with Diana Rodgers, he co-authored the book, Sacred Cow, which explains why well-raised meat is good for us and good for the planet.

Robb has transformed the lives of hundreds of thousands of people around the world via his top-ranked iTunes podcast, books, and seminars. He also co-founded the 1st and 4th CrossFit affiliate gyms in the world, The Healthy Rebellion community platform, and is the co-founder of DrinkLMNT Electrolytes.

What Makes a Good Community Leader?

Learning to foster Healthy Rebellion in the community brings a certain willingness to share and a ton of emotional intelligence to the community members. It's not that the people uniformly roll over during conflict, but having people in the community that stoke the fires of conflict and keep that going can help bring the community together.

The members of his community are good at acknowledging what's going on. For example, if somebody needs a little bit of tough love, they get some tough love,  but it's done in a way that's honest instead of judgemental.

An Element of Community that Shows up in Healthy Rebellion

One of the elements of the community that makes Healthy Rebellion stronger is the common language. Robb raises the idea of the military, which is one of the places people can wrap their heads around when it comes to common language.

In Healthy Rebellion there was this big catch-up process between people that had this resilience mindset that they were able to foster. The processing was super quick and that's because everybody knows they had support and is using a common language around that.

If you want to know more about Robb Wolf, you may reach out to him at: