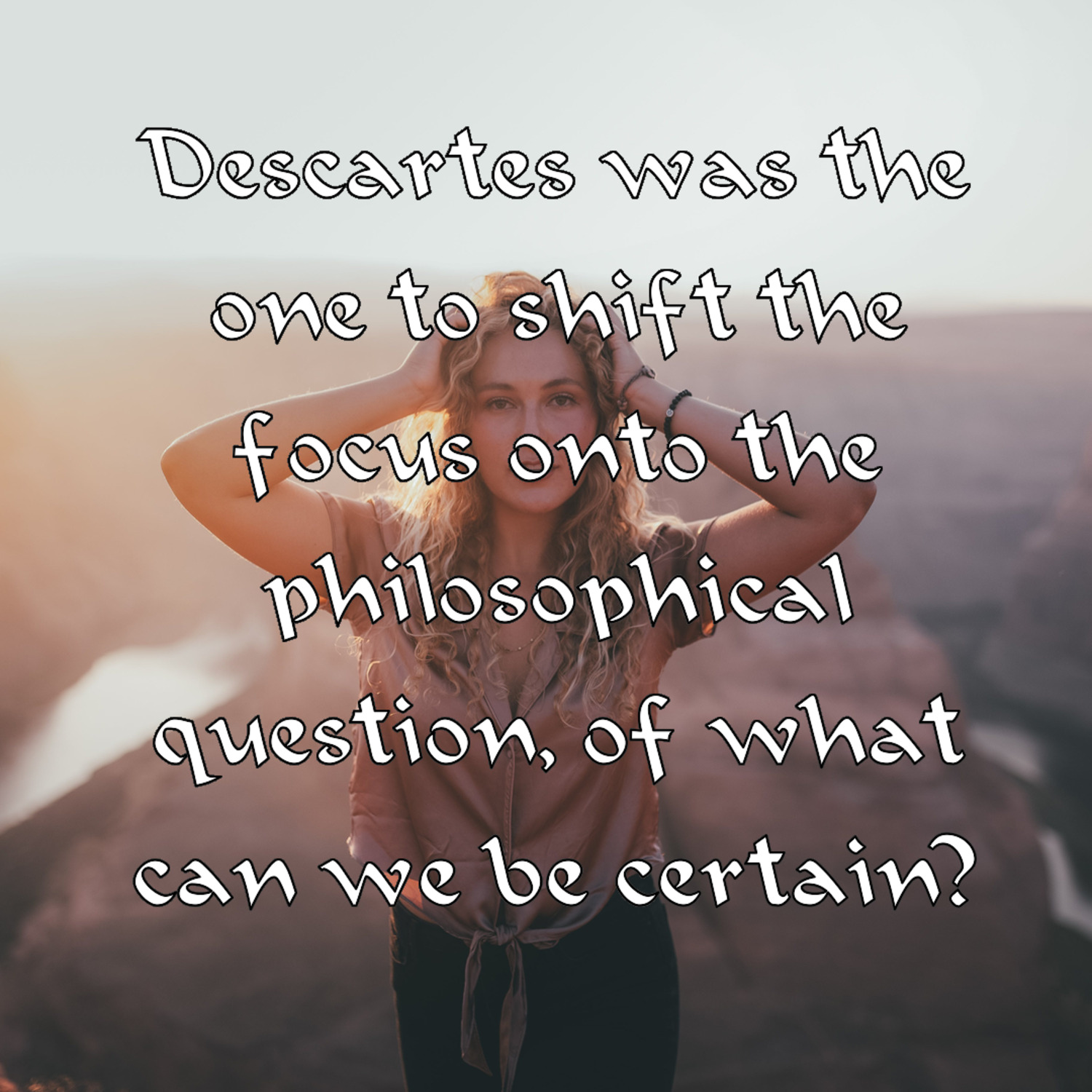 Rene Descartes invented modern geometry, was a leading physicist, and was one of the most prominent Western philosophers in history. He is most famous for his investigations on the essence of knowledge and what could and could not be proven. This was eventually reduced down to the statement that if one thinks, they exist. I think, therefore I am.

Imhotep is a name long lost to history, despite his influence in ancient Egypt. He was the physician to the pharaohs that he served, and he was the architect for the first pyramids in Egyptian history. His engineering prowess didn’t stop at the pyramids, however, as he was responsible for much of the early irrigation that allowed the Egyptian civilization to channel the power of the Nile.

Email the show at HollinsPodcast@NewtonMG.com or let us know what you think at http://bit.ly/hollinscomment

Though the famed philosopher Rene Descartes cannot perhaps claim as wide a scope as the other polymaths on our list, he nevertheless made colossal strides in math, philosophy and the scientific process in general, and to such a penetrating depth that his famous “cogito ergo sum—I think therefore I am” is now regarded as one of the grand cornerstones in the history of Western philosophy.

Descartes was the one to shift the focus onto the philosophical question, of what can we be certain? Essentially, the idea is that if there is doubt, there must be a doubter, which proves undoubtedly the existence of the doubter.

In saying “I think” there must be a thinker.

There are always limits and doubts associated with our senses, even our rationality—who can say we are not deluded or mistaken or deceived in our faculties? However, if we are to determine without any doubt something we can know for sure, we can begin with this maxim and know that at base, we exist.

His work is still studied today, and many of his theories and concepts have become intimately woven into much of the fabric of philosophical thought that followed.

Though the scope of it is well beyond any brief introduction possible here, we can say that Descartes pioneered a deep attitude of skepticism, taking nothing for given that couldn’t be proven—and on this basis and this basis alone a solid philosophy of any kind could be built.

For this and other reasons, Descartes was considered somewhat a founder of modern philosophy, and set the tone for many philosophers to follow in his wake.

His Meditations of First Philosophy were likewise influential, and his formulations and proposed processes of scientific and philosophical thought are still being discussed today.

Though it might not seem like much today, the fact that we consider the mind and body two distinct entities is largely thanks to Descartes’ extensive work on this “problem,” and the implications this has had for Western thought are incalculable.

Descartes created the Cartesian coordinate system—the one you use every time you make or read any kind of graph.

With Cartesian coordinates, a point in two dimensions can be represented by two numbers in a plane; this convention has been used in linear algebra, differential geometry, group theory, analytical geometry, calculus and more.

Any geometric figure or equation can be transformed or represented on a Cartesian plane, with many useful implications.

Descartes also invented a way to determine the number of positive or negative real roots of a polynomial.

x2? That was Descartes’ work, too.

Descartes contributed greatly to the field of optics (discovering a law of refraction outlined in his treatise, Dioptrique, called Snell’s Law), and in general was influential in the growth of modern physics.

He devised a law of conservation and of mechanical momentum.

He was the first to formally suggest a theory of natural laws, and his first was, “Each thing always remains in the same state; and consequently, when it is once moved, it always continues to move.” The second was, “All movement is, of itself, along straight lines.” Sound familiar? These were later adapted as Newton’s first law of motion.

The Builder of Pyramids

Polymathy is not just a phenomena reserved for Western intellectual figures in a narrow historical period—there were “Renaissance men” long, long before the Renaissance, and one of the very first polymaths ever hailed from a region long considered the cradle of civilization: Egypt.

Imhotep (the name means “he who comes in peace”) was a doctor, theologian, high priest, poet, engineer, sage, vizier and chief minister to King Djoser, the second king of Egypt’s third dynasty.

Imhotep was born a commoner in a region a little south of modern-day Cairo in the 27th century BC.

Though it’s difficult to imagine today, the ancient Egyptians were an intellectually advanced civilization making incredible bounds in the sciences and arts while most of the world was still living a more primitive hunter-gatherer lifestyle.

Imhotep earned many titles and honorifics throughout his life, and was eventually deified in his own time as the god of medicine and wisdom.

Though Imhotep’s achievements are immense, there’s reason to believe there were other prolific polymaths of his era, too.

Imhotep had a notable reputation as a physician and surgeon, and could treat and diagnose a purported diseases that other nations were still grappling with treating hundreds of years later.

reatment of disease more than: 2000

There are documents to support his proficiency at remedying ophthalmological disease, gallstones, gout, dermatological problems, tuberculosis, and even dentistry, using natural extracts common in Egypt at the time.

Imhotep had extensive knowledge of human anatomy and physiology of the body’s different systems that would have been very advanced for the time.

Furthermore, the Edwin Smith Surgical Papyrus attributed to him has given historians a clear view on the state of ancient Egyptian medicine and healthcare.

This papyrus documents several significant patient cases including head injuries and stab wounds, as well as outlining a wealth of anatomical terms and treatments for a range of diseases.

Contrary to the spirit of medicine at the time, this more rational treatise did not refer much to magic or the gods.

Instead, we find the beginnings of a medical ethics, helping practitioners distinguish between treatable and untreatable ailments.

Imhotep was known for his determination and strength in fighting unknown diseases with tools and models that would to our modern sensibilities seem very limited indeed.

Imhotep also pioneered a mummification technique that allowed the internal organs to be removed and preserved in separate containers.

The ancient Egyptians held in high esteem those with the talent for magnificent feats of engineering, masonry, design, geometry, mathematics and building.

Imhotep was the renowned architect for the Step Pyramid of Saqqara—Egypt’s first pyramid, and an engineering marvel never before attempted.

The Step Pyramid is widely considered one of the earliest cut stone constructions of its size, and the tallest man-made structure on earth at the time.

Imhotep oversaw not only the complex construction of the pyramid itself but the associated courtyards, temples, pavilions, columned halls and shrines.

Imhotep is also known to have created a sophisticated irrigation system that made use of the Nile River to protect the country from even prolonged periods of drought.

His legacy also includes many key writings on religion, poetry, medicine and architecture.

Ancient Egypt was a flourishing and highly advanced civilization for thousands of years, becoming a center of growth, development and prosperity.

Imhotep, being one of the earliest pillars of this great period of antiquity, no doubt contributed his own enormous genius to ancient Egypt’s triumphs.