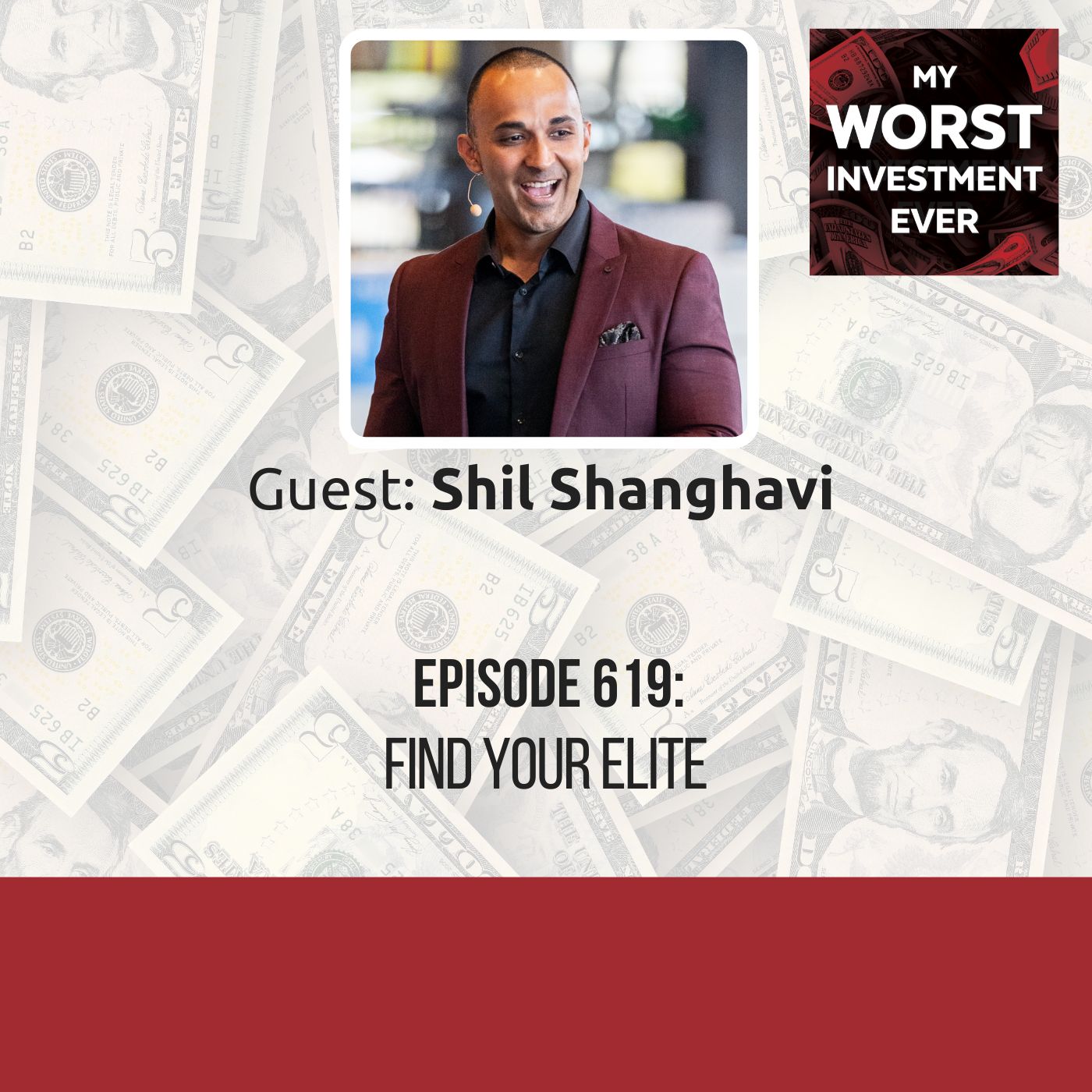 BIO: Shil Shanghavi is a public speaking specialist, storyteller, and highly regarded speaker coach. He is redefining the meaning of public speaking by demonstrating its value across all forms of communication.

STORY: Shil’s worst investment was paying for ecstasy for over 15 years. However, this also turned out to be his best investment because he discovered house music while high on drugs. He learned to speak to music to control his stuttering and talk fluently.

LEARNING: Find a way to flip your challenges into your success story. Reach out to people around you when you need help. Write your thoughts down but don’t feel compelled to action them immediately.

“Find your elite, and don’t let it scare you.”

Shil Shanghavi is a public speaking specialist, storyteller, and highly regarded speaker coach. He is redefining the meaning of public speaking by demonstrating its value across all forms of communication.

Shil is the Head of Speaker Coaching for TEDxPerth, a Board member of Guerrilla Establishment, and a presentation mentor with Impact100 WA. He is a pioneer in his field, having introduced the concept of public speaking in virtual reality and artificial intelligence—two groundbreaking approaches which are disrupting the speaking game.

In 2021, an award-winning short film documentary of Shil’s life story was released globally. The documentary is an intimate, behind-the-scenes look at Shil’s story, documenting his public speaking journey.

Shil was born with a stutter which got worse as his life progressed. All through school and around other kids, Shil got teased, ridiculed, bullied, ignored, and dismissed because he couldn’t talk properly. That continued when Shil moved to Australia. The horrible treatment made his stuttering even worse. It continued through to university.

In university, Shil was around people older than him studying subjects he’d never come across. And because of that, Shil thought they were more intelligent, educated, and better than him. His stuttering made people distrust him and think of him as incompetent. So Shil was always excluded from assignments, team meetings, and discussions. He never felt like he belonged or had a place in the world.

One day, Shil was invited to a party. During the party, he was standing around a group of people, and one of the guys in this group offered Shil a little blue pill. He didn’t know what it was at first. The whole group turned to look at Shil, and they all urged him to take this pill, and that’s when it struck him that this was some drug. He’d never taken drugs before but wanted to fit in, be liked, and belong. So Shil took the pill. The following eight hours were phenomenal. It was one of the most incredible things he’d ever felt. Everybody was his friend. Nobody laughed at him when he stuttered; they instead laughed with him, which felt really good. From that moment, Shil got hooked on drugs and ecstasy because of that feeling of acceptance.

The drug addiction continued for more than 15 years. This addiction made Shil fall in love with progressive dance and house music. He would sit on his couch, a buddy’s couch, or at a party for hours and hours, immersed in the high while listening to house music. He did it repeatedly, for hours. As Shil was listening to house music, he started speaking to himself. The more he listened to the music, the more he started correlating what he was saying to the rhythm of the house music playing in his head. Shil learned that house music operates at a four-on-the-floor beat. He memorized how house music plays by understanding time signatures. Then he started speaking to the time signatures. This taught him to speak to music to control his stuttering and talk fluently. That’s how a $35 investment in ecstasy ended up being one of the worst and best investments of Shil’s life.

Find your elite, and don’t let it scare you.

Shil’s number one goal for the next 12 months is for his mom and dad to watch him present live.

“Please don’t take what I said as a literal thing. However, if you can take one thing away from this, please do and make sure you action it.”