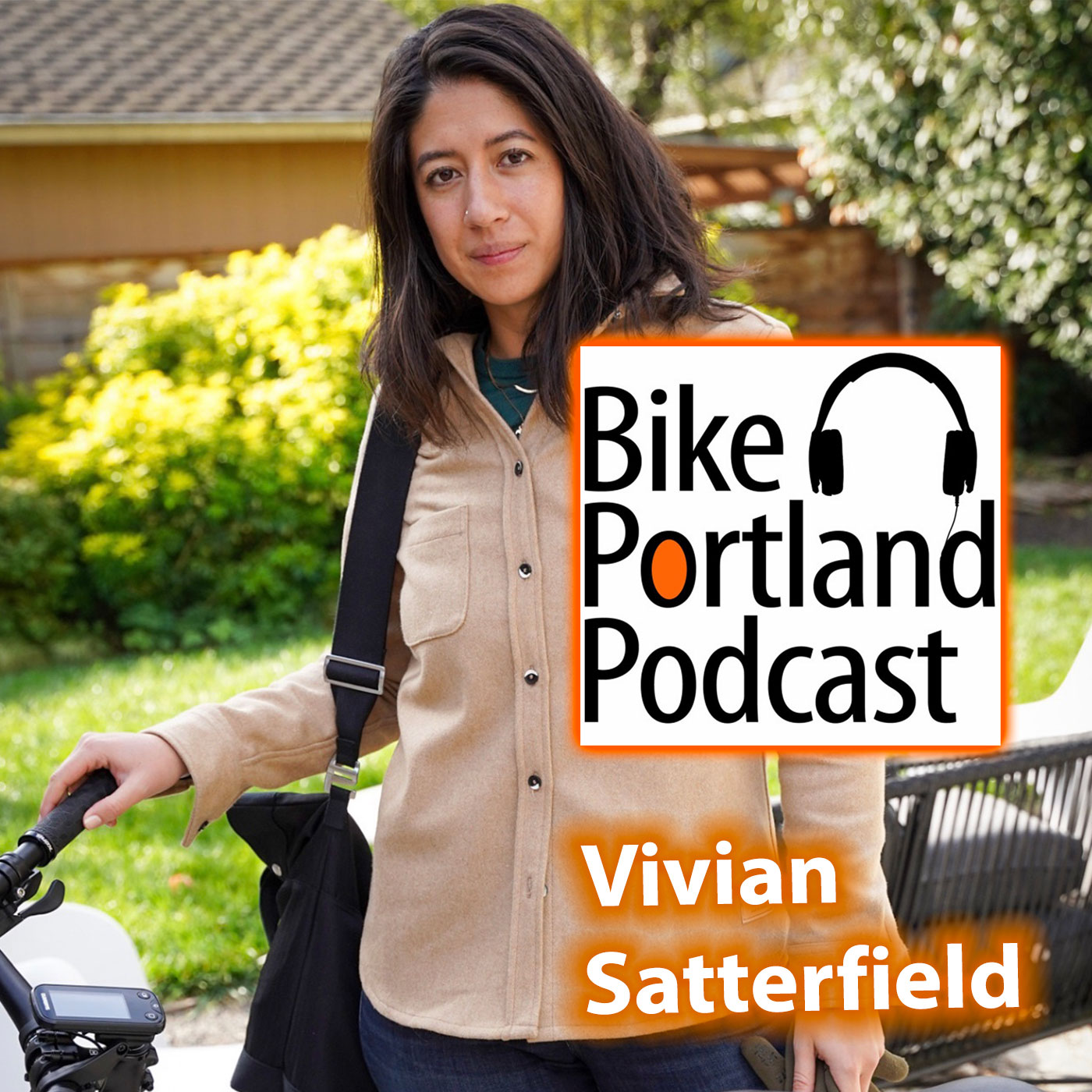 In this episode, our host (BikePortland Editor and Publisher Jonathan Maus) talks with Vivian Satterfield, one of Portland's busiest advocates whose work happens mostly behind the scenes as a member of many of the key committees, coalitions and task forces that shape local and regional transportation policies.

Vivian is director of strategic partnerships at Verde NW, a nonprofit based in northeast Portland's Cully neighborhood that "builds environmental wealth through social enterprise, outreach and advocacy". Just one example of Verde's work is how they organized, lobbied and helped build Cully Park, which opened in 2018. She's also worked as a transit activist with OPAL Environmental Justice Oregon.

I wanted to talk to Vivian not just because she's a smart and respected leader in the fight to reform transportation in our region, but because she brings a layered perspective to her work as a mixed-race, first generation Chinese American born and raised in urban Chicago. She's also a former bike racer who's competed on the road and at the velodrome.

This podcast is a production of Pedaltown Media Inc., and is made possible by listeners like you. If you're not a subscriber yet, please become one today at bikeportland.org/support. You can listen to more episodes and find out how to subscribe to our podcast bikeportland.org/podcast.