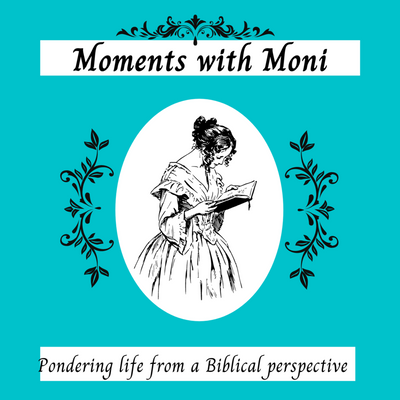 The last few Podcast Episodes have been about the Davidic Covenant and then a reminder of why we were looking into the covenants. One of the last things I mentioned was that it helps us to understand God’s plan to be His Ambassadors and His representatives of these Covenants, and it helps us take a look at how they play out in the Bible, in our lives and for our future.

The time frame of some of these covenant promises from God overlap in History and our Future:

Edenic: From the beginning of the Garden of Eden to the end of Genesis 2 when Adam sinned

Adamic: Genesis 3 to as long as there is sin on the Earth

Noahic: From the Ark to the end of rainbows

Abrahamic: Lasts until the end of the Millennium

Mosaic: Lasted from Receiving the Law at Mt Sinai to the death of Jesus on the cross

Davidic: From the days of David’s Kingdom, renewed to Mary Luke 1:31-33 and fulfilled through Jesus until the end of time.

Messianic or New Covenant: Applies to ALL who are saved through Faith in the finished work of Jesus on the Cross from Adam onward.

Only two of the Covenants had conditions attached

Do you remember which ones they were?

The Other was the Mosaic Law:  This was given solely to the People of Isreal. It ended with the Death of Jesus. Well technically it ended then. However many kept trying to crawl back under this old covenant known as the Law, rather than looking forward to the New Covenant of grace.

Marriage, it’s what brings us together today. Do you recall that movie line? Marriage ceremonies have changed over the years. Currently it looks like a contract between two people that can be broken when feelings change, that is why a prenuptial agreement comes in handy today, for those who look at marriage as a contract that is breakable at one point down the road.

But remember we looked at how God intended a marriage to be. In fact a marriage covenant was a representation of the Covenant relationship God made with mankind. There is no relationship with God outside of a Covenant. Are you in a covenant with God right now? If you are, do you know which one, or ones? Can you state the benefits and responsibilities of the Covenant that you are a part of with God? If not, you might want to go back through the Covenant Series again and take notes, or just check out the Blog Posts that coincide with each Episode and compare it to your Bible.

Our current culture tends to look at love as something to be received. The Old Testament describes the love of God as His loving kindness, or loyal love. It is pictured in the Book of Ruth 3 times and is described as headed love or lovingkindness, loyal love, and is

Expressed as genuine concern for others

Demonstrated as strong devotion to another

The Christian Wedding is actually filled with symbolism about the making of a covenant. We spoke of the Making of a Covenant in past Episodes.

The Hebrew word for Covenant is Berith. The root word of Berith is “to cut”. A blood covenant was a formal, binding agreement between two parties. In the Old Testament it was done by the cutting of an animal, who’s blood was shed to make the agreement binding. In the New Covenant the Better sacrifice, Jesus, gave His own blood to make the covenant binding and the shedding of blood no longer necessary.

In Old Testament times, this ground they walk on through the sacrifice was considered holy ground. They would then pledge and promise all their rights, possessions, and benefits to the other party. They would exchange belts, and their outer coat, and take some part of the other persons name.

This should all sound familiar to you after the last 6 or so weeks of the Biblical Covenant Series. But now, let’s look at what we might see in a marriage ceremony today that would remind of God’s Hesced, loyal, lovingkindness.

The Seating of the Family

The Families would be seated on opposite sides of the Church symbolizing the cutting of a blood Covenant. The family and friends that attend have also sacrificed in their own way to be a part of this wedding and are witnesses of the making of this Covenant.

The Parents sit up front, in prominence, as they are the ones ultimately responsible for the choice of a spouse for their children.

The Center isle symbolizes the center of the blood covenant ass they pass through in the making of the covenant. It is also traditional for the center isle to be lined with a white runner, which symbolizes holy ground.

Why does the Groom wait for the Bride up front?

Ephesians chapter 5 give us a picture of the Church's union with Christ. God the Father initiated the relationship through His Son Jesus, who called out His Bride from among those on the Earth, the church. Jesus, the Church’s Beloved, gave his blood to initiate the union, and now He waits for His Bride.

Who gives this Woman?

Traditionally the Jewish Dad walks the Bride down the aisle signifying he has carried out his responsibility of bring her to her Bridegroom as a pure, chaste, virgin Bride. Then it is asked, who gives this woman? The father replies, her mother and I do, signifying they both approve of the union and demonstrate the transfer of care and responsibility from her parents to her Groom.

The Bride and Groom join right hands, which symbolized the mixing of blood in old covenants. The exchanging of vows promise the rights and resources to the other. In older days, this was done as a one sided Covenant, from the Groom to the Bride, for she is the weaker vessel. In this ceremony they commit to each other in front of the witnesses, forsaking all others, and cleave to their spouse.

The Wedding dress signifies a pure heart of the Bride, and Jesus’ own righteousness that He clothes His Bride, a garment of “Fine linen that is bright and clean.

For today the ring is a symbol of eternity. In olden days, the ring was used to make a seal of authority. Pressing the ring into hot candle wax and letting it dry over the seal of a document, signifying God’s authority over the marriage, and also a profession of the Groom giving his wealth and possessions to the Bride as she takes part of His name.

As a symbol of purity and modesty, the Bride wears the veil as a covering to show show her reverence for her Groom and her God. The Veil also reminds us of the Curtain in the Temple that was torn in two from top to bottom at the moment that Jesus died on the cross. The couple become one, and we now have full access to God.

The couple is presented to the friends and family and witnesses, and our attention is brought to the fact that they are now one, in name. We can see the similarity of this in the making of a covenant.

Go forth and multiple

The first of the commands in the Covenant with Adam and Eve. Now a days, rice is thrown at weddings to symbolize the primary purpose of marriage, of creating a family that loves and honors God.

This final covenant that has been made with mankind through Jesus was prophesied or fore told through several of the old testament prophets. The Old Covenant that was made with Israel required strict obedience to the Mosaic Law. Romans tells us that the wages of sin is death! Moses was right in his prediction that Isreal would continue to fall in disobedience and they did.

The Prophet Jeremiah predicted the New Covenant. The day will come the the Lord will make a New Covenant with the people of Israel and Judah, The Lord said he will put His law into their minds and write them on their hearts, and He will be their God and they will be His people. The Testament was written on stony tablets, but in the new Covenant it will be written on their hearts. Ezekiel 36 mentions the same new Covenant and that the Lord will give them a new heart, and put a new spirit within them. He will remove the heart of stone and give a heart of flesh, and He will put HIs spirit with in them.

Which would bring about true holiness within those who partake of the offer.

The New covenant was origianally given to Israel and included a blessing. The fulfillment of the New Covenant will be seen in two places. On the Earth during the Millennial Reign of Christ and in Heaven for eternity.

God used these prophets to let Israel and eventually the Gentiles, or everyone else, know that God has made a BETTER covenant with us through the shedding of His own sons blood.

As we think about the cutting of a covenant, we know that blood was required.

I Corinthians tells us that we have been bought with a price, a precious sacrifice, that we are not our own, but bought with the blood of Jesus.

The New Testament confirms these prophets words in other places as well. Hebrews Chapter 9 shows us that Jesus’ sacrifice was superior in that it was perfect, voluntary, rational, and motivated by love. Pure hesced, loyal, lovingkindness love.