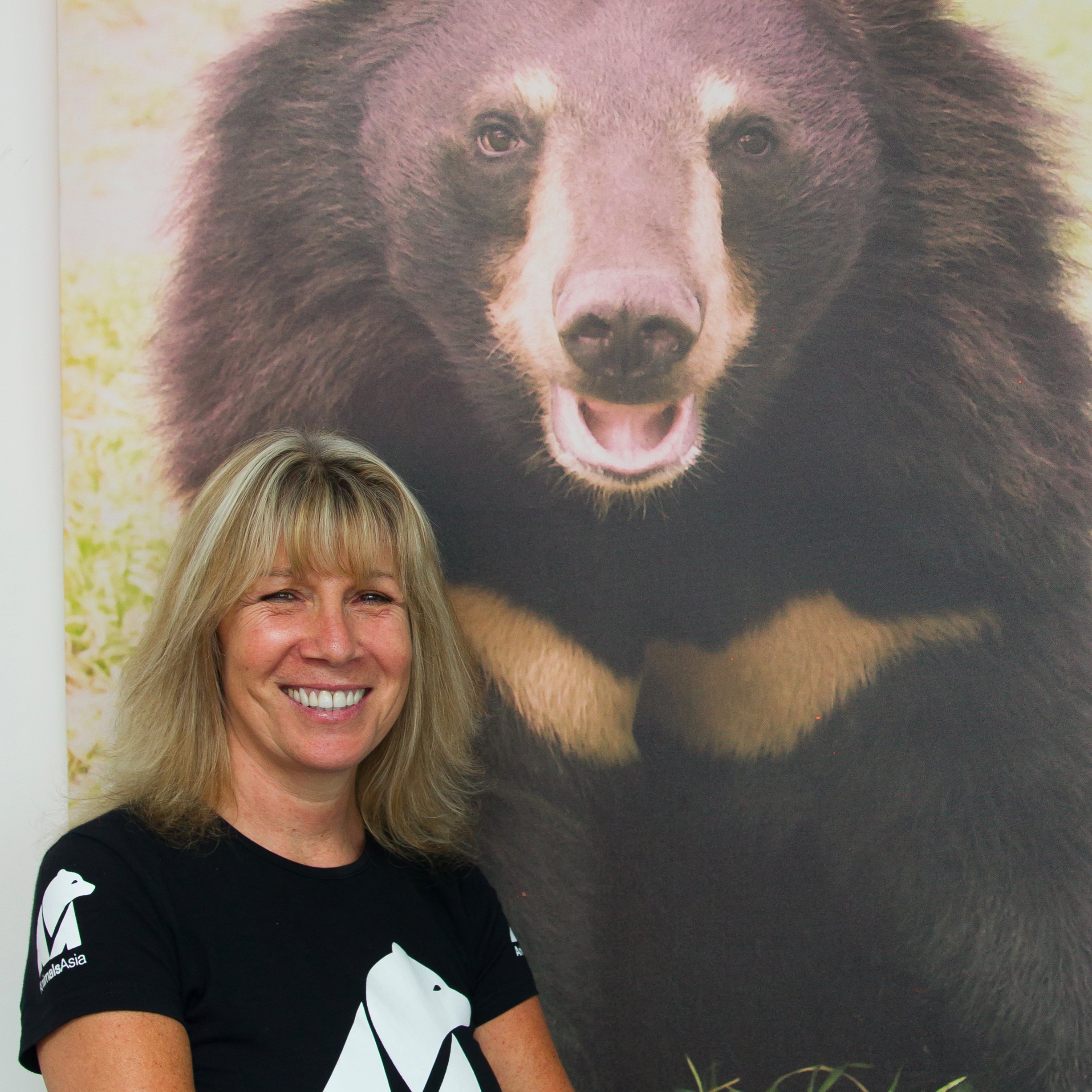 Jill Robinson first encountered a captive Moon Bear in 1993. The experience, which she recounts in our interview, changed her life. It also sparked the beginning of the end of the horrific bear bile industry.

Moon Bears are Asian Black Bears. They are called Moon Bears in reference to the trademark white fur crescent that appears across their necks. In multiple countries across Asia, tens of thousands of Moon Bears (and some other species) are held captive in tiny cages for decades and subjected to routine, extremely painful procedures to extract bile from their gallbladders. The bile is used in traditional Asian medicines and touted for a host of ailments, including hangovers.

As the founder and Chief Executive Officer of the animal welfare organization, Animals Asia, Jill has been especially successful in her mission to shut down bear farming in Vietnam. In partnership with the Vietnamese government, the industry has been winding down since 2017 and is now illegal. Soon, Animals Asia will break ground on a second rescue sanctuary in Vietnam and free hundreds of bears from a lifetime of unspeakable cruelty and suffering.

This follows another rescue this summer when Animals Asia transported 101 Moon Bears 750 miles across China to a sanctuary in Chengdu. It was the largest bear rescue in history and the subject of the new short film, “Moon Bear Homecoming,” narrated by American actor and activist James Cromwell.

English-born Jill is the recipient of many prestigious international awards that recognize her service on behalf of our more-than-human animal kin. She talks about the origin of bear farming and the developments to end it, as well as her victories for cats and dogs in Asia, from her home in Hong Kong.

Sentient Planet is a small, independent production created on the traditional land of the Nisqually Tribe in the Pacific Northwest, USA. Please consider supporting our work on Patreon. Thank you!