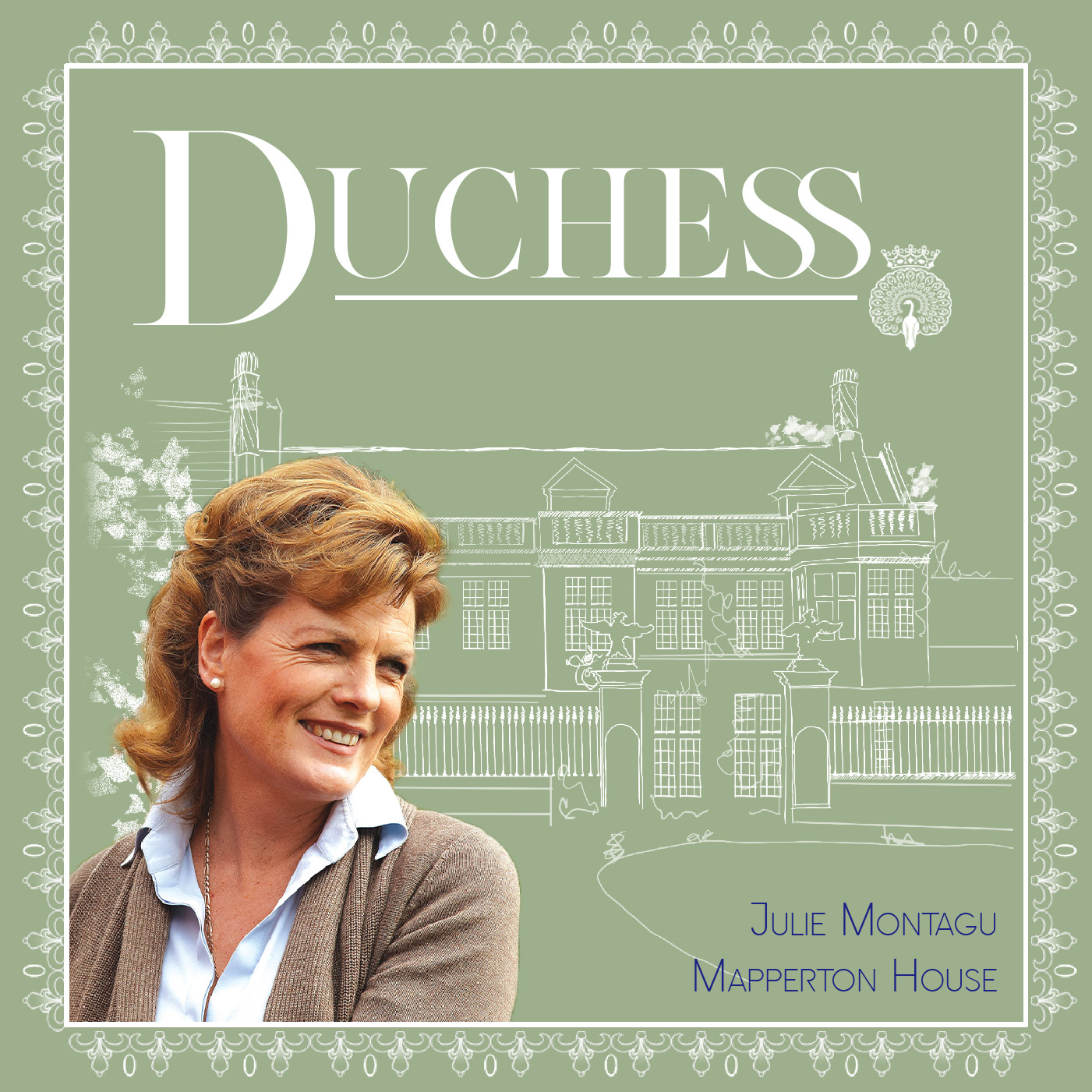 This time on Duchess, our host the Duchess of Rutland meets with Julie Montagu online to talk about her historic home - Mapperton House & Gardens. In the episode, Julie details how the Montagu’s invented the sandwich, the Duchess is taken through Mapperton’s beautiful interiors, and the ladies discuss the exciting re-wilding projects that are being initiated on the estate.

"David Attenborough said we must re-wild the world and, at Mapperton House with our re-wilding projects, we very much took that to heart. We decided to give this back to nature. In one sense, we're trying in our own way to revive it." - Julie Montagu

"My mother and father in law have embraced me for my American ways. I haven't had to change my accent, or who I am. I have never had to give up the American in me. I have been able to really bring that into the house." - Julie

"My advice to Americans entering heritage is to stay true to yourself. Embrace the history. Embrace the differences but ultimately remember that it's your happiness that's the most important." - Julie Montagu

Julie Fisher was brought up in Sugar Grove, Illinois. Upon moving in the mid 2000s, Julie would meet her future husband, Luke Montagu, Viscount of Hinchingbrooke, in 2003. The couple would marry and move into Mapperton House. Julie presented the tv series “an American Aristocrats Guide to Great Estates” where she visited many historic homes across the UK and discovered what makes them such important sites in the history of Great Britain. Julie is also a yoga teacher and enthusiast and regularly Instagram's herself practising in her home and estate.

Mapperton house has been the home of the Earl and Countess of Sandwich since the 1950s, when they moved from their ancestral home, Hinchingbrooke House. Previously, Mapperton belonged to four families – the Bretts, Morgans, Brodrepps and Comptons – until it was bought in 1919 by Mrs Ethel Labouchere. Since her death in 1955 it has been the home of the Montagus. Mapperton was entered in the Domesday Book 1086 as Malperetone. It was then the property of William de Moion, Sheriff of Somerset. Robert Morgan and his wife Mary, would build the 16th century house in the 1540s. One of the notable characteristics of Mapperton is the extraordinarily detailed interiors. Upstairs in the Great Chamber is a remarkable 16th-century pendant ceiling, one of the best surviving examples anywhere in a domestic setting. The Entrance Hall includes a striking coat of arms, and in the adjacent Dining Room, to fine 18th-century panelling. The Sandwich art collection includes fine paintings by Lely, Reynolds and Hogarth.