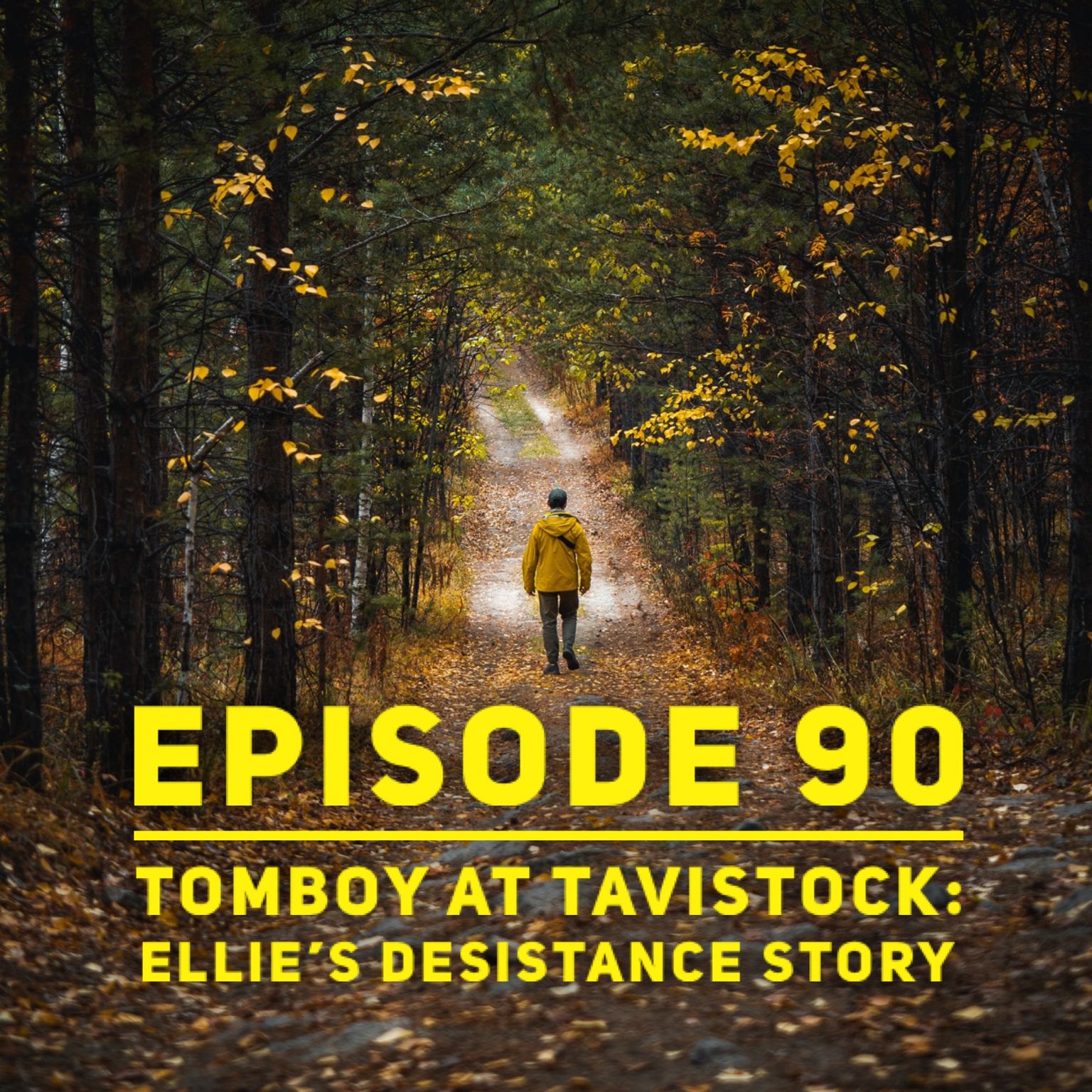 Ellie was a gender nonconforming 90s kid in the UK. She became a patient of what came to be the Gender Identity Development Services (GIDS) at Tavistock. She was seen at the time by Dr. DiCeglie, a child and adolescent psychiatrist, and the GIDS founder. Ellie describes her psychological treatment with him and her decision, early on in life, that medicalization simply was not an option. She tells us about her family life and coming to terms with being gay in her teens. Ellie is now married to her wife and living happily. But she also talks about gender dysphoria being something she, and many lesbians, simply learn to live with. She offers some fascinating insights about the way technology is used, and social media, in particular, can mimic a kind of schizophrenia experience, with too many competing voices and opinions influencing the minds of teens today. She tells us about being featured in a BBC2 children’s program as a kid, and you can see the YouTube video of this segment in the show notes. We also discuss the book Hannah Barnes has written, soon to be published, for which Ellie was interviewed. If you’ve ever wondered about the desistance literature and hoped to tie a more human, personal story to the statistics, then you’re going to appreciate this discussion with Ellie.