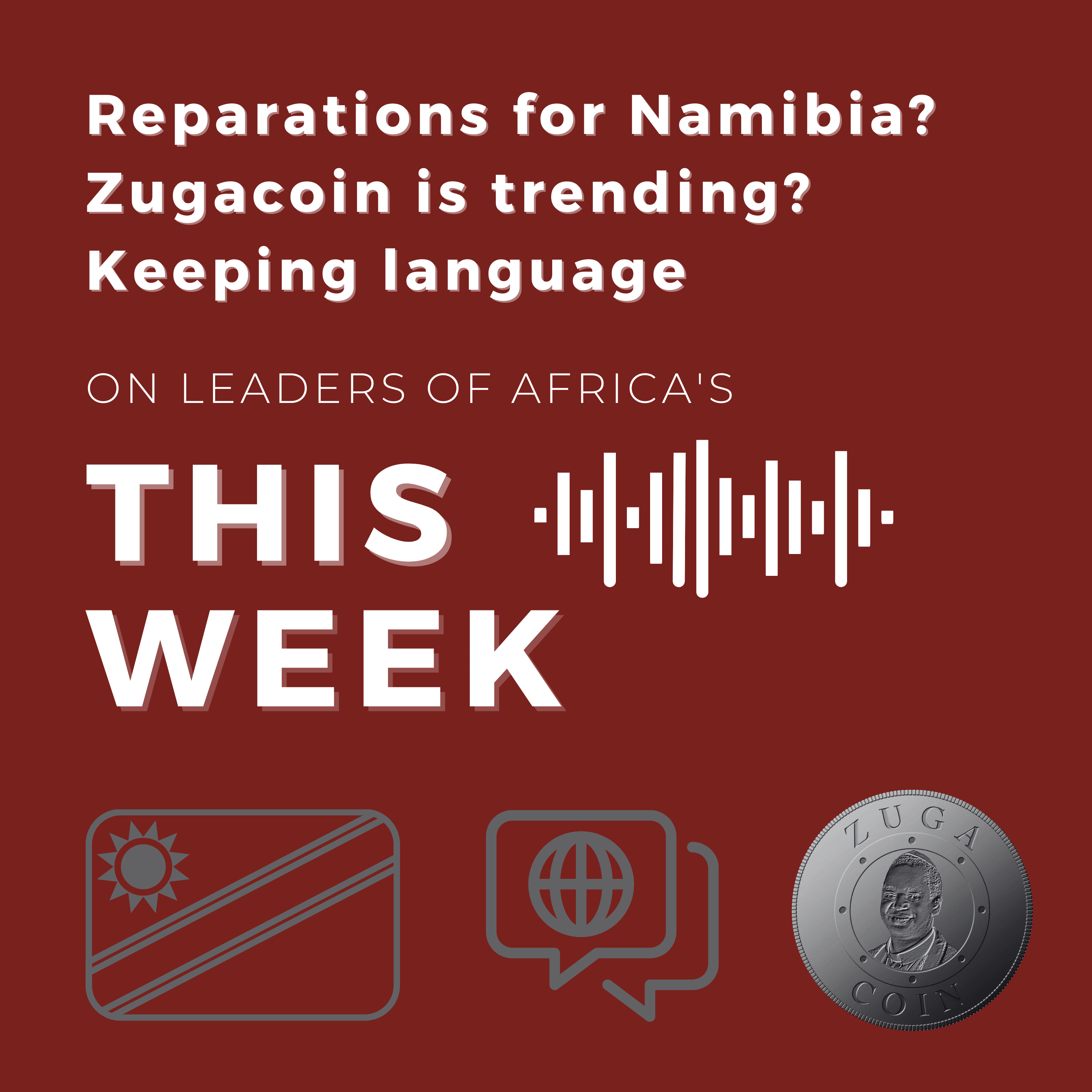 The Namibian and German governments announced a deal for "reparations." But, many Namibians feel the process did not consult local communities, mainly the Hereros and Namas, affected by the genocide in the early 1900s. What is the meaning of reparations? Who has the right to determine the punishment for the brutal legacy of colonialism? Our second story comes from the arrest of Amos Sewanu Omotade-Sparks by Nigeria's Economic and Financial Crimes Commission. He allegedly ran a ponzi scheme with a new cryptocurrency of his making called Pinkoin. Now, there are new cryptocurrencies gaining popularity, including Zugacoin. We discuss the growing nexus between the scam economy and the unregulated world of cryptocurrencies. We end this episode with a reflection on maintaining local languages despite pressures not to do so. Join the conversation on the Leaders of Africa Discord Server and tell us what is on your mind and follow the podcast on leadersofafrica.org.

Join the Discord Community Server
Learn About Leaders of Africa