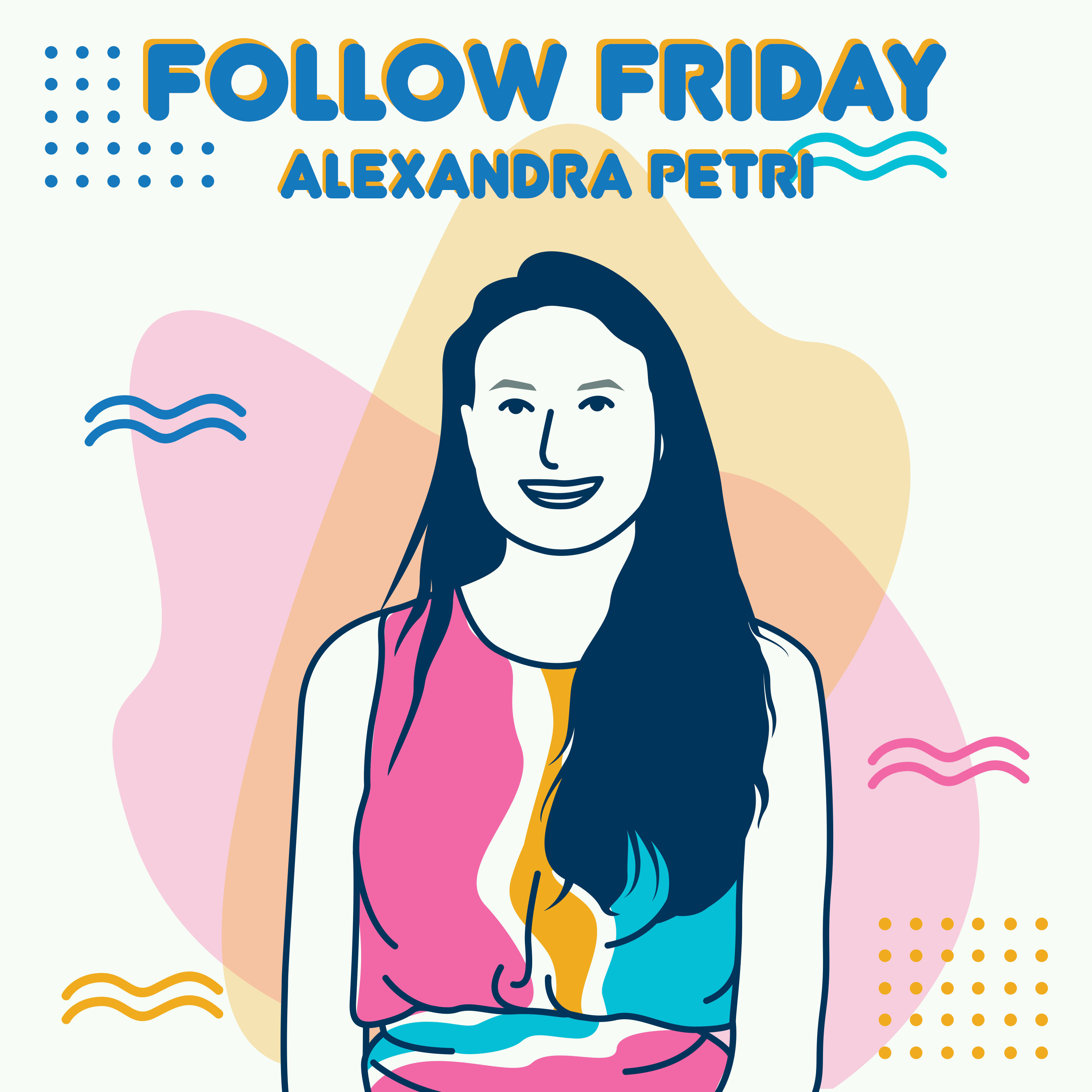 Alexandra Petri (The Washington Post): Smuggling drugs in fish, the end of the universe, yelling at "Cats"

(A full transcript of this episode is available at FollowFridayPodcast.com)

Washington Post humorist and avowed pun enthusiast Alexandra Petri writes columns with headlines like, "Are you a Brood X cicada, or just someone emerging from pandemic isolation?"; "We must get everyone in America a yacht to protect them from gun violence!"; and "I do not wish to learn anything more about my wealthy husband's near demise (which would have been sad)."

Her interests extend far beyond comedy and wordplay, however. Today on Follow Friday, she talks about being a diehard fan of newspaper comics, what she learned from visiting a UFO convention, why philosopher Jean-Jacques Rousseau was a "nightmare person," and more.

Alexandra also talks with Eric Johnson about four people she follows online: A self-proclaimed "comics curmudgeon" who has hot takes about Mark Trail and Mary Worth; an astrophysicist studying how the universe might suddenly end (whatever!); a mysterious YouTuber who reads creepy stories from Wikipedia and Reddit; and a literature phD who also celebrates trashy movies like 2019's "Cats."

Like the show? Please visit LoveThePodcast.com/FollowFriday and leave a review on any of the platforms listed there. Your review encourages new listeners to take a chance on Follow Friday.