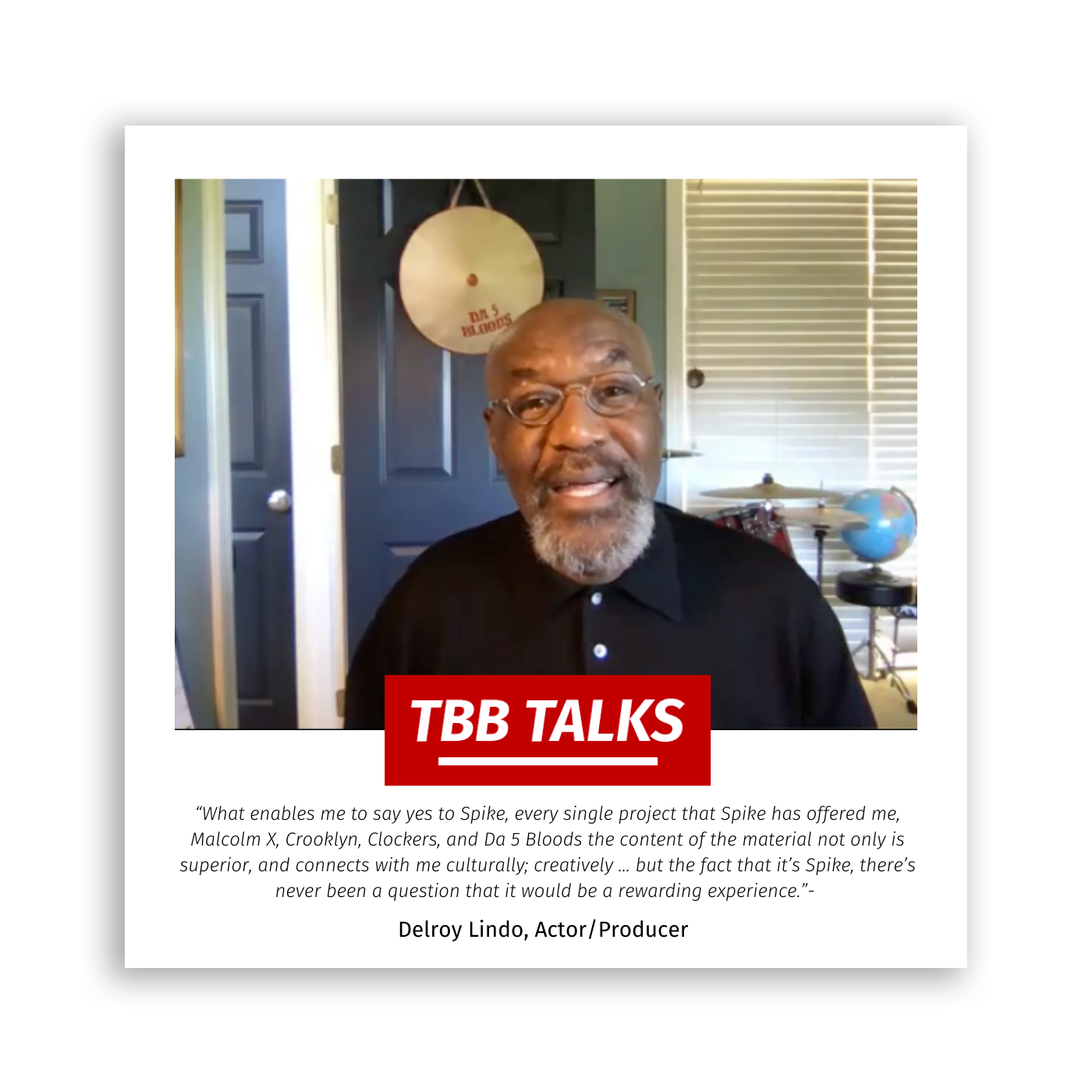 Delroy Lindo, infamously born in the UK, but emigrated to the US when a young child is one of those actors who leaves a great impression whenever he's on screen.

Having built up a working friendship with Spike Lee after being cast in Lee's stellar Spike Lee Joints 'Malcolm X', 'Crooklyn' and 'Clockers' they've reunited for Lee's latest Netflix Joint 'Da 5 Bloods' in which Lindo stays true to form, maybe even more so as 'Paul' a Vietnam/American, African-American war Veteran with PTSD.

Da 5 Bloods is an epic feature which follows four African American vets as they battle the forces of man and nature when they return to Vietnam seeking the remains of their fallen squad leader and the gold fortune he helped them hide.

TBB Talks caught up with Lindo to discuss his role and his thoughts on the importance of Black creatives being ready to claim their piece of the creative pie ...

Da 5 Bloods is available to watch on Netflix now.

Lindo will soon be seen in new series 'Harlem's Kitchen'