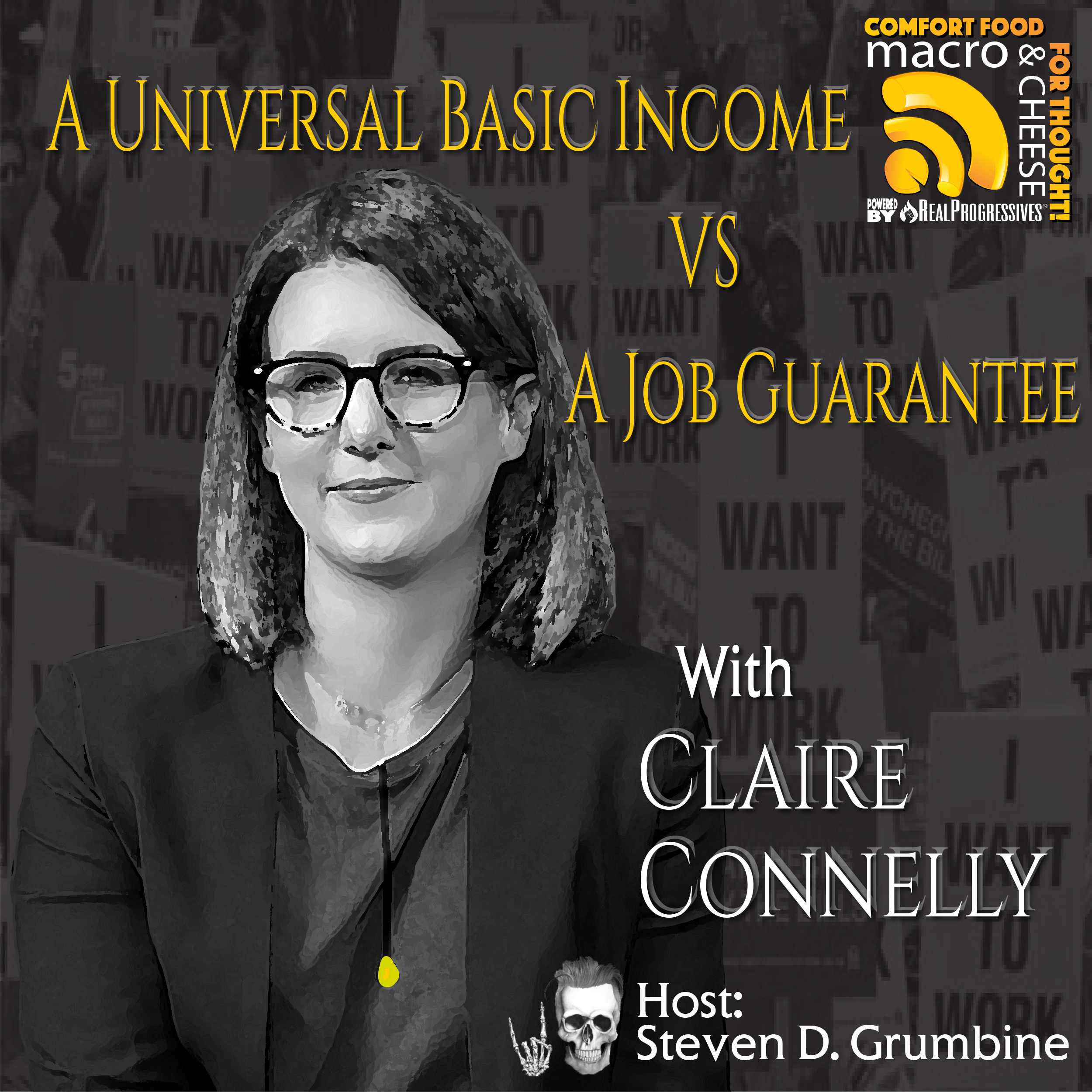 This week we’re bringing back a conversation Steve had with journalist and researcher Claire Connelly in 2017, which explores all the best arguments in the job guarantee vs universal basic income debate.

Claire says that the American nostalgia for a more prosperous era supports the case for government involvement in employment even beyond the New Deal. The fact that the US had almost full employment during WW2 is largely responsible for much of the prosperity in the postwar era. Even today, it could be said that the military is the closest we have to an employer of last resort.

Conservatives object to government involvement in the economy - but Claire points out all the ways in which the government subsidizes large corporations and enriches the lives of those at the top. Since the government creates the currency, a job guarantee wouldn’t require a tax increase that would decrease anyone’s stash of money.

We’ve given the government permission to abdicate its responsibility for employment and both sides of the political aisle are comfortable with the idea. That being the case, Claire asks why not dissolve government entirely and elect the CEO of Goldman Sachs?

The implications are directly responsible for the situation in the Eurozone. The EU, IMF, and World Bank have more power than the national governments themselves. Most of those countries have not benefited from the arrangement. Even the Greek bailout did more for the German banks more than the people of Greece.

One of our objections to a UBI is the fact that it doesn’t set a price anchor or a wage floor. It simply serves to funnel more money to these same corporations and rentiers. Claire talks about the rentier economy being one of the largest detriments to economic growth. The level of personal debt in the developed nations implies that income derived from a UBI will simply go to the rentiers - in the form of mortgages, rents, payment of credit card or other debts - doing little to improve the lives of the citizens and possibly making it worse by effecting a rise in prices.

Elsewhere in this episode, Steve and Claire discuss a range of topics from Georgian land value taxes to autism, all within the context of the jobs and income. Anyone who gets involved in arguments about the UBI and FJG will want to listen.