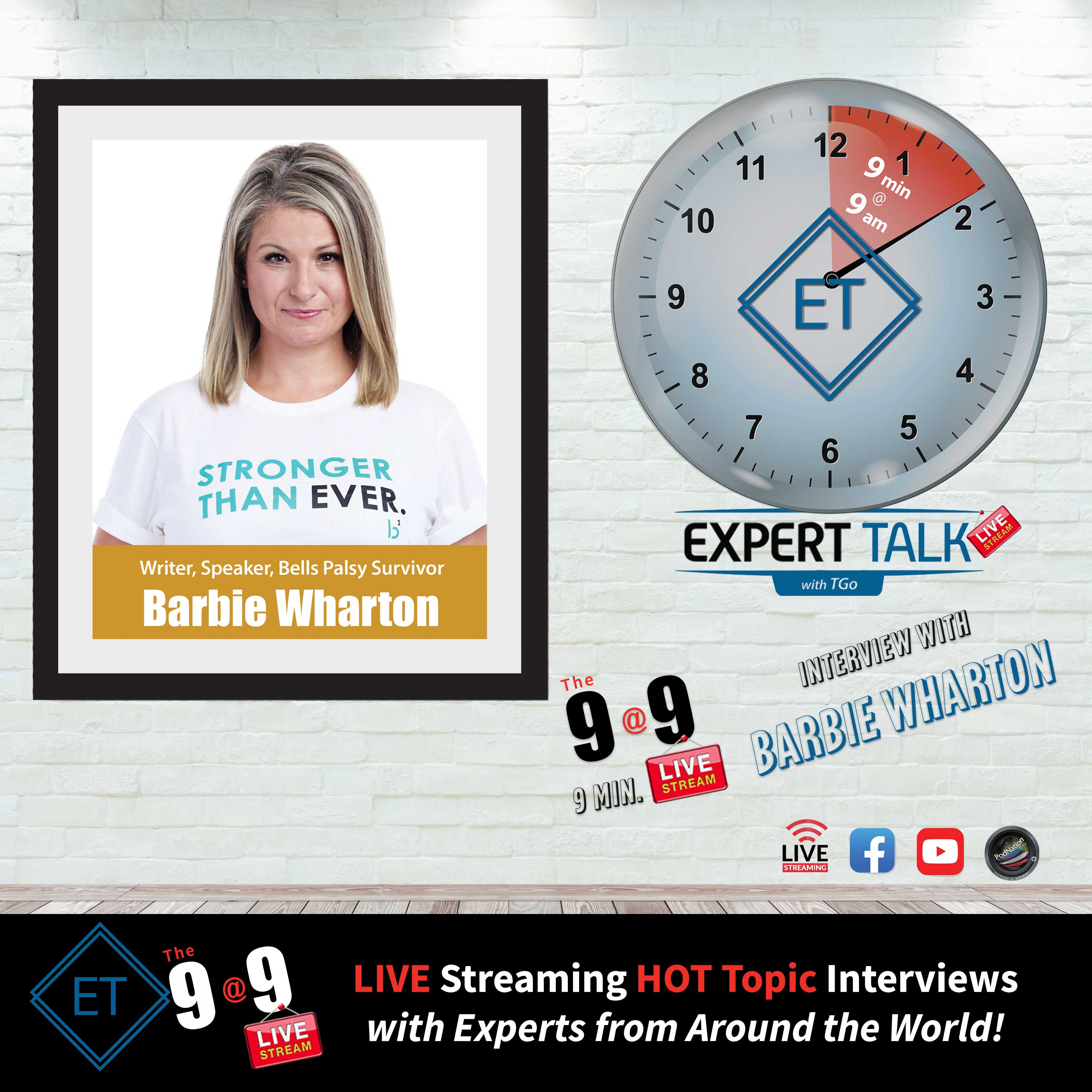 Like in the dance world, there's Barbie Wharton what's happening. Hey Friend how are you doing? I haven't talked to you in so long. I know I've missed you. I know. Life is great. Life is opening up and there's so many possibilities for all of us and you're killing it. You got so many things on the go. I can't even keep up.

I can't wait to do all of the things with you this year. I'm going. Yeah, Yeah, yeah, man. We just talked about, you know, the NOW Honors is coming up next year for the second time and we're going to do those in Vegas. You got to come down here and hang out with us. I Can't, I'm already booked my ticket tomorrow,

But there it is. There it is. She's got to come. She's going to be there, you know? And there's been, we got, you know, let's talk about the dance world. Let's talk about Canada first, because you're in Canada. What's going on? There is everything opening like it is here. Yeah. So I'm in Vancouver,

British Columbia. And I was just telling your producer and yourself that I'm up in beautiful Whistler VC. My man and I came up just for a couple of days and the world is opening up and people are happy and settled and it it's, it's, it's quite encouraging. And the way that I think everybody's kind of seeing what they want to do next.

And we've had this kind of time to cocoon and maybe just focus on, you know, what, what we actually want to do next. I mean, I know I've been doing that. You know, things that maybe mattered to you so much before and the rushing and the proving and the needing to be all just kind of went away and now we can kind of say,

Hey, you know, what do we want to spend our time doing? You know, I got to ask, I'm going to cut you off cause you I'm rude as heck. But I gotta ask, I know that when I was on quarantine, we were locked in. I had a complete list of all the things, I was gonna do once things open up. The list Did you do the list as well?

Like I was saying that to one of my girlfriends a couple of months ago, like all the things like there was, there was so much stuff that we were going to get done. Right. And of course you're going to exercise every day and, and not gain the COVID-19 that somebody bestowed on that term. But somebody said that to me the other day,

like, oh, don't worry. Everybody gained the COVID-19. And I'm like, I gained 19 pounds. Like I actually gained 19 pounds. That's crazy, that's so many things. But then that's the thing, right? We also, we slowed down and I think once we all kind of went through the shock and depression, you know, some people more than others with that underlying kind of shock,

So let's real quick because I really want to get to your new Instagram that you have going on right now. But I gotta ask you how's the dance business, Hows B1? B1 one's great. Last year we did a couple, a small events that were, were great. They were fantastic up here in BC. We were allowed to do for kids.

You were allowed to do cohorts. So you weren't allowed to have obviously have an audience. We couldn't have judges on site, but the kids came in and you know, they did their dances in groups of 50, got to dance for judges virtually, which was very cool. Also something that was so cool that, you know, in our, in our world,

we're all these virtual things that we kind of jumped on super quick. I mean, this being one of them, I know that obviously, interviews being done, you know, virtually like this obviously existed before, but our world just adapted to them super quick. I mean, you made an entire show, you started an entire show just like this. And I really don't think,

you know, two years ago you had been like, oh, I gotta do what you gotta do. I was literally in studio. I mean, in studio, we had four episodes done and then it everything's shut down. And my networks that were airing on said, figure out how to get us new content or we're going to play those four episodes until COVID is over. Thats right thats right you said that.

You're like, the same thing. But who would have thought, right? Like if you thought two years ago, you're like, oh my God, but you do what you gotta do. Same thing in the dance industry. Like these judges are watching the kids virtually. very cool. The tech company that I work with, they made this or created this program or whatever they do.

Cause they're the techie people. Thank goodness for them. They made this program to the judges were sitting at home on their couches. I could see them, they could see me, we could talk, the kids were dancing. They were scoring the kids like really, really cool. So the kids were able to come in dance live for the judges. You know,

some of the other competitions did this really cool thing where they put them together. The judges kind of judged at a later point. But for me, I thought it was really cool. It lit a fire under their butts to be like dancing for the judges right now. Great. The kids were really happy about it. So yeah, next year I have three events planned,

run dance events. And I did. You're amazing. And you know, I'm a super fan and everybody out there you want to know about dance. Her website's been flying by go contact her and talk to her because this woman, this is her family. You know, this is what she knows in her history. And if you want to know the whole story,

we got a couple of interviews in the archive, go check them out on Expert Talk, Alicia Downer out there. She's somebody from my hometown, one of my high school friends. And today, Hey Alicia, what's happening? I got to give a quick shout out to the fact that the book I am co-authored in Impact with Jen Du Plessis. We went number one on Amazon and two categories over the last couple of days.

If anybody kind of knows about it, but I started a new feed. It's called Bell's Palsy Talk and it's on Instagram. And I just kind of talk about, you know, things that have happened to me mostly just want to help people who maybe are newly diagnosed. But a lot of the focus I've been putting on is people who have had it for a long time.

For me, it's been six years and it's still a constant struggle. You got to make sure that you keep your face, you know, stretch it out. Do you exercise? Stress affects that cold affects it. And yeah. So for those who haven't heard about it, or if you're struggling with it yourself come over there, I'm really enjoying chatting with people on that feed Bell's Palsy

Talk on Instagram. Yeah. Awesome. So what's going to happen. Cause we got like a minute and a half. What's going to happen with these people that are the kids that are at home right now that maybe are not, you know, in your area. How do they find out where they can go dance and get back involved in all of that good stuff?

Well, dance always starts in September. So if you've been interested in dance, go out, go to the studios in your area, try out classes. Cause quite often they'll have summer classes, summer sessions that you can give a shot to give a try. If you've always wanted to try hip hop or contemporary dance, give it a shot. Cause you don't know what you're missing unless you try.

Oh my goodness. I can't believe you didn't get cut off see. You're so good. And I'm looking forward to having you come down here in May and, and just hang out with us. You gotta come for a few extra days. Cause we got to hang. 100 percent. Yeah and then we're going to get a couple of interviews in and get you on the stage.

It's going to be so much fun, but I know you'll be back on the 9 @ 9 way before May of next year. You're amazing. My friend. Thanks for coming on the Show. Anytime. I'm always here for you and we're booking my ticket tomorrow. I'm coming... and he almost got us, he almost got us Barbie Wharton, You are great. You're fantastic. You're one of my closest friends on this thing.

We call you know television streaming, all that good stuff. I want to thank everybody for watching. I want to thank you for hanging out and always, I'm TGo and I'll talk to you next time. Bye. Bye.