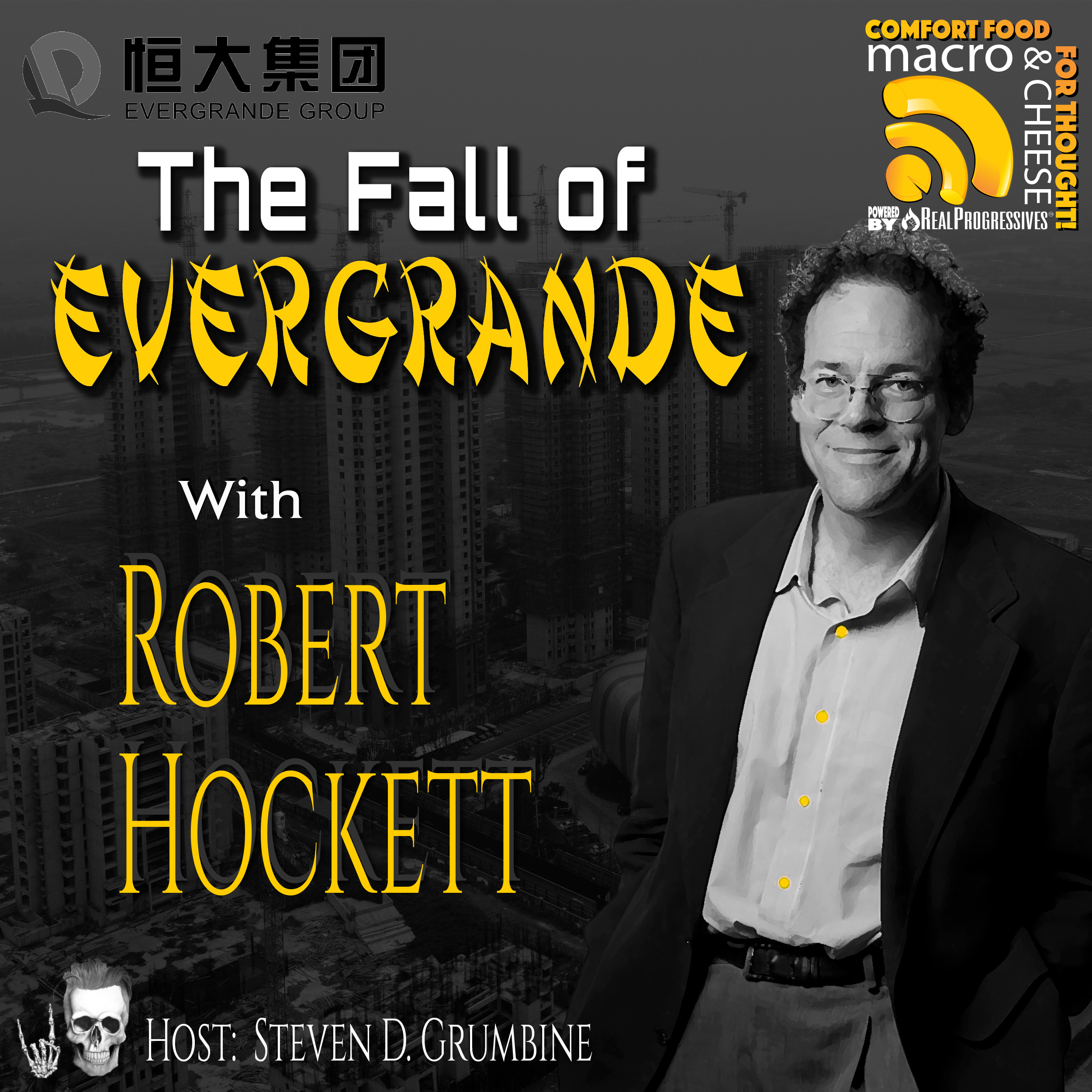 Somber headlines recall the 2008 financial crisis: “Global financial markets have been on high alert,” warns the BBC. “Chinese property giant Evergrande is on the brink of collapse, and analysts warn the potential fallout could have far-reaching implications that spill outside China’s borders,” says CNBC. From the New York Times: “Every once in a while a company grows so big and messy that governments fear what would happen to the broader economy if it were to fail.”

To navigate this story, we needed someone immune to hysteria, so Steve invited the infinitely sensible Robert Hockett to guide us through the Evergrande saga.

Hockett begins the episode with a brief history of China’s strategy for economic development. Unsurprisingly, it looks a lot like that of the US, Germany, and Japan, in different eras. The so-called export-led growth strategy involves developing industries that can achieve a sizable share of the global market for manufactured goods, starting at the low end and proceeding up the ladder to higher end products. Current account surpluses are plowed back into domestic investment, creating a virtuous circle and growing productive capacity.

Throughout the history of capitalism, developed nations have been willing to tolerate current account deficits of developing economies for a number of reasons. During the post-WWII cold war years, the US was in competition with the Soviet Union for influence with Germany and Japan, for example. Sometimes, it’s simply to help create good trading partners. The US was pleased to see China join the WTO in 2000.

And even before that, the US was willing to endure or experience sustained current account deficits vis a vis China on the theory that China developing more rapidly in consequence of that strategy would ultimately give it a stake in the global neoliberal order that it would become a team player…

But as tends to happen over time, after a while, the countries that are footing the bill as it were, or in this case, the US, which was footing the bill in the form of rapidly hollowing out industrial base and even more rapidly eroding labor standards and workplace standards all in the name of global competition or competitiveness. Eventually the US began to object.

When the pressure mounted, the Chinese government turned toward investment in domestically generated demand. They looked at the commercial and residential real estate bonanzas that drove American growth during the Reagan and Clinton years, respectively. These investments are substantially debt fueled. Ergo, Evergrande.

As for predictions of imminent financial meltdown, Hockett remains sanguine. If a bailout is required, the Chinese government has the capacity to do so without the kind of constraints, real or fictional, that prevent the US government from acting in the interests of the majority. China is not afraid to attach strings to bailouts, including, if necessary, seizing control of a private company.

Grumbine takes a detour to ask about infrastructure. Given the deteriorating state of infrastructure in the US, it’s remarkable to see the massive amount of government spending in China, some of which may appear baffling to people in the West. They have literally built bridges to nowhere and uninhabited ghost cities, but there is logic behind it. It is a way to both spend money into the economy as well as prepare for the eventual migration of people from the countryside. Rather than tent cities and Hoovervilles, they will have housing, roads and utilities.

One conclusion we might draw from this episode is that sovereign states’ differing approaches to spending their fiat currency can have vastly different outcomes.