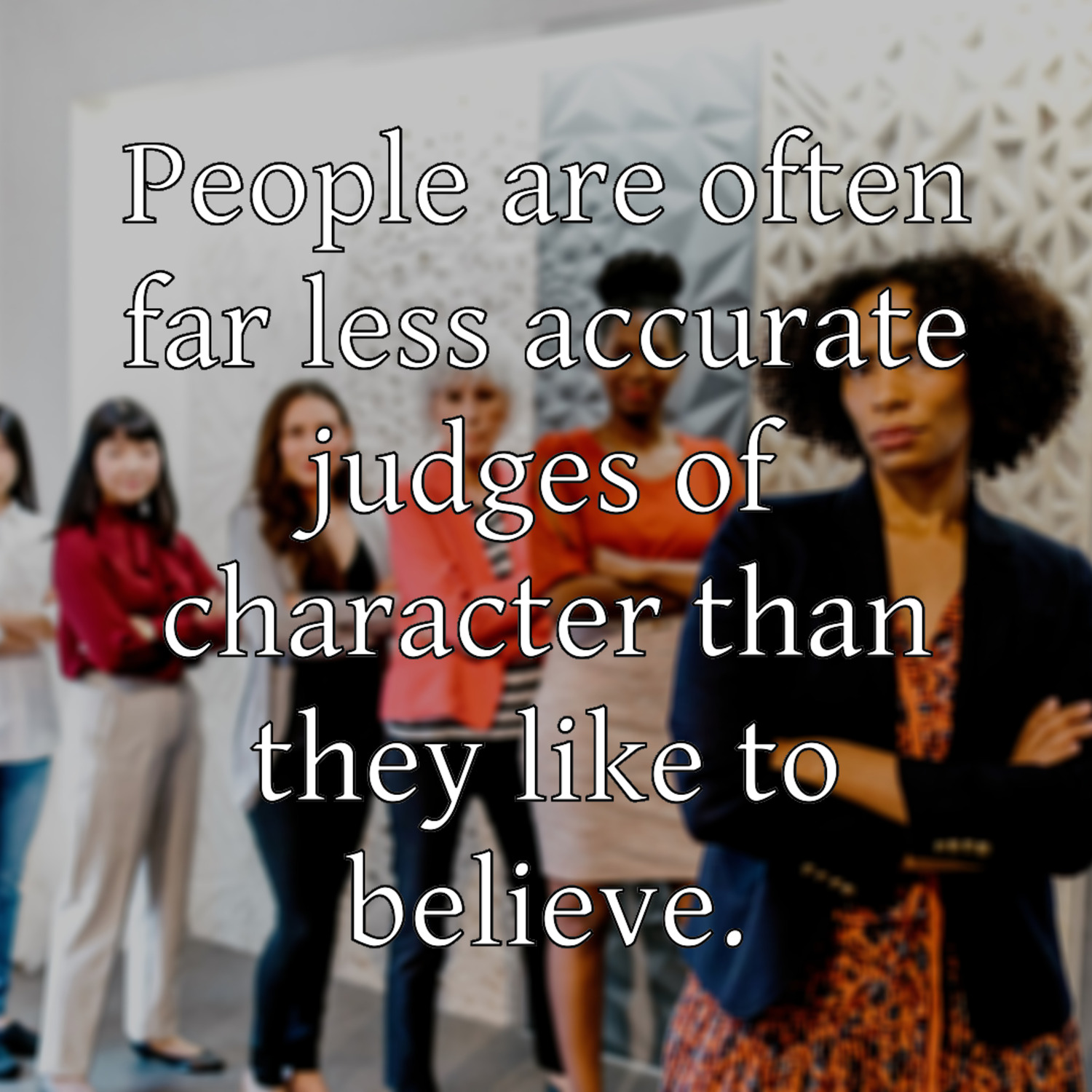 Most of the communication that takes place between people is non-verbal in nature. What people say is often a poor indicator of what they want to convey, which makes people-reading a valuable life skill with almost endless benefits. Although we’re all blessed with different aptitudes, it’s possible to develop this skill in ourselves, as long as we can be honest about where we’re starting from.

• No matter which theory of model we use to help us analyze and interpret our observations, we need to consider context and how it factors in. One sign in isolation rarely leads to accurate judgments; you need to consider them in clusters. The culture people come from is another important factor that helps contextualize your analysis appropriately.

• Behavior is meaningless in a void; we need to establish a baseline so that we know how to interpret what we see. This means that you need to ascertain what someone is normally like to detect deviances from that to draw accurate interpretations of when they’re happy, excited, upset, etc.

It’s very easy to boldly claim that you understand another person’s motivations, without ever really stopping to check if you’re correct. Confirmation bias, unfortunately, is a more likely explanation—i.e., you remember all those times your assessments were correct and ignore or downplay the times you clearly got it wrong. That, or you simply never ask if you’re right in the first place. How many times have you heard, “I used to think so-and-so was such-and-such kind of person, but once I got to know them, I realized I was completely wrong about them”?

The fact is that people are often far less accurate judges of character than they like to believe. If you are reading this book, chances are you know that there are a few things you could probably learn. It never hurts to start a new endeavor on a blank slate. After all, nothing can get in the way of learning truly effective techniques like the conviction that you know everything already and don’t need to learn!

So, with that in mind, what are the obstacles to becoming brilliant at reading people?

Firstly, the biggest thing to remember is the effect of context. Maybe you’ve seen a listicle online to the effect of “5 Telltale Signs Someone is Lying,” and went on to see if you could spot any in real life. The trouble with this is obvious: is the person looking up and to the left because they’re telling a lie, or has their attention simply been caught by something on the roof?

In the same way, a person making an interesting “Freudian slip” in conversation could be telling you a juicy secret about themselves—or they could simply be sleep deprived and literally just made a mistake. Context matters.

In the same vein, we cannot take a single statement, facial expression, behavior, or moment to tell us something definitive about the whole person. Have you not already done something today that, if analyzed alone, would lead to some completely nonsensical conclusions about your character? Analysis can only happen with data—not a single datum—and it can only happen when we are able to see broader trends.

These broader trends also need to be situated in the cultural context that the person you’re analyzing comes from. Some signs are universal, whereas others can vary. For example, talking while your hands are in your pockets is looked down upon in most cultures. Eye contact, on the other hand, can be a tricky affair. In America, eye contact is generally encouraged because it is considered a sign of honesty and intelligence. However, in places like Japan, eye contact is discouraged because it’s thought to be disrespectful. Similarly, a set of cues may mean one thing in your own culture, and something entirely different in another. It can be slightly difficult to remember these different models of interpretation initially, but as you practice the art, it’ll start coming to you naturally.

If a person does the same unusual thing five times in a single short conversation, then that’s something to pay attention to. If someone simply claims, “I know that woman. She’s an introvert. I saw her reading a book once,” you wouldn’t exactly call them a master at unraveling the human psyche! So, it’s worth remembering another important principle: in our analysis, we look for patterns.

Another way that smart people can come to not-so-smart conclusions about others is if they fail to establish a baseline. The guy in front of you may be making lots of eye contact, smiling often, complimenting you, nodding, even touching your arm occasionally. You could conclude that this guy must really like you, until you realize that this is how he is with every person he meets. He in fact is showing you no interest above his normal baseline, so all your observations don’t quite lead where they ordinarily would.

Finally, there’s something to consider when you’re studying other human beings, and it’s often a real bind spot: yourself. You might decide that someone is trying to deceive you, but completely fail to take into account your own paranoid and cautious nature, and the fact that you were recently lied to and are not quite over it yet.

This final point may ironically be the real key to unlocking other people—making sure we understand ourselves at a bare minimum before we turn our analytical gaze outward. If you’re unaware of how you may be projecting your own needs, fears, assumptions, and biases onto others, your observations and conclusions about others will not amount to much. In fact, you may have simply discovered a roundabout way of learning about yourself and the cognitive and emotional baggage you’re bringing to the table.

Let’s see some of these principles in action.

Let’s say you’re interviewing someone your company intends to hire. You have only a short time to determine whether she’d fit in with the rest of the team. You notice that she’s talking quite quickly and occasionally stumbling on her words. She’s sitting literally on the edge of her seat, hands clasped tightly together. Could she be a very nervous and insecure person? You suspend judgment, knowing that everyone is nervous in interviews (i.e., you respect context).

You notice the candidate mention more than once about how her previous employer was very demanding with time, whereas she prefers to work independently and manage her time herself. You wonder if this means she’s poor at taking direction from management, or if she genuinely is a more independent and proactive type. You have no baseline, so you ask her about her university days and what she studied. She tells you about research projects she conducted independently, and how closely she worked with her old supervisor. This tells you that she can work under management . . . if the project is something she cares about.

If you had only focused on her nervousness, you wouldn’t have gotten very far. Many recruiters will tell you that speaking ill of a previous employer is hands down a red flag, but in the interview, you look for patterns, not single events. You may even consider that she may be acting nervously because you are making her nervous. You might know that by being a tall and physically dominating person with a deep voice and a serious expression, what you are witnessing is not the woman herself, but the woman as she appears in your company.

By remembering a few simple principles, we can ensure that our analysis is always contextual, well-considered, and three dimensional. It’s about synthesizing the information we have in front of us into a coherent working theory, rather than simply spotting a few stereotypical behaviors and coming to easy conclusions.