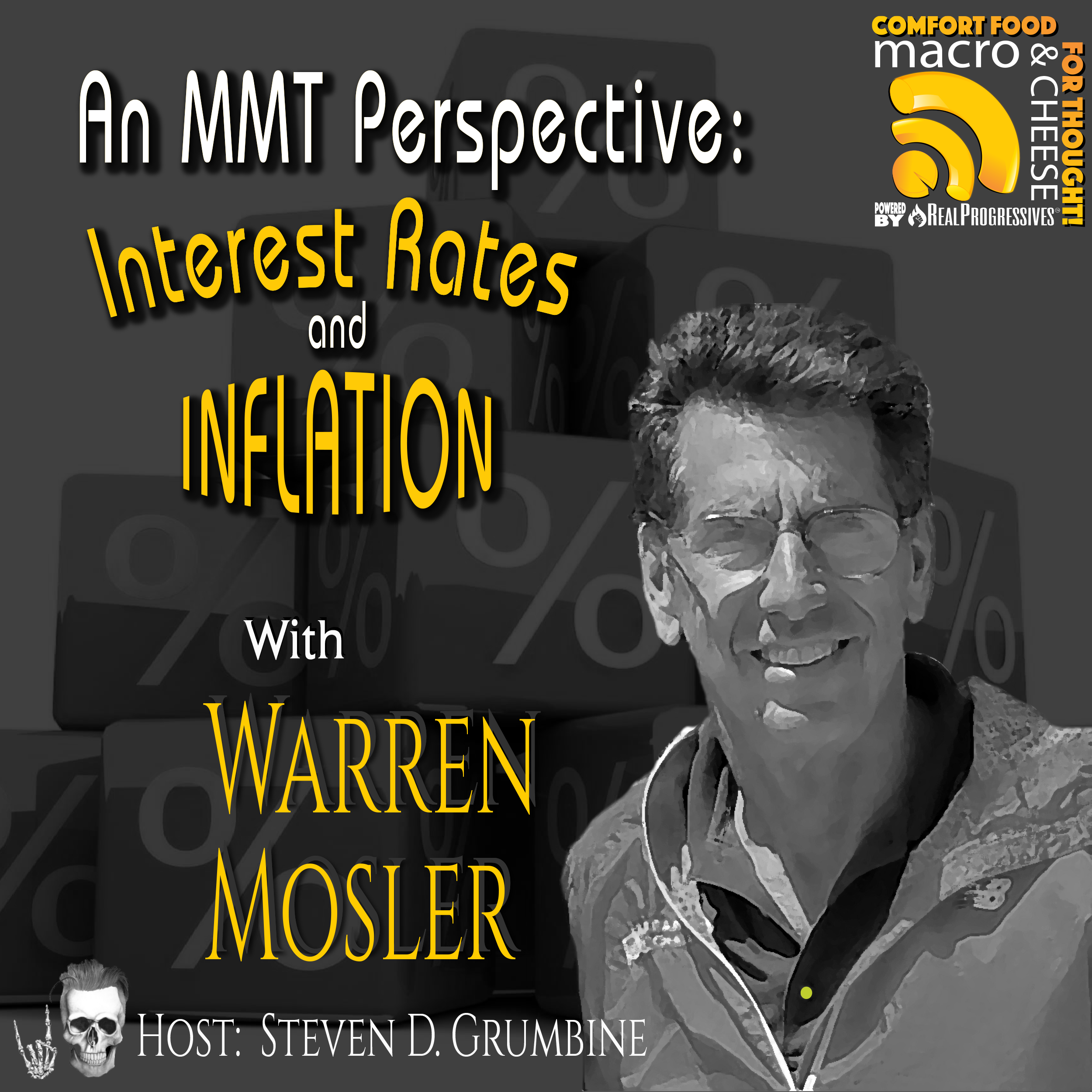 Real Progressives is on a mission to bring Modern Monetary Theory to the layperson. We don’t assume you’ve studied economics, only that you’re open-minded and curious. Once the MMT light bulb goes on, it reveals a myriad of implications, making it a powerful tool for political activists and organizers. It’s almost impossible to think of a political agenda unaffected.

Some Macro N Cheese episodes can be difficult for newcomers, but it’s worth sticking with us. All will be revealed!

Steve’s guest this week is Warren Mosler, the man who created (discovered?) MMT. Many of our listeners first learned the basics from him and whenever he comes on the show, he and Steve spend at least part of the interview going over the money story. This episode is no different. They discuss the dollar as a tax credit and what it means to say the government is the price setter. Warren explains why “every MMT proponent starts off any inflation discussion by pointing out the reminder that the currency is a public monopoly.”

Looking at the current situation in the US, Warren notes that early in the pandemic we saw the reduction of harmful emissions by around 50% as a result of eliminating non-essentials.

Now, after a year or so, as the economy has come back, now we're starting to perform these non-essentials again. Emissions are back to where they were, and we're talking about massive new programs with real resources, funding multiple tens of trillions to stop emissions going up and maybe bring them down to where we got to the first week of the crisis by eliminating non-essentials. Does that tell you something?

Warren goes through the economic results of the pandemic, discussing what has been going on with personal consumption and private debt accumulation and whether we’re facing the threat of inflation, as well as potential actions of the administration and the Fed. Warren gives us his take on banking regulation - rather, deregulation - and the mortgage crisis. They even touch on one of Steve’s favorite paper tigers, the petrodollar.

We mustn’t neglect to mention Representative Yarmuth, Democratic Chairman of the House Budget Committee. He recently appeared on C-Span where he explained, “The federal government is not like any other user of currency, not like any household, any business, any state or local government. We issue our own currency, and we can spend enough to meet the needs of the American people. The only constraint being that we do have to worry about inflation.” He proceeded to give a shout-out to The Deficit Myth. That sounds like a victory for MMT.

Warren Mosler is an American economist and theorist, and one of the leading voices in the field of Modern Monetary Theory (MMT). Presently, Warren resides on St. Croix, US Virgin Islands, where he owns and operates Valance Co., Inc. He is the author of “The Seven Deadly Innocent Frauds of Economic Policy” and “Soft Currency Economics,” which are available on his website.