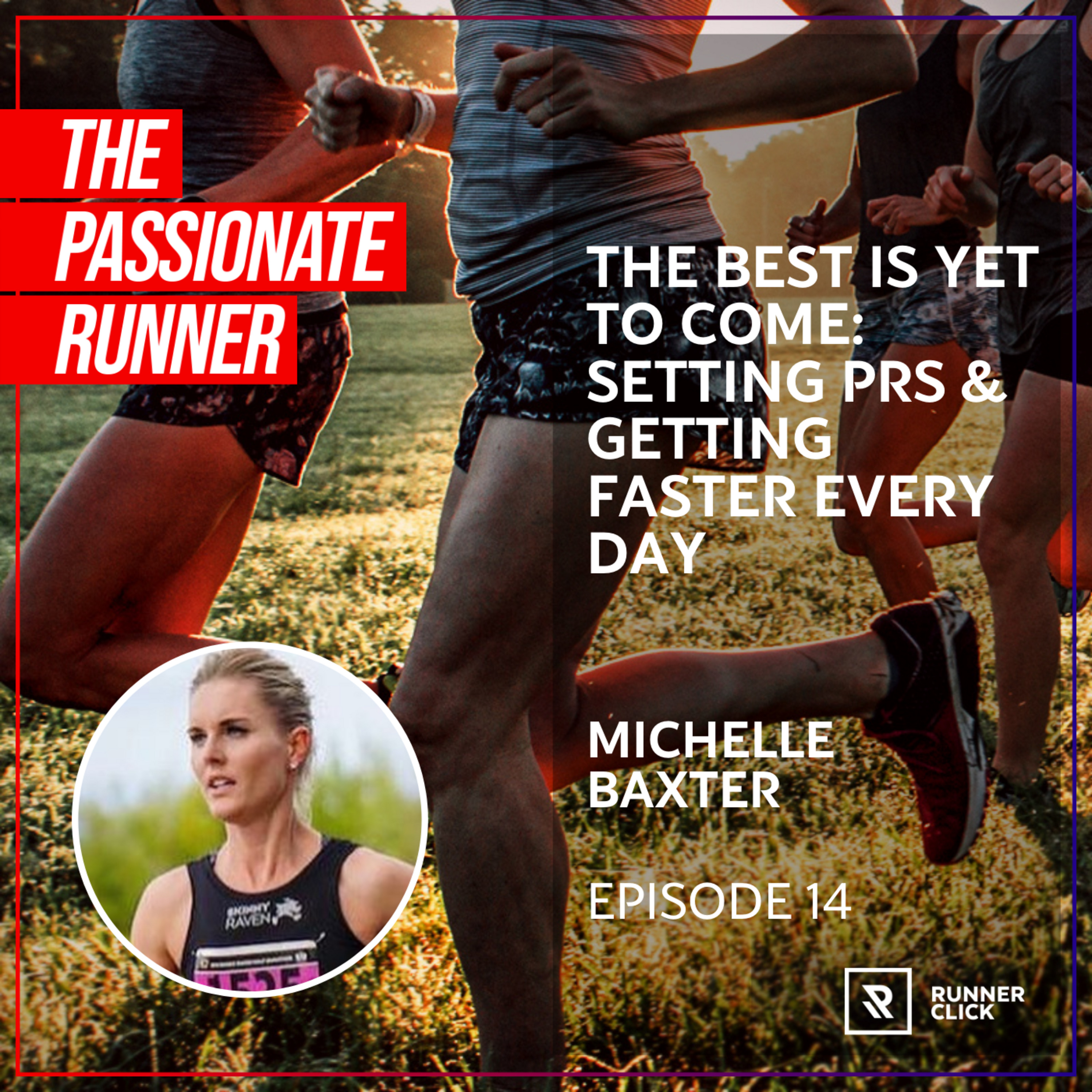 Michelle Baxter is a mother of two who lives and trains in Anchorage, Alaska. Michelle became obsessed with running at age ten and, almost thirty years later, she’s still setting PRs, coaching others in their running goals, and she finally achieved her dream of running a sub 3 marathon in 2021. Today, Whitney and Michelle talk about how Michelle stays motivated to train in the cold and dark climate of Alaska, the nutrition hacks that helped her achieve her goals, and how she’s been able to balance being a mother with continuing to improve as a runner.

00:53 – Whitney Heins introduces today’s guest, Michelle Baxter, who joins the show to talk about her running journey, what brought her to Alaska and the difficulty of training in such a cold and dark climate

16:01 – What helps Michelle remain mentally strong during strenuous workouts and recalling the tragedy of the 2013 Boston Marathon bombing

21:57 – Michelle reflects on how she balances pushing herself and giving herself breaks as she coaches herself

36:56 – What keeps Michelle motivated as a mother runner

42:41 – A wave of emotions after finally achieving her goal of a sub-3 marathon

51:01 – Battling the feeling of being tired and the importance of sleep and recovery

55:00 – Whitney thanks Michelle for joining the show and lets listeners know where to follow her

“People say it’s manic-depressive. It’s depressing during the winter and manic during the summer just because you try to cram everything in in those three months. Whether it’s hiking, fishing, camping, all of those things we try to cram in during a very short period of time.” (10:55)

“Your biggest cheerleader is your past self. Nobody’s cheering for you more than your past self. When I think back to myself as a college athlete, I was below average. So now to see the progress that I’ve been able to make over those fifteen years, it’s really cool. Even that motivates me to keep going and see how much faster I can get.” (40:28)