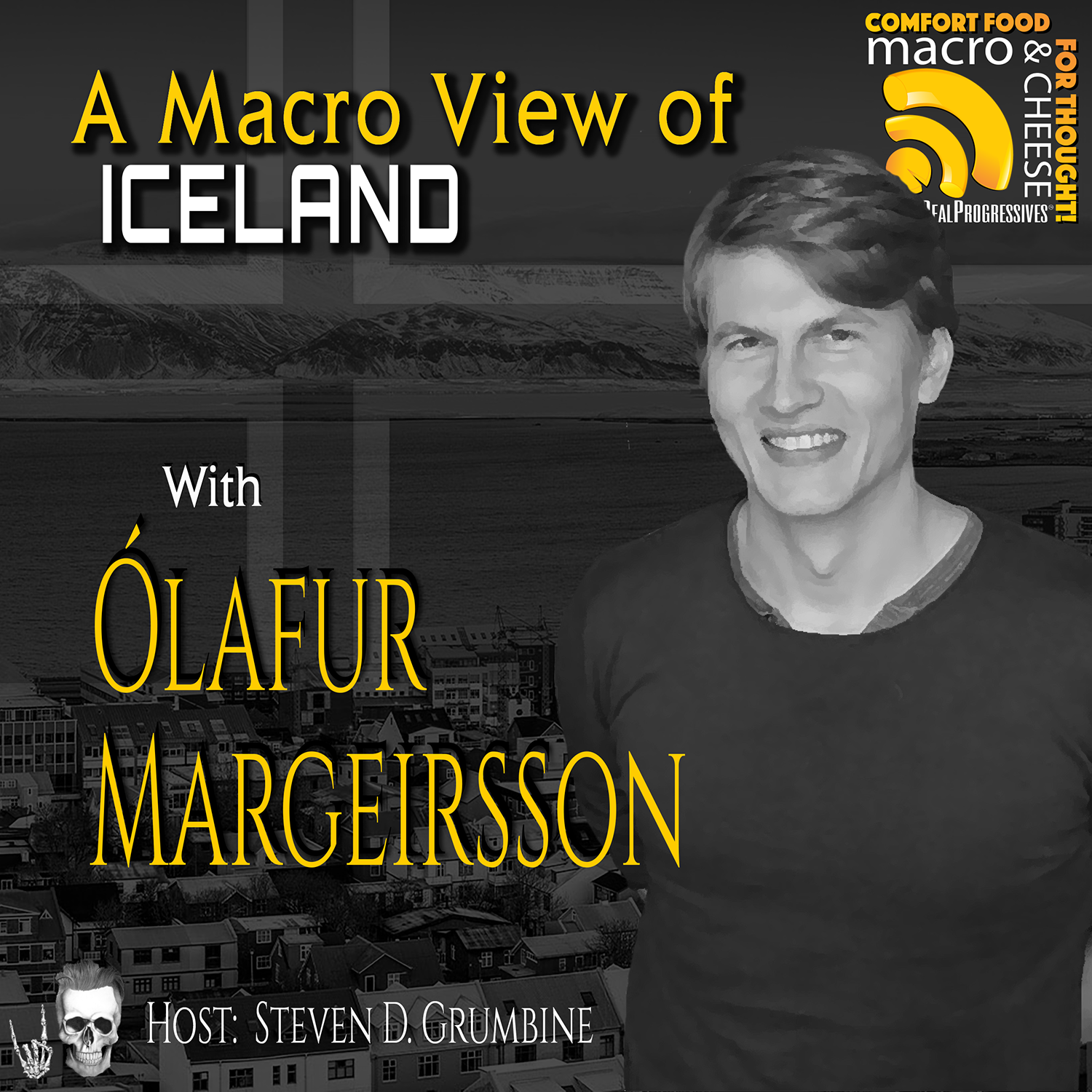 **Transcripts and extras for this episode can be found at realprogressives.org/macro-n-cheese-podcast.**

Iceland’s economy is an example of MMT working the way MMT economists say it works. It is the second smallest free-floating currency in the world. However, despite its size, conditions are dramatically different than in a country like Greece, shackled to a currency outside its control. For better or worse, Iceland has a bit of monetary sovereignty.

“When you have your own currency, you can develop your economy by very smart economic decisions, domestic investments that build up the production capacity of the economy. Or you can use that currency to basically create a credit bubble, which then runs the economy to the ground.”

Steve’s guest, Ólafur Margeirsson, has written more than 250 articles on the Icelandic economy over the past decade and, until recently, had a unique vantage point as an alternate member of the Central Bank of Iceland’s Supervisory Board. Despite Icelandic society’s Nordic influences, in this episode you’ll hear echoes of our past interviews with Fadhel Kaboub on the global South. With those countries it shares obstacles that arise from not producing all that they need. Its currency isn’t internationally accepted, so exports must generate income in foreign currencies to pay for imported goods.

Iceland relies on three main exports - aluminum, fishing, and tourism – each about a third of the gross exports. These are vulnerable to all the problems of modern economies. The aluminum smelters are owned by foreign companies, so the profits do not benefit Iceland. Poorly managing their resources resulted in over-fishing, a blight on both the environment and the livelihoods of a sector of the population. Tourism, which helped Iceland recover from the 2008 global financial crisis, is dependent on the economic health of other countries.

Like the US, shadow banking has been a huge problem, but unlike the US, it’s not a problem anymore. Not since 2008. There are other differences. Unlike the US, Iceland has a strong social welfare system. By saying no to austerity, it recovered from the GFC more rapidly. Instead of a standing military, Iceland has a SWAT team (of maybe 20 people?) which is the only weaponized force in Iceland. Imagine that.

One more thing - shortly after the 2008 crisis they had a Debt Jubilee.

Iceland is not a socialist paradise, but its story is instructive. With the clarity of his MMT perspective, Ólafur is an ideal tour guide.

Ólafur Margeirsson writes about the Icelandic economy and specializes in financial instability, foreign direct investment, MMT, and real estate. Until recently he sat on the Supervisory Board of the Central Bank of Iceland as an alternate member. Currently, he is head of Global Real Estate Research at Credit Suisse.